Here is our round-up of some of the latest corporate charity partnerships, including both new partnerships and results to date.

ISS Facility Services, one of the largest facilities management organisations in the UK, has beaten its fundraising target of £500,000 for the British Heart Foundation. The company has raised £523,000 since commencing its support of the BHF in January 2010, and is on track to hit £550,000 by the end of the year, marking the end of the five year partnership.
ISS has also promoted the charity’s heart health information to empower staff to take steps towards a healthier lifestyle, through monthly heart health documents on their intranet, a heart health quiz, promoting No Smoking Day and offering the BHF’s Heart Matters membership service.

Britain’s Biggest Pub Tour has come to an end having raised £275,000. The initial target was £100,000, and with further fundraising activities still to take place in October, the company expected the final total to pass £300,000.
’Britain’s Biggest Pub Tour’, ran from 18 May 2014 throughout the summer. The tour aimed to raise funds through a variety of events at Stonegate establishments. Armed with a giant ‘Pledge Passport’, the tour started at Yates in Hastings and teams from each pub on the 5,555 mile route delivered the passport from pub to pub, using quirky modes of transportation. From roller-skating to zip-wiring, barrel-rolling to helicopter riding, the challenge was to complete the tour in just 124 days.
The tour culminated in a celebration party where Variety’s latest Celebrity Ambassador English actor and television presenter Warwick Davis was formally inducted into his new role at Britain’s Biggest Pub Tour’s by revealing the total money raised at the Slug and Lettuce at Tower Bridge, London.
As part of the fundraising, 50p from the sale of a special Strawberry Pimm’s and a pint of a specially brewed real ale, The Crawler golden blonde ale, has been donated to the charity throughout the duration of the tour.

Legal firm Allen & Overy has chosen Amref Health Africa as its charity partner for the next two years. The charity was one of four shortlisted and voted on by 2,500 staff around the world.
The firm donated £1 to the relevant charity for each vote cast.

Marks and Spencer and WWF UK are celebrating three years of their M&S Forever Fish. WWF ambassador and British actress Miranda Richardson narrates this video that celebrates what’s been achieved and thanks the UK public for their support.

5. The Courier and The ARCHIE Foundation

The Courier, a DC Thomson newspaper, is supporting The ARCHIE Foundation in its campaign to raise £2 million for the Tayside Children’s Hospital.
Support began on 4 November with front page coverage of the launch of The ARCHIE Foundation’s Tayside Children’s Hospital Appeal. The newspaper covered the charity, details on its previous fundraising initiatives in the North of Scotland, and a number of case studies.
It is committed to bringing its readers progress reports on the campaign and the new suite that it will help fund and equip.

6. Clifford Chance and The Equality Effect

International law firm Clifford Chance has chosen Canadian charity The Equality Effect as the fifth winner of its annual Access to Justice Award. The prize is  500 pro bono hours and a £50,000 donation.
The charity uses human rights law to make girls’ and women’s rights real, particularly in relation to education and health and to fighting sexual violence. It plans to use the award to implement a landmark court ruling by the High Court of Kenya which ordered “prompt, effective, proper and professional investigations” into child rape cases.
In 2013/14 lawyers and business services staff at Clifford Chance carried out over 56,000 hours of pro bono and community work, worth £18.1 million. The Clifford Chance Foundation co-ordinates the firm’s charitable giving, which focuses on firm-wide and locally-driven schemes that “widen access to justice, finance or education”. In 2014/15 the Foundation will give £1.2 million in donations, with offices also providing additional support for specific local initiatives including sponsorship and match-funding for individual fundraising efforts.

7. Goldgenie and Tree of Hope

Goldgenie is donating a 24ct gold iPhone to to be auctioned online to raise funds for the Hope for Harmonie campaign which is being run by the Tree of Hope children’s charity.
11-month-old Harmonie Rose-Allen from Bath, Somerset, caught meningitis and was put on life-support. She will have to have both arms and legs amputated.
Laban Roomes, CEO, Goldgenie Global, said:

“We were very moved when we read about Harmonie’s situation in The Metro last week. Meningitis is such a cruel disease and it is an awful thing for such a young child to lose her limbs to it. To ensure a suitable living environment and the best prostheses possible, Harmonie has an expensive road ahead and we wanted to do something to help straight away. We hope that donating a 24ct. Gold iPhone 6 to an online auction will not onlyraise funds towards this worthy cause but also raise awareness about the Hope for Harmonie campaign.”

The gold iPhone is currently being auctioned online and the money from the PayPal Giving auction will go towards prosthetic legs and specialist equipment for Harmonie-Rose. The winning bidder will also be allowed have a personal laser engraving on the back of the phone.

Following cuts to Paralympic funding, Goalball UK are creating a new income stream by offering participation in the sport as a corporate event experience.
Played blindfolded with only tactile markings on the floor and bells in the ball as guides, Goalball changes the sensory environment of players and challenges them to find new ways to communicate in a fast-paced sport.
Jilly Holyrod of Sports England was one of the first people to take part in a Goalball corporate experience. She said:

“I’ve experienced many times how sport has been used to develop the skills people need in business and our Goalball experience was a shining example of this. Whilst the session was safe and enjoyable, we were completely taken out of our comfort zone. We quickly had to work together to find ways to succeed.”

Goalball UK hope their approach might also serve as a useful template for other small to medium-sized sports and activity based charitable organisations.

9. Disney Store and In Kind Direct

Disney Store is working with In Kind Direct for its annual ‘Share the Magic’ charity campaign.
The ‘Share the Magic’ campaign invites families to post their own Letter to Santa at Disney Stores across the country and online. For every letter that is posted, one soft toy is donated to a child through Disney Store’s chosen national charities, up to a total of 25,000 across the UK and rest of Europe.
This is the sixth year that Disney Store has run the campaign. This year’s campaign, which runs throughout November, is expected to generate the 100,000th soft toy donated to charity.
In Kind Direct will deliver the donated Disney soft toys to hundreds of local children’s charities across the UK.
The launch event this week in London benefited Great Ormond Street Hospital Children’s Charity too, with 10% of all sales being donated to the charity in addition to the donation of soft toys being donated to In Kind Direct.

“The work carried out by APOPO’s mine-detection rats is truly innovative and I am delighted that the support from players will enable the detection of landmines in areas blighted by war. It is certainly apt that they are given their title of HeroRATs.”

People’s Postcode Lottery is a charity lottery. Players play with their postcodes to win cash prizes while raising money for charities and good causes local to them. It is an External Lottery Manager and manages multiple society lotteries promoted by different causes supporting a range of good causes.

Give Up Clothes for Good raises £4.1m for Cancer Research UK 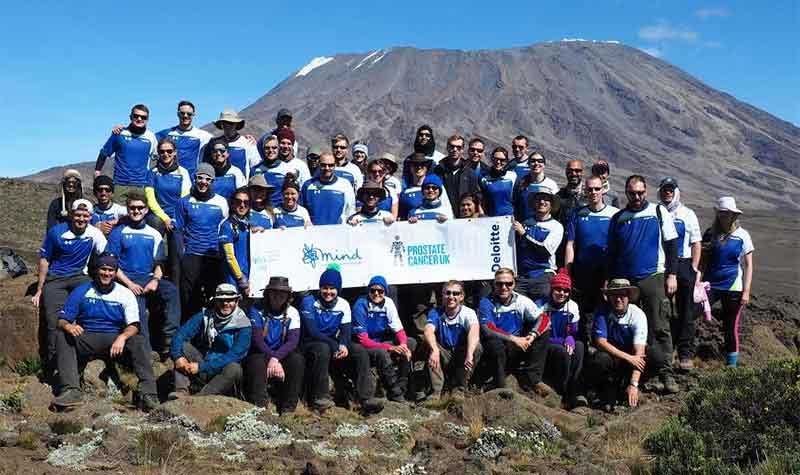 Deloitte raises over £2.6m in three years for three charities