Event organiser Nova International, has appointed JustGiving and JustTextGiving by Vodafone as their official online fundraising partners for the Bupa Great North Run and its associated swim and trail series.

The three-year partnership will focus on increasing the charitable funds raised by the nearly 225,000 who take part in these events each year.

Over 20,000 Nova event participants already use JustGiving. In 2012 runners in the Bupa Great North Run raised over £6 million via the site.

Participants can also use mobile donation service JustTextGiving by Vodafone to aid their fundraising.

Clare Jones-Leake, Head of Giving Something Back, Vodafone UK said: “This will be the first time for many, as they add text to their fundraising efforts and see the benefits of quick, easy spur of the moment donations which are free to send with 100% of the donation being passed to their charity.” 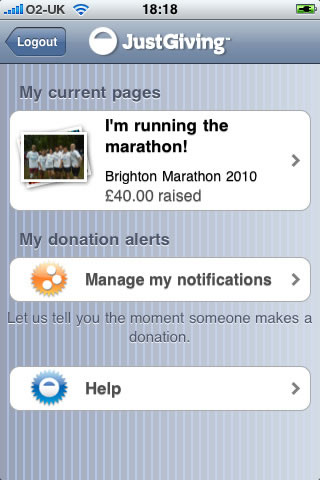