The campaign generated 47,000 individual donations, an increase of over 700% in the number of donors that had taken part in all previous matched funding campaigns on the website. It also resulted in a 25% increase over the three months to 24 December in the number of local charities registered on the site to receive donations to over 3,000.Local charities in England have received a total of £1.2 million through Localgiving.com’s Grow Your Tenner campaign which matched small donations.

The Grow Your Tenner campaign was made possible by a grant of £500,000 from the Office for Civil Society. The sum matched £10 of every donation made to local charities and groups on the localgiving.com website.

Localgiving.com had run other matched giving campaigns but most were very brief campaigns. Grow Your Tenner ran for three months, allowing more donors and charities to get involved.

Grow Your Tenner also generated more than 1,000 direct debits, the first time Localgiving.com has offered regular giving as an option.

Localgiving.com founder Marcelle Speller said: “Grow Your Tenner has been a huge success and is a model we will, no doubt, build on in the future. It’s wonderful that so many local charities and groups have received help from their own communities, and that new donors are discovering the joy of giving.” 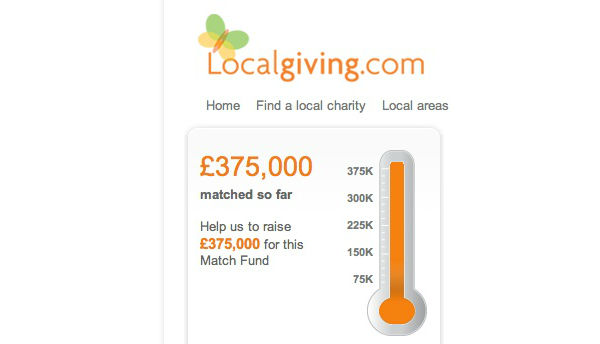