This official app from BBC Children in Need allows users to photograph themselves or an object via the phone’s camera, and then add an animated mouthpiece. To add to your animated mouth, you can record your own voice for free – or add celebrity voices costing 69p each – choosing from characters like Peggy Mitchell or Delboy.

You can share your creations through the usual social media platforms. It makes for an interesting way for younger users to engage with the BBC Children in Need appeal.

Comments on its fundraising potential/record

This app really doesn’t have much appeal beyond a few minutes of playing around with it, and it does not carry any sort of campaign message. I was surprised to note the relatively small number of downloads based upon the Android stats. Set alongside a major fundraising campaign which reaches millions, I would expect this to have attracted a few more downloads.

However, the reviews from both platforms are almost universally positive. Judging by some of the comments though, it seems people were perhaps more motivated to download the app precisely because it was another way of supporting Children in Need. The sharing function allows the app to reach a wider audience.

It is a good little app that raises revenue if you pay to download the celebrity voices. Otherwise the app is free, which I find a bit puzzling. Judging by the primary motivation of the reviewers, I would have thought that a 69p download charge would have been more than acceptable.

Wendy has a background in fundraising and marketing. She has worked in the voluntary sector for over a decade and has worked for both large and small charities. She has experience of managing the delivery of major events, designing and implementing marketing and PR initiatives as well as managing bid writing and programme development functions. In her spare time, she assists with the production for an arts based radio station programme and runs a regular cabaret night and has produced a short film. She is currently Head of Fundraising Development at Tomorrow’s People Trust. 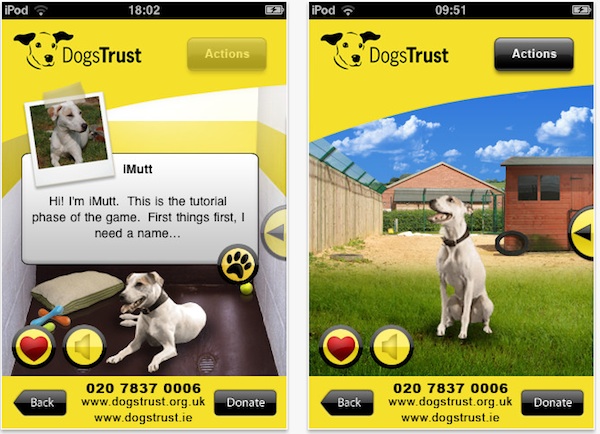