The deadline for nominations for The Queen’s Diamond Jubilee Volunteering Award 2012 has now been extended from 9 September until 16 October. This is to enable more time for nominations “relating to groups involved in supporting the successful delivery of the Games and promoting the sporting, cultural and social legacy”.
The Award, which is overseen by the Cabinet Office on behalf of Buckingham Palace, was announced in February 2012. It is designed to commemorate Her Majesty’s 60-year reign. It is a special, one-off category of the Queen’s Award for Voluntary Service, which was established in 2002 as part of the UK honours system. Also, the Queen’s Award for Voluntary Service recognises the work of grassroots organisations at a local level, whereas the Diamond Jubilee category recognises groups that operate nationwide.
www.direct.gov.uk/qavs 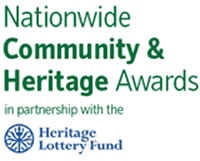