The Charities Advisory Trust has announced the winner of the ninth annual Scrooge Award based on its survey of high street retailers to find “who is using charity to help boost sales but actually giving very little to charity”.
The Scrooge Award this year goes to Cards Galore, for the second year in a row. Of 116 charity card designs, 75 (65%) gave less than 10% to charity. The card giving least to charity was found at Cards Galore, giving just 4.2% to the British Heart Foundation.
Consistency was also achieved by Fenwicks, who won the Trust’s Georgy Porgy award for greed for the second year in a row: 90% of their charity card range (62 designs) gave less than 10% to charity.
Charities Advisory Trust (CAT) explains that it can identify how much goes to charity because it is a requirement of the Charities Act that the amount is shown, so the customer can make an informed choice. Nevertheless, some retailers omit this information: this year, CAT say that Monsoon’s cards failed to comply in this regard. Charitably, CAT accepted that “where the amounts are not shown it is usually through incompetence rather than an attempt to deceive”.
CAT has been campaigning for years to secure higher rates of donations from charity Christmas card retailers. With no legislation to control the amount going to charity, companies can give as little as 1% to charity and still label the card as a charity card. As the Trust points out, “EU regulations would not allow a meat pie with 1% meat, to be labelled as a meat pie, but cards can be labelled as charity cards with even less than 1% going to charity.”
CAT’s aim is to ensure that the charity donation on a charity Christmas card is a minimum of 10%.
This year it can report some further successes. It announced a special ‘Reformed Sinner’ award to Harrods. “It has been a consistent winner of the Scrooge Award or the Georgy Porgy award for greed, but this year their charity cards gave a proper 10% to charity”, said CAT. “Thank you Harrods:
you have helped people in need”, they added.
CAT is also critical of some charities’ approaches to the Christmas card trade. “For charities which are campaigning against global warming why agree to have cards printed in China, and shipped round the world?” it asks.
“We continue to be disappointed that the charities fail to strike better deals”, said Dame Hilary Blume, Director of the Charities Advisory Trust”. If they acted in concert they could agree not to go below 10%. But we are really pleased with Harrods.”
www.charitiesadvisorytrust.org.uk

Text users urged to donate to charity at Christmas 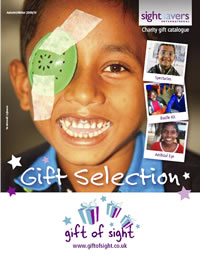