The Disaster Emergency Committee (DEC) has appointed Shankar Vipulanandarajah as its new Fundraising Manager. Starting earlier this month, one of his first objectives is to oversee the implementation of the fundraising components of the DEC’s ThankQ-based fundraising database.
Vipulanandarajah joins from Christian Aid, one of the DEC’s members, where he had worked for nearly five years, most recently as Supporter Services Manager, overseeing all emergency fundraising appeals and Christian Aid Week, raising up to £60 million per year. Before that he worked for WaterAid and Children’s Society. He takes over from Pat Willson who is retiring after more than 10 years in the role.
The ThankQ database is designed to help DEC manage its relationship with donors, notifying them when the organisation launches appeals and informing them of how the funds raised have been used.
Vipulanandarajah said: “This is a time of major change as we implement our first fundraising database. Because of the unique role of the DEC in raising funds for major overseas emergencies on behalf of our members, we focus on one-off donations rather than regular gifts. We can however use the database to encourage donors to continue their support from one appeal to the next.”
The DEC’s most recent appeal, for Haiti, raised £94 million in just over two months. During this appeal, some of the DEC’s aid agency members seconded fundraising staff to help the DEC handle the volume of responses.
www.dec.org.uk 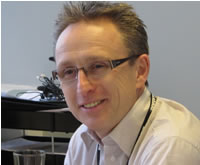