The Institute of Fundraising is encouraging its members to volunteer for another charity as a Trustee, citing a lack of professional fundraisers sitting on Boards.
Institute Chief Executive Lindsay Boswell has emailed members saying: “Imagine all those boards including people who understand, champion and encourage fundraising teams and the work they do”.
As well as directly helping the chosen charity, volunteering will also benefit the fundraiser, argues the Institute. They would enhance their networking, learn about other types of charities and how they work, and probably learn new skills to apply in their main role.
The Institute suggests that members explore the Trustee vacancies on the newly-created Trustees Unlimited website and those listed by NCVO.
www.institute-of-fundraising.org.uk/influence/volunteeringasatrustee

Vote on trustees for Institute of Fundraising 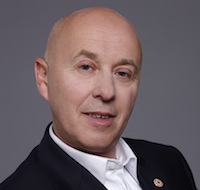