In the wake of the announcement by Lehman Brothers, the fourth-largest investment bank in the US, that it intends to file for Chapter 11 Bankruptcy protection, spare a thought for the charities who have been and are receiving grants from the company’s two charitable foundations.
As well as The Lehman Brothers Foundation, which “makes grants in the Americas, Asia-Pacific and of global scope” there is The Lehman Brothers Foundation Europe, founded in 2001. It makes grants in the UK, Continental Europe and the Middle East. According to the company’s website, “while focusing on children’s health projects and educational programmes for underprivileged youth, the Lehman Brothers Foundation Europe also partners with cultural organisations that enrich the quality of life in our communities”.
According to the European Foundation Centre’s entry for the foundation, its sources of funds consist, exclusively it seems, from “contributions from Lehman Brothers Ltd and current employees.” This entry lists the foundation’s assets in 2006 as £2,347,877, with total gifts at £1,606,181 and total expenditure at £1,041,851. Of this, it gave £956,276 in 26 grants.
In addition, according to the company’s 2007 global philanthropy report, more than 8,000 employees volunteered in a community project.
Given this reliance on in-house corporate and employee donations, today’s news must be a cause for concern for those organisations receiving grants. At least there won’t be too many charities waiting to hear on speculative grants proposals: according to the EFC, “the foundation places a heavy emphasis on charities referred by current employees and does not normally accept unsolicited applications”.
The timing is bad in so many ways: the company pledged last year to match “without limit” every dollar raised by its employees during 2008.
So, which charities have received funding or are in the middle of a grant from the European foundation? Last year’s report mentions Every Child a Chance, which is receiving £1 million over five years; Eastside Young Leaders’ Academy in London (£300,000 over three years); the Almeida Theatre, London (£227,850 over three years); and the National Portrait Gallery (£130,000).
I’ve asked Lehman Brothers Foundation Europe if they have any idea of how the Foundation will be affected but have not yet received a reply.
There is a positive recent precedent in that the Northern Rock Foundation continues to operate and will meet all current grantmaking commitments. But then Northern Rock itself was nationalised, so it is not a similar case.
www.lehman.com/who/philanthropy/

Australian, Asian and other international resources 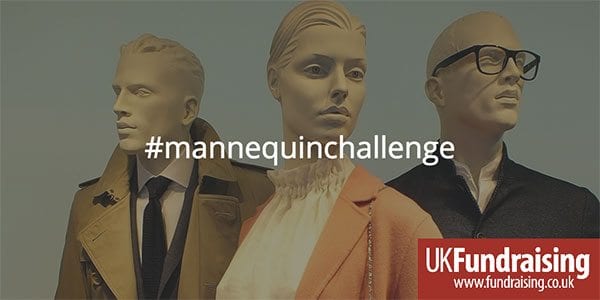 Charity teams do the #mannequinchallenge