I was interested to hear the latest PFRA research about attrition rates in Door to Door and Street Fundraising, highlighting that attrition rates are down and giving levels are up comparing 2004 with 2006. This is good news, but it raises as many questions as it answers.
Firstly, charities themselves, as the PFRA admits, are reporting a very different picture of increasing attrition rates over the same period, and the survey only covers 20% of members. So, as the PFRA rightly states, what will make the other 80% sit up and think? And is it the “lazy” 80% who are pulling the average down?
It’s a pity that there is no age analysis in their report as everything suggests that one of the reasons that street fundraising is poorer than door to door is because the average age of recruits is significantly lower. Are attrition rates being lowered because older people are being targeted more, or are charities really doing more to engage new recruits? There’s no analysis of levels and quality of donor engagement against attrition rates (just an assumption that this might be happening).
I’m encouraged by the observation that brand recognition actually has a negative impact on attrition rates, with lower recognised brands outperforming more widely recognised causes. This does not surprise me, but I’m pleased to see it confirmed. Why does it not surprise me? Because the more intimate nature of recruitment (face to face) means that a donor is more likely to believe that they are making a real difference to a smaller charity and hence would feel more guilty about letting them down. the sense that “my £5 can’t make a real difference to Massive Charity” can be quite strong, as I’ve found in many focus groups.
I’m also really pleased to see that the levels of donation have no effect on attrition. We get very stuck in asking for certain levels of donation (£2 per month by mail, £5 per month face to face) and these levels are often driven by our business model rather than a donor’s potential. We need to get much cuter about matching giving levels to both the donors’ perception of what is acceptable and to the product we are offering. Always asking for the same level devalues the whole ask in the eyes of a potential donor.
So while I welcome the results of the survey let’s not simply breathe a sigh of relief and carry on business as usual, but rather let’s challenge ourselves to be more innovative about ask levels and engagement products, and more honest about why we are asking for certain levels of gift. And above all, let’s do even more research into donor motivations and what really helps reduce attrition.

If a street fundraiser is a ‘chugger’, what do you call other types of fundraisers? 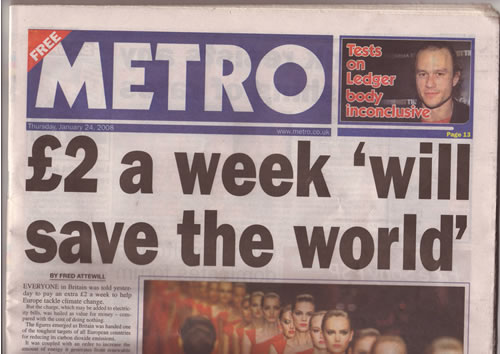