LONDON HYDE PARK, 6:30pm, Friday June 27
Multi-million selling classical pop singer Josh Groban, legendary folk rock singer Joan Baez, and a special appearance by Jerry Dammers, one of the organisers of Artists Against Apartheid and Nelson Mandela’s 70th birthday concert and whose song ‘Free Nelson Mandela’ became a banner for the 80’s anti-apartheid movement in UK, are further highlights added to the forthcoming Nelson Mandela 90th birthday concert taking place in London’s Hyde Park on the evening of Friday June 27.
These additional artist appearances were announced today by the concert organisers who said, “these three artists hold a special place with Nelson Mandela.”
The announcement comes only a week after singer Amy Winehouse confirmed she was adding her voice to those who will show their support for Mr Mandela and his 46664 organisation by taking part.
The three newly confirmed artists will join a performance line-up that already includes Queen + Paul Rodgers, Annie Lennox, Simple Minds, Leona Lewis, Sugababes, Dame Shirley Bassey and Razorlight, along with more than a dozen of Africa’s most highly regarded artists including Johnny Clegg, Soweto Gospel Choir and Papa Wemba.
The 90th birthday evening concert now boasts an extraordinary roster of some of the most important artists of the twenty years which have passed since London first came together to call for Mr Mandela’s release with the 70th birthday concert on June 11, 1988.
A virtual who’s who of music history, the artists performing for the celebration of Mr Mandela’s 90th birthday account for multi millions of record sales across recent years and in their diversity reach out across popular music fans across all ages and music preferences.
“The 46664 message is one that needs to be heard in every corner of the world. These artists between them reach into every one of our communities – upholding Mr. Mandela’s message that HIV AIDS is not a local issue, but a universal one”, said a spokesman for 46664.
Jerry Dammers and Josh Groban both have existing links with Mr Mandela and the causes he has addressed in his years as one of the world’s most revered statesmen. Jerry Dammers was instrumental in staging 1988’s Nelson Mandela 70th birthday concert. Josh Groban, who emerged the biggest selling recording artist in the US last year, is already an Ambassador for Nelson Mandela’s 46664 organisation, appointed by Mr Mandela when the two met in South Africa in 2004. Inspired by that meeting, Groban established the Josh Groban Foundation to help children in South Africa through education, healthcare and Arts. His 2007 ‘Noel’ Christmas album featured the African Children’s Choir.
Joan Baez provided one of the most influential voices of the 1960’s folk rock era and has continued to do so in the years that have followed. Along with Bob Dylan, her songs have defined generations of peaceful protest against various political issues.
Made possible through the support of Live Nation, the Royal Parks, and the generosity of the private sector including Mercedes-Benz, Zain and Investec, British Airways, Samsung, Intercontinental Hotels, and The Westbury, the June 27 concert proceeds will benefit Nelson Mandela’s HIV AIDS charity 46664 that he founded in 2002.
The three and a half hour 46664 Concert Honouring Nelson Mandela at 90 begins at 6:30pm Friday June 27.
Remaining tickets for the concert are available from www.46664.com or through Ticketmaster online at www.ticketmaster.co.uk or Ticketmaster ticket line: 0870 534 4444.
General admission tickets are £65.00 (plus booking fees).
For press images go to: http://www.46664.com/press
To apply for accreditation go to: www.46664.com/accreditation
For more information:
Event PR – TV/Radio and International Media
The PR Contact:
UK International Office
Howard Abernethy. Phil Symes
Mob: ++ 44 (0) 7834 986 568 Tel: + 55 21 93 61 11 97
Email: howard@howardents.co.uk Mob: + 55 21 93 61 11 97
Email: philsymes@theprcontact.com
Print Media:
Nick Southall / Emma Nicholls
ENPR
Tel: ++ 44 (0) 20 7940 9934
Mob: ++ 44 (0) 7799 620945
Email: nick@enpr.co.uk / Email: emma@enpr.co.uk
Sponsors Footnotes:
Mercedes-Benz (http://www.mercedes-benz.com)
Mercedes-Benz, the world’s oldest automaker, can look back on a unique tradition. The premium brand stands for modern, innovative automobiles, for quality, safety, comfort and design. Mercedes-Benz enjoys an excellent reputation, particularly in the area of safety technology. Many pioneering technical innovations that are standard automotive features today were first seen in a Mercedes-Benz car. The car with the star also has an excellent reputation with regard to quality, value for money and customer satisfaction.
ZAIN (http://www.zain.com)
Zain is a leading emerging markets player in the field of telecommunications aiming to become one of the top ten mobile groups in the world by 2011. Zain was established in 1983 in Kuwait as the region’s first mobile operator. Since 2003, it has grown significantly becoming the 4th largest telecommunications company in the world in terms of geographic presence with a footprint in 22 countries spread across the Middle East and Africa providing mobile voice and data services to over 45.7 million active customers (as at 31 March 2008).
INVESTEC (http://www.investec.com/ )
Investec is an international specialist banking group that provides a diverse range of financial products and services to a niche client base in 12 countries. The group was established in 1974 and currently has approximately 6000 employees.
Investec focuses on Private Banking, Capital Markets, Investment Banking, Asset Management and Property Activities.

Slumdog stars discussing charity appearance on Who Wants To Be A Millionaire? 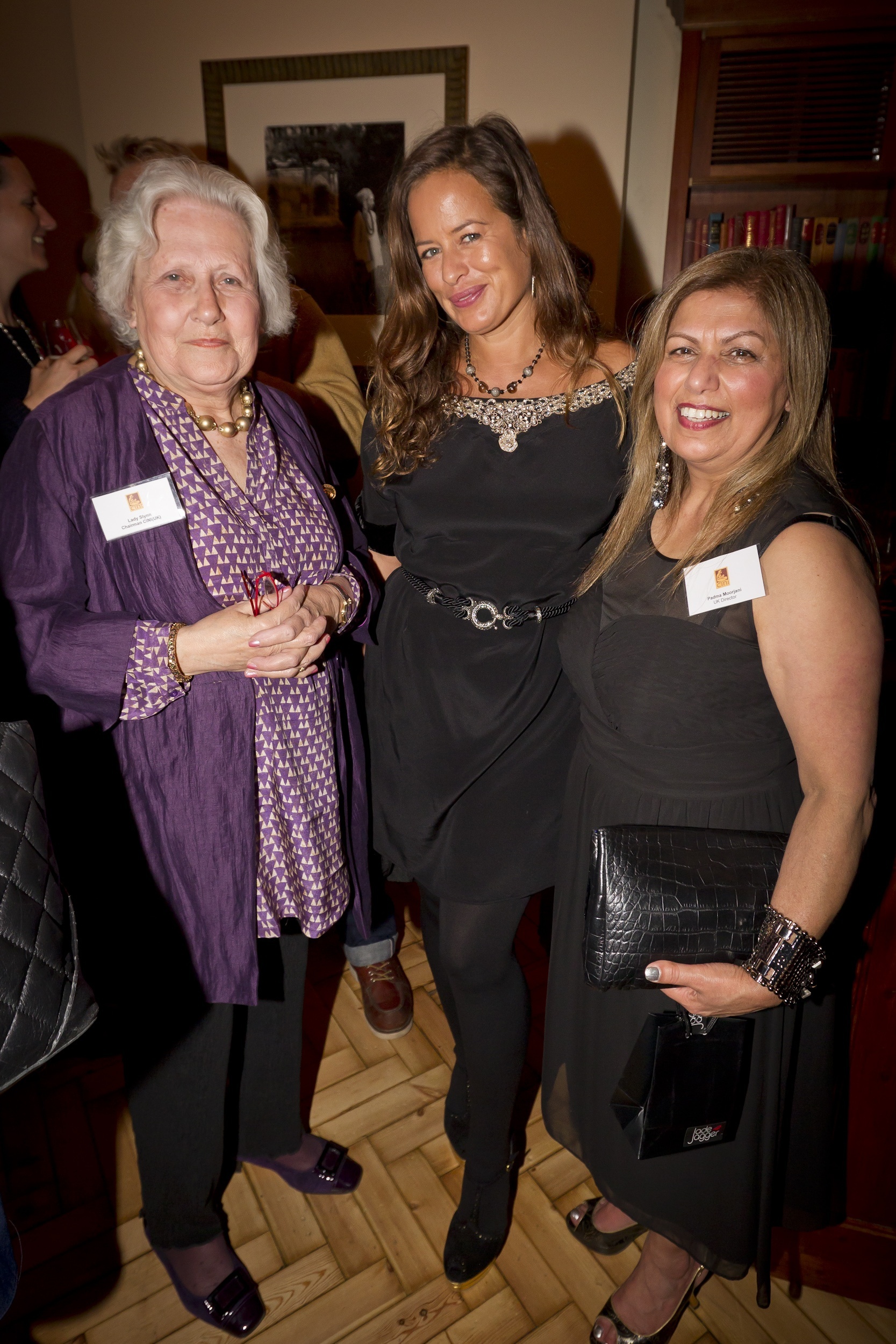