Save the Children is launching its largest global campaign to date, aiming to reduce the number of children around the world who die before their fifth birthday. The campaign includes a website allowing visitors to connect directly with children living in the Kroo Bay community, a slum in Sierra Leone.
The website, designed by Rufus Leonard, uses Quicktime VR and Flash Panorama to create “an immersive brand experience”, allowing the visitor to navigate their way around the slum and meeting the people who live there.
Built on a rubbish dump on the banks of the filthy ‘Crocodile River’ in Freetown, Kroo Bay is, according to SCF, “one of the toughest places in the world for a child to survive”. One in four children die there before their fifth birthday.
SCF aims to highlight that it is simple for families in the UK to make a difference. Over time, the website will enable the public to watch the changes their donations have made for the residents of Kroo Bay happening on their computer screens.
The charity’s campaign offers seven simple solutions to save a life, each costing between £1 and £5.
The TV advertising, created by Dan Norris and Ray Shaughnessy at Wieden + Kennedy will reach over 3 million people. The 30-second TV advert ‘Clever’, which aired on 11 Feb, will be followed on 18 February by ‘If’. Both were directed and animated by Simon Robson. Award-winning actor Thomas Turgoose has lent his voice to the campaign.
The direct response campaign created by Andy Todd and Paul Snoxell at Partners Andrews Aldridge begins on the 18 February with a 60″ and 30″ TV commercial, airing on satellite stations such as ITV2, Living, UK Style, Cartoon and Trouble.
The animated style of the advert is also used in a doordrop and press insert media that will target the family market through publications such as the Radio Times, Big Issue and various national press supplements.
Mobile agency Incentivated is providing the technology to allow families to join the campaign and take actions such as make text donations or sign a petition.
The text campaign will be promoted via press, cinema, outdoor and experiential media, and signage in Save the Children shop fronts. All advertising has been negotiated by media agency CARAT.
Joe Barrell, Head of Communications at Save the Children, said: “This is just the start of a three-year campaign to save children’s lives. We will be using technology allowing families to get involved and show the world just how simple it is to save a child’s life.”
www.savethechildren.org.uk 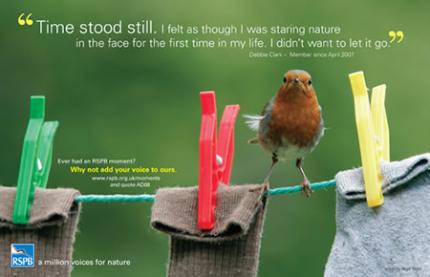