A small village school in Gloucestershire with fewer than 60 children has raised funds online using everyclick, the charity search engine, even though the school has no website of its own.

Lower Swell school has demonstrated that an organisation can still fundraise online even without its own web presence.

The school used everyclick’s marketing tools to encourage pupils’ parents and local village supporters to use the site whilst at home or at work. As a result the school generated £21.23 in three weeks with no cost.

The search engine’s mascot, a vivid blue mouse, visited the school at the end of last term, giving each of the pupils a pack of stickers, postcards and information on how they could raise money for their school through searching on everyclick.

Martin Read, Chairman of Friends of Swell School said: “despite the fact that currently we do not have a website, a few parents and friends have embraced this idea and made everyclick.com their preferred search engine either at home or work.

“If we can achieve this amount of money with just a few people, and get some more to register on the site – it could account for a good percentage of our required fundraising each year.”

Everyclick has delivered over 350,000 searches in its first three months, and has signed up over 260 charities to benefit from its service. The Salvation Army is the latest major charity to join.

It recently released its third monthly donation to a range of charities totalling £3,379.21.

Everyclick.com promotes its service as offering “a regular monthly income from a completely new source, with no cost to the
user or the charity”. It reports that its original projection of each regular user raising £12 per year is still on
target.

The site continues to be refined, with recent improvements being made to content and quality of search
results. 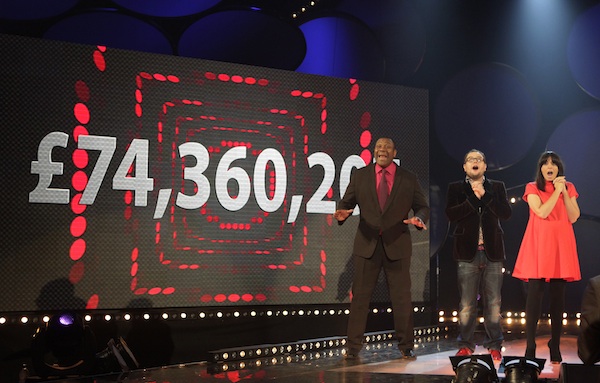