Charityopps.com, the charity recruitment Web site, has been closed and its content integrated within the new Charity Recruitment site, now that the agency has rebranded as CR Search and Selection (CRSS).

Charityopps.com, run by the newly rebranded executive recruitment and selection consultancy CRSS, closed on 5 July 2004 and was replaced by the CRSS Jobs Board. Charityopps.com was set up as a separate jobs site to run in conjunction with Charity Recruitment’s main corporate site. The new site will function as “one definitive jobs board containing vacancies handled by CRSS plus those from our affilated companies including voluntary positions”, explains the new CRSS Web site.

As well as accepting paid job adverts on the site, CRSS will also accept adverts for volunteer vacancies at no charge for up to four weeks.

CRSS described both charityopps.com and its new site as “heavily trafficked website”. On charityopps.com it used to include a link to a traffic analysis report which was free to view. Unfortunately, the last stats for charityopps.com showed that it received an average of 261 visits a week and 574 page views a week. To be fair, this was down from a height of 3,400 or so visits for the month of January 2004. However, it is not clear if these figures exclude the activity of search engine bots and spiders, which very quickly boost traffic stats on a site. 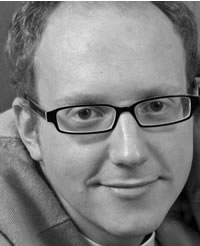 Pimp My Cause to match marketing experts with charities