Melvin Coleman, Charity Finance Directors’ Group (CFDG) trustee and UK Finance Director of Amnesty International said: “We very much welcome the proposed cash incentive for small and medium sized firms to introduce payroll giving, and the establishment of a Commission on a National Youth Volunteering Strategy.

“We are also very pleased that the Government have decided to continue to consult heritage and conservation charities on the proposed changes to the Gift Aid Day Admissions scheme that were announced in the pre-budget report. The potential cost of the changes is millions of pounds, and will particularly hit small independent museums.”

On the other hand, CFDG expressed disappointment that no concessions in relation to the continuing issue of irrecoverable VAT were declared.

The Institute of Fundraising meanwhile expressed regret over the ending of the 10% supplement to support payroll giving, and called on the Treasury to ensure that the money saved is used to promote giving in other ways.

It did however welcome the announcement of cash incentives to small and medium-sized companies to engage with payroll giving. Acknowledging that the charity sector itself could do more to promote Payroll Giving, Institute CEO Lindsay Boswell hoped that these incentives would make many larger charities think again. “There is still a huge job to be done,” he said. “This is illustrated by the amazing fact that employees of 42 of the top 100 charities cannot donate tax efficiently through their own payroll schemes…because these charities have not bothered to set one up!”

The Giving Campaign was similarly positive about the incentives. Director Amanda Delew said: “The announcement of an incentive for SMEs that set up Payroll Giving is fantastic news. It should lead to more employers offering the scheme, more donors using it and more charities promoting it, which will generate millions of additional income for good causes across the country.” 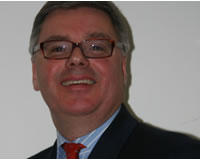