Lists of rich people make fascinating reading. The Sunday Times publishes the annual Sunday Times Wealth List, the Observer publishes The Young Rich, and Eastern Eye publishes Britain’s Richest Asian 200. A growing number of the new members of these lists have made their wealth via the Internet, a fact confirmed by the latest DataMonitor report.

Charities would do well to cultivate relationships with these new millionaires. Indeed, charities who took a more pro-active approach to using the Internet over the past few years might already be in a strong position with these Internet entrepreneurs. Many of the successful Internet start-ups clearly demonstrate their founders’ interests in charity and the non-profit sector. Just look at the number of charities listed on the QXL site, for example.

The Guardian’s list of the top 50 Internet millionaires revealed that they had an average age of 34, had been in business for less than three years, and were almost exclusively (90%) male.

UK Mega Net Worth individuals 1998, a survey of individuals with £1 million or more in liquid assets, has been published by Datamonitor.

Telecoms company to donate "at least 10% of customers' bills" 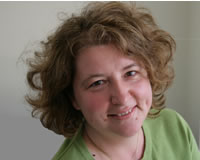