The award is the highest given to local volunteer groups, and is given in recognition of outstanding community service.

This year 204 organisations from England, 22 from Scotland, five from Wales and 13 from Northern Ireland receive The Queen’s Award, announced on 2 June to coincide with the Platinum Jubilee.

“I warmly congratulate all the outstanding voluntary groups who have been rewarded with a Queen’s Award for Voluntary Service this year. The level of commitment and innovation shown by these volunteers is truly impressive. We owe a debt of gratitude to them, and the countless others who give up their free time regularly to improve the lives of others in their community.”

This year’s recipients include:

Any group of three or more people that has participated in voluntary work for more than three years can be nominated. Nominations for next year’s awards are currently open, with a deadline of 15 September.

An additional one-off award, The Queen’s Platinum Jubilee Volunteering Award, was launched on 5 May, to celebrate national charities working to benefit 16-25 year olds. It will recognise 20 national charities. The application deadline for this award is 15 June. 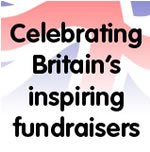