Rogare has launched a sister to its This is a Fundraising Office manifesto to challenge and encourage fundraisers to examine how they are making practical and ethical decisions.

The I Am a Critical Fundraiser manifesto encourages fundraisers to always keep an open mind about what they know, or think they know, about fundraising, to keep their knowledge, ethics, and opinions under review, and be prepared to change them based on new and better ideas and information.

It contains 10 statements: four describing the behaviours that critical fundraisers never do (such as blindly copy what others have done because ‘it’s always been done this way’), and six behaviours they always do (such as take professional development seriously, and challenge what is wrong in the profession).

The manifesto is available in two different designs as well an ‘expanded’ version, which sets out the 10 statements in more depth. Both poster designs and the expanded version are freely available and can be found on the Rogare website.

The Critical Fundraiser manifesto was devised with input from Rogare Critical Fundraising Network members Heather Hill, Ashley Belanger, Anthony Petchel, David Pierce, and Ian MacQuillin. It also draws on Rogare’s guide to critical thinking for fundraisers, by Rogare network members Cherian Koshy and Ashley Belanger (both USA), as well as its Theory of Change for fundraising.

“Rogare’s manifestos are based on our beliefs and values about our role as fundraisers within the fundraising profession. I Am a Critical Fundraiser serves as a complement to Rogare’s critical thinking guide for fundraisers. The purpose of this manifesto is to challenge and encourage fundraisers to examine how they are making practical and ethical decisions.

“Oftentimes in the fundraising profession, there is significant pressure to make decisions based on timebound financial goals. This can mean making decisions based on ease or expediency, without consideration of other implications. Our hope is that ‘I Am a Critical Fundraiser’ will equip fundraisers to pause and reflect upon best practices based in theory and evidence, as well as potential ethical impacts, as they perform their roles” 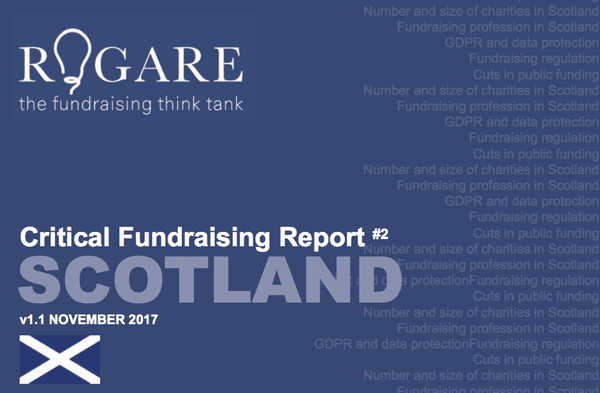