Up and down the country, charities have been holding their annual Christmas carol concerts – many in person once again this year but often with the option of participating from the comfort of the sofa. Here’s a round up of some of those that have taken place this month, along with their fundraising totals.

Queen Elizabeth’s Foundation for Disabled People raised over £16,300 with its Christmas Carol Service at Lambeth Palace.

Silent Witness actor David Caves supported the Surrey based charity’s Christmas Carol Service, which took place on Thursday 2 December. It saw more than 100 people attend for an evening of Christmas readings and festive songs, accompanied by the Chandos Chamber Choir with Musical Director, James Davey and organist, Sam. There was also a special performance by a trombonist from The One-Handed Musical Instrument Trust.

The Service began with a drink’s reception and mince pies followed by Caves giving a rendition of The Christmas Tree’s Secret by Julia Copus.

The event was also sponsored by The Banham Charitable Foundation.

Every penny raised from the evening will go towards QEF’s services that enable disabled people to increase their independence, through improved mobility, developing new life skills and rebuilding lives affected by stroke or acquired brain injury.

At 8pm on 23 December, Classic FM will be streaming a star-studded Christmas Carol Concert in aid of the MS Society, recorded from St Paul’s Cathedral (main image).

The concert includes festive readings from Game of Thrones superstars Emilia Clarke and Rose Leslie  with the theme ‘A New Dawn’. Other celebrity readers include: Simon Callow, Nicola Walker, and Preeya Kalidas.

As of 20 December, the interim fundraising total was £720,000, and all funds raised from the event go towards the MS Society’s Stop MS Appeal, which needs to raise £100 million to find treatments for everyone living with MS.

Childline’s Merry Little Christmas carol concert raised over £45,000 and saw over 400 guests come together at the Holy Trinity Church in Sloane Square in London for the first time in two years for an evening filled with carols, children’s choirs and celebrity readings.

The annual event took place on Thursday 9 December, and guests who couldn’t attend the event in person were able to watch it virtually from the comfort of their own home.

There were also video messages from TV personality Ore Oduba and TV presenter Cherry Healy and Shaun Wallace from the ITV gameshow The Chase was the online host for those who watched from home.

All the money raised from the night will go to the NSPCC’s Childline counselling service.

Hosted by writer and broadcaster Ben Fogle, the event, sponsored by Trailfinders, took place at St Paul’s Church, Knightsbridge, in the company of guests and performers, including actors Sophie Thompson, Jonathan Bailey and Felicity Kendal CBE.

Also in attendance were singers Anna Patalong, and Katie Raban, who performed alongside Thomas’s Battersea Choir, The Choir of Paul’s Church, Knightsbridge, and Seraphim Trumpets. One other guest speaker who gave a reading was former GOSH patient Cameron, who had a brain tumour removed at GOSH in 2008 and has since spoken at many functions for the charity.

The evening concluded with a fundraising reception at the Berkeley Hotel which featured a silent auction hosted by antiques expert, presenter and auctioneer Charlie Ross; a Christmas cracker raffle; and a speech from GOSH mum Kelly, who spoke movingly about her daughter, nine-year-old Grace’s, experience at GOSH where she was treated for acute lymphoblastic leukaemia.

Money raised by the Christmas Carol Concert will go towards children’s cancer care at GOSH. Proceeds will fund research, rebuilding and refurbishment, medical equipment and support services for families and children.

Held at St Mary Abbots Parish Church in Kensington, London, the service was officiated by Patron of Horatio’s Garden Wales, The Right Reverend June Osborne, Bishop of Llandaff and was attended by a host of the charity’s celebrity supporters, many of whom read during the service.

Reading alongside her was another of the charity’s Patrons, The Countess of Radnor, She was joined by Horatio’s Garden Ambassador and celebrity garden broadcaster Alan Titchmarsh MBE, who read an extract from Sue Stuart-Smith’s The Well Gardened Mind, whilst fellow Horatio’s Garden Ambassador and TV and radio star Anneka Rice delivered the charity’s Christmas Appeal message.

This year’s concert coincided with the birthday of Anna, the daughter of its Life Presidents, Bob and Megs Wilson. Together they founded Willow in Anna’s memory, 22 years ago, after her death at the age of 31 from cancer.

The concert was a chance for supporters to come together, sing some festive songs, enjoy performances from local singers and choirs, and place baubles of remembrance on the Willow Christmas Tree.

The event was also joined by the Hertfordshire Chorus, the choir from Bishops Hatfield Girls School and Willow beneficiary Spod, who sang and shared the story of her Special Day in 2019.

Stars of stage and screen came together to raise a total of over £200,000 at Nordoff Robbins’ annual Christmas Carol Concerts, held in person at St Luke’s Church, Chelsea, London and streamed online on Sunday 19 December.

Funds raised will enable Nordoff Robbins’ music therapists to continue to use the power of music to enrich the lives of children and adults in the UK affected by life-limiting physical and mental illness, disabilities or feelings of isolation.

‘The Stars Come Out To Sing At Christmas 2021’ – the special streamed online concert, was supported by Hipgnosis Songs, and is available to view until midday on 4 January for free.

The concert was hosted by Nile Rodgers, headlined by Sir Rod Stewart, with Imelda May and Jess Gillam who all performed at St Luke’s Church – and featured a star-studded line up from around the world including Shakira, Eurythmics Songbook featuring David A. Stewart with special guest Beverley Knight, Lindsey Buckingham, Enrique Iglesias and Nile Rodgers & CHIC, as well as performances from last year’s award-winning show, including Neil Young and Robbie Williams. 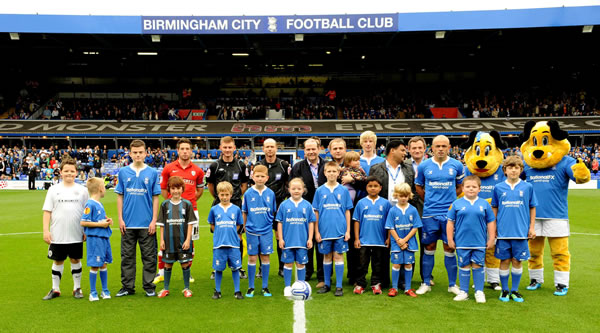