One of the many great things about charities is the people they attract to work for them – the changemakers – the people who actually get stuck into tackling poverty and fighting injustice, who support others when they are in need of help and who come up with amazing ideas to engage more people with their dream of a better, kinder world.

So much of the positive social change that we’ve seen in this country and beyond has been fuelled by generations dating back to before any of us were born. That’s why it was such a thrill to be one of the first people to get to see an important part of our sector’s history displayed in the British Red Cross’ new exhibition, Museum of Kindness. 150 years of the Red Cross.

The displays, which have been expertly curated by Mehzebin Adam, offers you the chance to see a range of exhibits that help highlight some of the amazing things that the Red Cross has achieved since its formation in the 19th century. It covers their work from inception through the World Wars to their support for people living in need today.

There’s plenty to see, but to give you a taste of what’s available I wanted to share five things that caught my eye that have a lesson for fundraisers as we enter 2022. And I’m going to start with a long-standing tool of the fundraiser’s trade – the collection box.

The collection boxes on display show how something so simple as a container with a hole in the top can be reinvented in order to make giving more rewarding for the donor.

Of course, there are the metal cans or plastic collection containers that we’d all recognise from today. But you’ll also see a box in the shape of field ambulance from the 1920s. There’s another from the 1940s in the shape of a a red cross. And I was impressed with a box from the First World War in the shape of a food parcel asking the donor to pay for supplies for a Prisoner of War.

But the box that caught my eye is this one from the 1950s:

It’s a Red Cross garage. Inside an ambulance is waiting for the dispatch call. What’s ingenious is that the donor releases the ambulance by dropping a coin in the slot which triggers a spring which pushes the vehicle out.

I’ve never seen this particular box before but have seen the RNLI version where a coin launches a lifeboat down a slipway. After some discussions with the RNLI, I found that they couldn’t identify any of their boxes that were as old as this one. So it looks like this box was an innovation that made a step-change in interaction – it made giving fun. I know from my own childhood experience with the RNLI that this type of box was hard to resist.

Many charities often have a simple, but iconic, piece of equipment that can be used to help illustrate their work. The Oxfam bucket springs to mind as an example. But there’s also the RNLI survival suit, the harness from a Guide Dog, a bubble tube from a Sense centre or a care package from Care International.

They are tiny elements of an organisation’s work. But when featured in an appeal they can immediately engage the reader, creating a spark of connection that increases the likelihood of a gift being made.

The most exciting moment of my visit was seeing the lamp believed to have been used by Florence Nightingale’s (or one of her nurses) during the Crimean War in the 1850s. Few people from the UK will be unaware of the story of the ‘Lady with the Lamp’ and as such, it represents a huge amount of social capital. Something that many people would like to associate themselves.

I’m not sure about you, but I was amazed with the appearance of the lamp. I was expecting a large glass lamp, not something like this. It couldn’t have delivered much light but in the battlefields of the Crimea, it must have represented so much kindness and compassion.

It made me think about how it could be used in an appeal today.

3. The power of the personal message

The largest item on display is a Changi quilt. It was made in a civilian internment camp in Singapore when it was occupied by Japanese forces in the Second World War. The TV show, Tenko, from 1980s was based on the prisoner’s experiences.

Women and children were held separately from the men and neither group knew how members of the other group were faring – whether they were alive or dead. This must have been a terrible worry as conditions in the camps were extremely harsh. The prisoners were overcrowded, underfed, and diseases like malaria were widespread.

One of the female internees, Mrs Ethel Mulvany, was a Red Cross representative. She came up with the idea for the women to create a patchwork quilt for the wounded men in the other camp. Each contributor was asked to ‘put something of herself’ on a square. When the men received the quilt it was, for many, the first sign that their loved ones had survived.

It demonstrates that a simple message, made more powerful by the understanding that they were created with a specific reader in mind, can deliver a huge amount of emotional joy.

Something that we know is one of the most powerful elements that we can incorporate when we are creating appeals today.

4. A valued member of a valued group

It’s exactly what you might expect, but the emblem of the organisation – the Red Cross – appears throughout the exhibition. It’s on leaflets, posters and various pieces of equipment – from cups to toys. But I want to highlight its power when it appears on flags, bags, uniforms and even the aprons that you’ll see displayed.

The fact that the simple Red Cross has been worn by so many people, doing such great work over so many decades serves as a thread that connects people today with all those who have gone before. It is not just a logo. It is a symbol of dedication and kindness that carries so much weight that you can never imagine the organisation even starting to consider changing the name or the nature of the simple symbol that is known by so many people throughout the world.

This is important because we know that people throughout history have always wanted to be a valuable member of a valued group. Symbols like the Red Cross, the Marie Curie Daffodil or the Poppy offer supporters the chance to feel closer to the organisations they support through the simple action of pinning a badge to their chest – something that builds connection and loyalty.

It’s why that any charity lucky enough to have such a symbol should give it the care it deserves. The importance of organisations like the Red Cross goes far beyond the people who work for it. Those that support it, have received help from it, who trust it and recognise it are all stakeholders who ‘own’ the symbol in their own way.

The collection contains many different posters. Some are educational whereas others are asking for help. It’s those in this second group that I want to focus on. As well as showing need, these posters make it clear that the reader is expected to actively respond as well.

As this poster highlights “Red Cross and St. John needs your help for prisoners of war”.

Or this one appealing for books to be donated so prisoners of war can study (I had never realised that British universities help captured service personnel earn degrees whilst behind barbed wire). Again, its makes a very clear offer – “Prisoners of War need books for study. Will you help them?”

Awareness of a problem is never enough. If we are going to effectively help resolve a problem, we need to ask for help as well. Core to the fundraiser’s craft is converting concern into action. Take a visit to the Red Cross Museum of Kindness and you’ll see this put into practice time after time.

Take a visit yourself

There is so much in the archives of the Red Cross that the plan is for the exhibits to be regularly rotated. Get down there quickly and you’ll see the elements I’ve described, but who knows what treats might be on show in 2022?

One thing is for sure, we should be very grateful to the Red Cross for putting in the real effort required to share their fantastic history with the wider fundraising sector.

Having so many innovative ideas on display in your building must act as a fantastic resource for Red Cross fundraisers today. If they should need a little help to tackle today’s fundraising problems, as well as using modern ideas and knowledge, they can also quickly go back in time to tap the ideas from our fundraising predecessors as well. And thanks to their generosity, so can you.

If you would like to visit, entry is free. The museum is open Monday to Friday from 9am until 5pm. You can book a visit via emailing museum@redcross.org.uk.

Investing in contactless fundraising can be expensive, but can you afford not to? 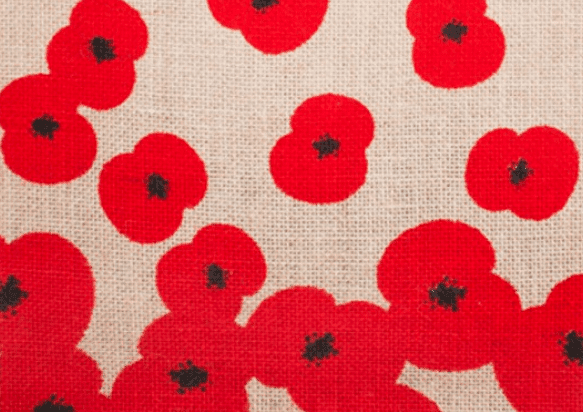 The history of the iconic poppy badge 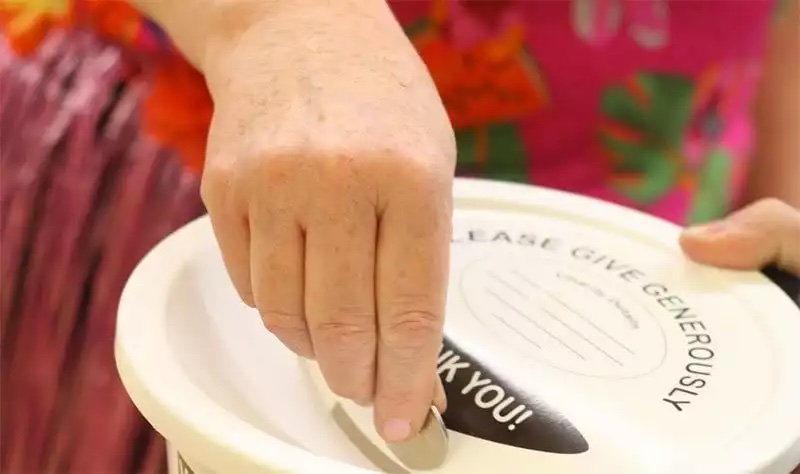 About Mark Phillips
Mark Phillips set up and runs Bluefrog Fundraising, an agency focused on understanding donor needs and developing fundraising campaigns that successfully answer them.