The Chartered Institute of Fundraising (CIoF) is advertising for an interim CEO to cover at least the next six months, until a permanent replacement for Peter Lewis can be appointed.

The interim CEO is expected to start no later than 10 May, and will be responsible for delivering the CIoF’s Action Plan on harassment, re-engaging and building confidence amongst the membership and the wider community,

Other priorities include providing reassuring leadership for the team, as well as operational efficiency following the disruption caused by the pandemic, and the organisation’s associated restructuring, delivering its agreed business plan against budget and achievement of income forecasts through membership, training, events and compliance activity, and ensuring good stakeholder engagement.

Lewis handed in his notice last month, after almost a decade at the helm.

The salary is £90,000 per annum, with an optional pension scheme after completion of 3 months service, and the deadline for applications is next Monday, 12 April, at midday. Applicants are asked to email their CV and a supporting statement to [email protected].

Boswell's 10 years at the IoF come to an end

Redmond Mullin remembered with a plaque at Institute of Fundraising 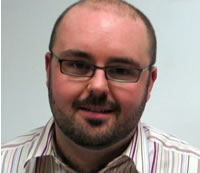 Institute of Fundraising announces new Director of Policy and Communications