At the end of its first year Bath Women’s Fund has launched its first grant programme. Local charitable organisations are invited to apply for a £10,000 grant to support work that improves the lives of disadvantaged women and girls living in Bath and North East Somerset.
The Fund’s inaugural meeting was in 2018 and it was set up as a giving circle. The funding is generated by the collective donations of the pioneering group of women who joined the giving circle in its first year. Each member donates £25 per month (or £20 plus Gift Aid), or more if they wish.

Co-founder and fundraiser Isobel Michael was inspired to set up the fund after seeing Melbourne Women’s Fund in action when she was working in Australia. Isobel is a Bathonian and shared her vision with Emma Beeston, who works as an advisor to philanthropists and Foundations. Both agreed that there was the need and opportunity in Bath to set up a giving circle so co-founded the group.

What is a giving circle?

Giving circles are a collective response to local needs to enable local women (and men) to pool their donations in order to make a bigger difference in local communities.

The first grant-making theme is ‘Services for Women and Girls’. It was chosen through a member vote following an assessment of local needs, informed by Quartet Community Foundation’s Vital Signs research.
Guidance for applicants is available from the Bath Women’s Fund‘s website. It includes details on eligibility, including having: 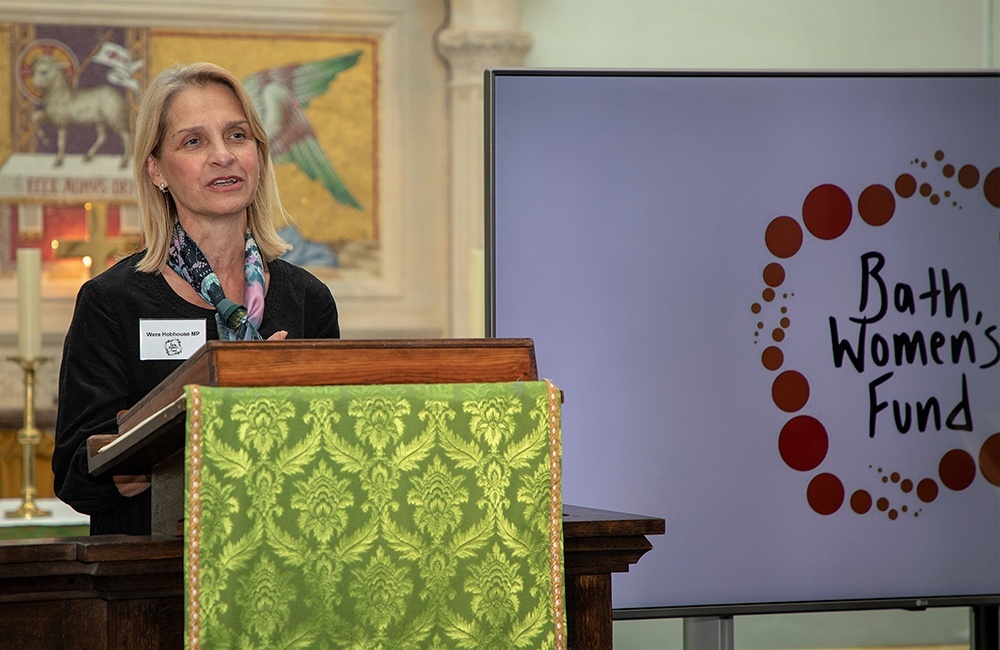 Wera Hobhouse, MP for Bath, was one of the inspiring local female role models who spoke at the 2018 launch. Others who spoke then about the power of women coming together to give and support other in their community included Professor Carole Mundell, Amy Williams MBE, Sharron Davies MBE and Councillor Karen Walker.
On the announcement of the first funding round, Ms Hobhouse said: “Bath Women’s fund is a unique way to give back to our community. As a founding member I care deeply about the work that fund does, which is so enriching both to the members of the fund, and the organisations they choose to work with. Bath is a special place and so it is no surprise that we are leading the way in innovative approaches to giving back. This is such a great opportunity and I urge all eligible organisations to apply.”
Volunteer-run Bath Women’s Fund is led by volunteers and hosted by St John’s Foundation so “every pound donated by members will be awarded through the grant programmes”.

The Fund welcomes new members. All members who join the Fund by the end of April 2020 will be able to vote on awarding the first grant.
Isobel Michael told UK Fundraising: “We’ve found that potluck dinners are a great approach to bring everyone together and learn about local charities and areas of work – the theme of sharing food and drinks with each other fits well with the concept of the fund and members pooling our collective giving to award a large grant together.”