Please help. Show you care. Call now or donate online. In the UK, consumers became used to these tactics deployed in DRTV charity ads decades ago. It’s fair to say, however, that the channel remains relatively untapped in large parts of Europe – not least some of the bigger markets such as France and Germany.
In these countries, charities have for many years relied on traditional methods to engage supporters. Face-to-face fundraising and direct mail have been chief among these. Until recently, they have proven fertile ground for donations.
For reasons that aren’t yet clear, however, there has reportedly been a double-digit drop in income through direct mail (with one French charity quoting a 40% fall). Meanwhile, face-to-face offers poor donor retention rates. All of which means it’s time charities based on the continent need to look at new fundraising methods.

France and DRTV: barriers to entry

We recently held a seminar in Paris, with our French partner agency Solutions by Hopening , attended by an audience of senior charity fundraisers. With decades of experience running DRTV campaigns for third-sector and also commercial organisations in the UK, we know that it can be rich territory.
From the response at our event it’s clear necessity is persuading French charities to investigate DRTV, but barriers remain.
Chief among these is cost. In general, charity DRTV garners the best response when ads are longer. If you have 60 or 90 seconds to play with it’s a lot easier to tell a decent tale that packs in all the necessary information and calls to action. But this is where media fees differ on each side of the channel
In the UK, the price of a 30-second ad is simply multiplied in line with the duration of the film. In France, however, anything over the standard 30 seconds is charged at a premium – unlike the UK’s formulaic approach to fees. This contributes to the medium’s widespread use in the UK: total DRTV spend of the top 22 charities in 2018 was more than £66m, a 28% increase compared to the previous year (source: Ad Dynamix).
There are also some technical differences between the markets. Charity marketing has matured in the UK to the extent that there are now an array of donation channels. These go beyond Direct Debit that has made regular giving easier, to premium SMS (PSMS) with a callback option, and now voice-based giving . The French charity sector is yet to go on this journey and many donations are still made in cash.
Having said that, change is on the horizon. We’re working with several European charities that see DRTV as a new way forward, and are excited by the opportunities it brings to engage and convert supporters.

A million reasons to give

Take our campaign for animal charity Foundation 30 Millions d’Amis. The charity was established following the success of a TV programme of the same name which ran on French TV from 1976 to 2016. The 60-second ad – a DRTV first for the organisation – plays on nostalgia around the show, asking former viewers to give a regular gift to help suffering animals, in return for donors being named ‘Maitres de Coeur’ – Masters of the Heart.

Using effective close-ups of the animals and emotive music, the creative made clear to viewers the charity’s work, the nature of its need and how donations would help. A call centre open seven days a week and a campaign landing page were also highlighted to boost engagement. 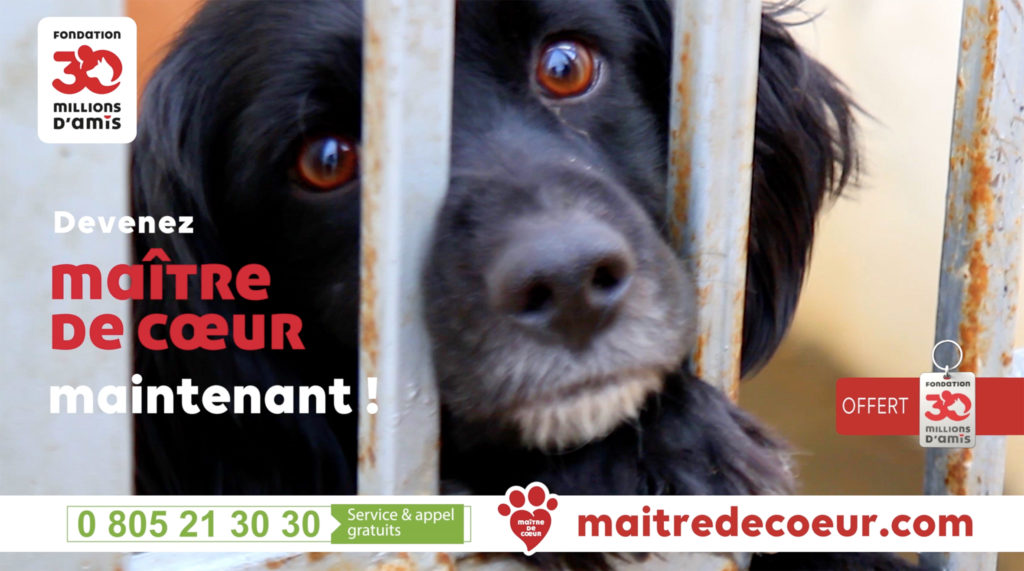 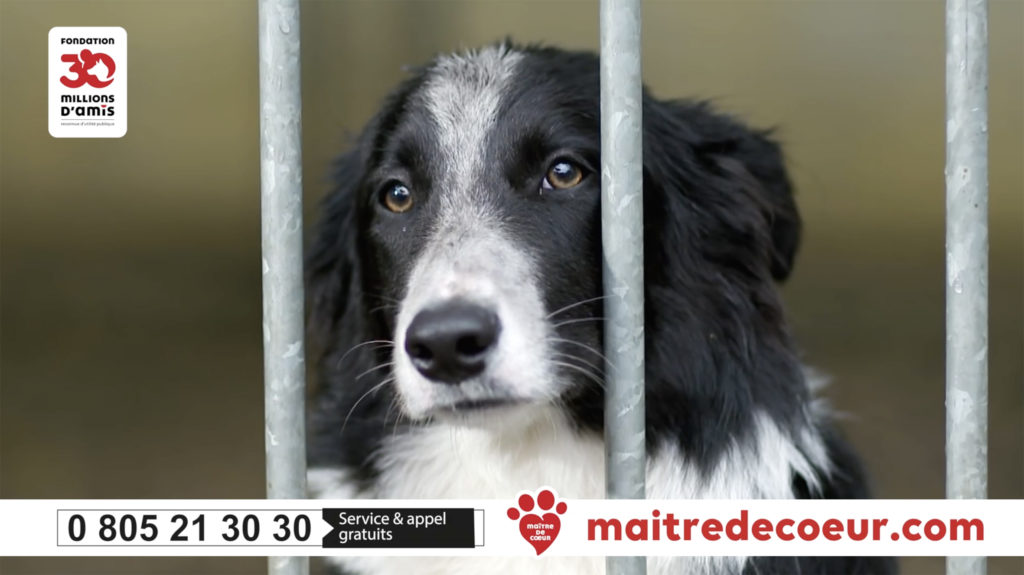 The campaign was bolstered by an extensive yet targeted media plan to reach a slightly younger audience than usual. Early results showed 37.5% of new donors were under 60, and a higher proportion of them than in previous campaigns were male.
Other charity initiatives WPNC and Solutions by Hopening have recently been involved with include Aide et Action child sponsorship; Fondation Arc pour la Recherche sur le Cancer; and international child welfare organisation Apprentis d’Auteuil. These test campaigns have provided some excellent learnings for us to carry into future work.

In Germany, an analysis of charity spend data from Nielsen, available for 2018 and the first half of 2019, reveals a minority of organisations are using TV as part of their campaigns. In 2018 this totalled just over a third (38%) of total charity ad budgets, while a combination of traditional direct mail and print ads (newspapers plus magazines) eclipsed this at 42% of
the total spend.
Furthermore, the majority of these TV ads can be classed as raising awareness rather than directly provoking donor response. Many appear on one of Germany’s main channels, RTL, whereas in the UK we often take a more targeted approach on niche
channels that offer the exact demographic charity clients need to reach.
But some German charities are experimenting with DRTV: animal organisation 4Paws and Christian Blind Mission have both committed budget to the channel.
In neighbouring Austria, agency Direct Mind launched a DRTV campaign for Vienna-based children’s hospice, Kinderhospiz Netz. The ad – “Hannah” – worked quite well on its own. When we added a cuddly toy as an incentive, however, the results improved dramatically: ROI increased by 12% and media costs per donor fell by 27%.

There were two main learnings from the campaign: a brand or organisation doesn’t need to be either big or well known to find success in DRTV; and secondly, traditional print ad techniques can translate well to the small screen.

Why joining DRTV to digital is vital

DRTV has a multitude of benefits. Chief among these are:

But we’re also finding that integrating TV and digital for a multichannel but joined-up approach can bring exciting uplifts to engagement and response. Producing a TV ad is great, but consumers use so many more touchpoints that now need to be factored into campaigns.
A growing number of donors and potential supporters are spending time online, and video views continue to increase. Global figures show that 78% of people watch videos online each week, with 55% saying they do so daily.
It’s also estimated that by 2020 online video will account for more than 80% of all consumer internet traffic (source: Omnikick). Online film – particularly content that lives on social media platforms – will only grow in importance. DRTV must therefore dovetail with digital for donor success.
At the seminar, we shared a campaign we recently created with Plan International UK . The charity wanted something different to their usual DRTV ads so we decided to put a positive spin on the important work it carries out internationally.
We invited some of the children the organisation sponsors in an African community to be the ‘stars’ of the creative, and they helped to create and film the ad. However, the campaign didn’t end there. We shot the footage with a view to creating a wider fundraising initiative.
Additional content now includes a ‘behind-the-scenes’ video of the ad’s production, as well as Plan staff interviews and individual stories about some of the youngsters who took part.

Behind the scenes with Plan UK’s DRTV ad

Steps to success: give DRTV a try – and don’t forget digital

For Plan, DRTV was very much seen as the starting point of the donor journey. Engagement through the ad encourages potential donors to go online to find out more about the charity, and some of the children it sponsors, via video stories and written
content on the organisation’s website and social media feeds.
DRTV and digital work together best when messages and the call to action are the same across channels; when the online content is relevant, and easy to find and engage with; and when donor interaction is encouraged (e.g. through feedback forms – in a GDPR-compliant manner, of course).
It’s no secret in a world bursting with information that the right content is key. But a new dawn for DRTV across Europe can open charities’ eyes to a powerful blend of TV and digital that will engage and convert potential donors in growing numbers.