From Ibstock supporting Shelter to Debenhams and Help for Heroes, here is a selection of recent corporate partnership news. 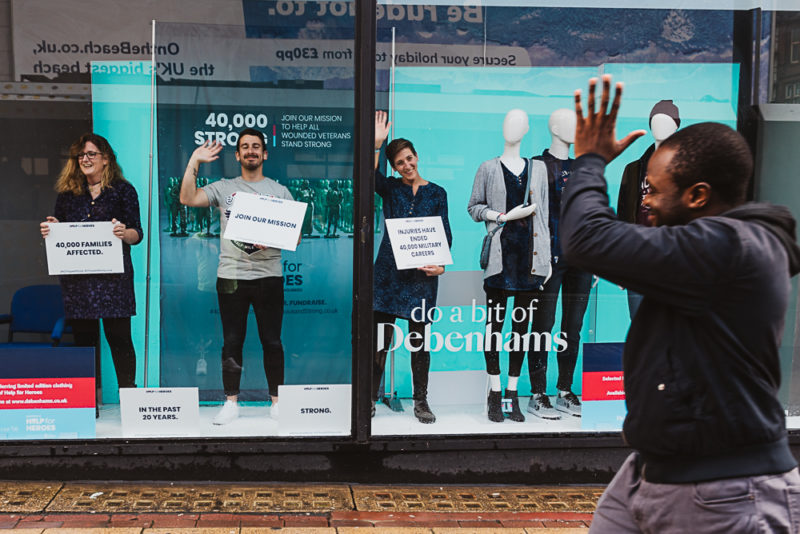 Debenhams has raised over £2.3m in the five years since it started supporting Help for Heroes. To celebrate, at the retailer’s store in Market Street, Manchester, Debenhams participated in Help for Heroes’ new ’40,000 Strong’ campaign by allowing the charity to take over two of its windows with a team of ‘live’ mannequins, including veteran amputees and fashion influencers. The activity demonstrated the retailer’s support for Help for Heroes, ‘doing its bit’ to help the charity build awareness of the campaign which features an installation of 40,000 model soldiers on display in the Arndale Centre in Manchester.  This represents the number of people from the Armed Forces who have been medically discharged in the past 20 years.

"What we've achieved with colleagues across Lloyds Banking Group has been a partnership from the outset. " @briancdow

We can't wait to see what the next two years bring! https://t.co/bzxYpT7Lxy

Mental Health UK and Lloyds Banking Group are extending their charity partnership for another two years. The aim is to raise £4 million by the end of 2021 to expand ‘Bloom’ which supports the mental health of young people. The funds raised through the extension of the partnership will enable Mental Health UK to reach half a million young people as well as train over 2,500 teachers. The scheme will help prevent long-term mental health challenges in later years, developing practical resources to provide the skills needed for staying mentally healthy. According to The Mental Health Foundation, 50% of mental health issues start before a person is 15 years old and 75% of mental illnesses start before a person’s 18th birthday. 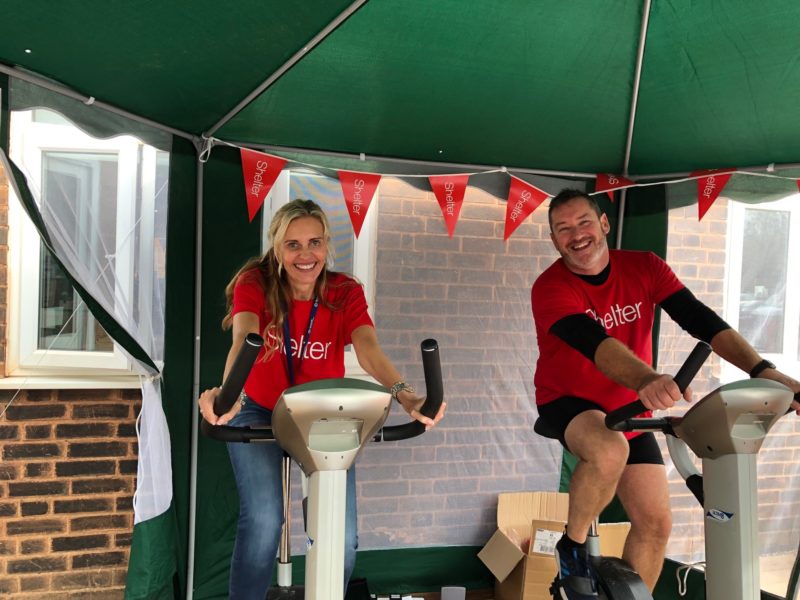 Ibstock plc has joined forces with Shelter in a new charity partnership (also main image). Over the next two years, the Group will raise funds for the charity through a series of fundraising initiatives, with a target of £50,000 in the first year. On 18 September, Ibstock plc CEO Joe Hudson was joined by Jeannie Pitt, Partnership Manager at Shelter, to officially launch the partnership at its head office in Ibstock, with a range of fundraising activities taking place across the week to mark the launch including a static Bikeathon which saw Ibstock staff at Leicester ‘cycle’ 465 miles – the distance between the Group’s two most distant sites of Mossend and Swanage. Ibstock has also appointed 50 ‘charity champions’ across its operating sites to help bring staff together to have fun while also raising money. 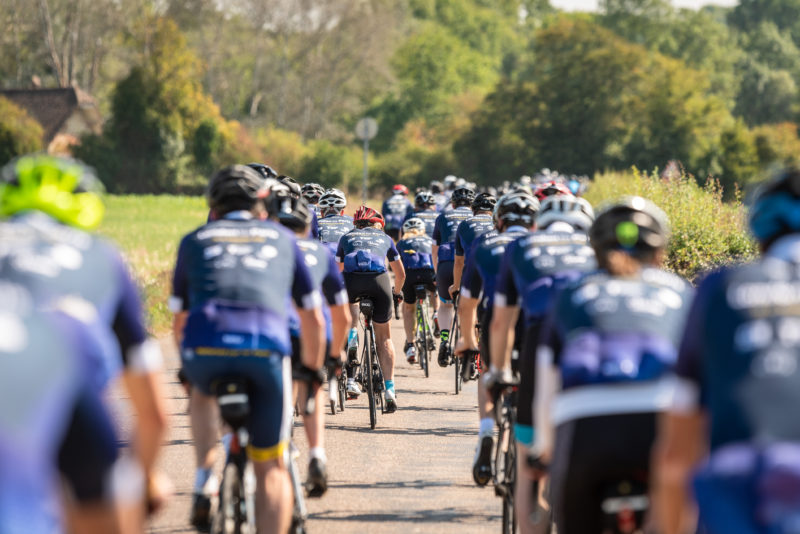 On Friday 13 September, 300 Morgan Stanley employees set off on a 24 hour cycle from London to Paris to raise funds for Teenage Cancer Trust, the firm’s London charity partner. Following months of training, employees of all cycling abilities set off from Morgan Stanley’s London office in Canary Wharf, cycling a gruelling 300km with a 3,000m ascent, finishing up at the firm’s Paris office. The challenge has raised over £300,000 for Teenage Cancer Trust so far. 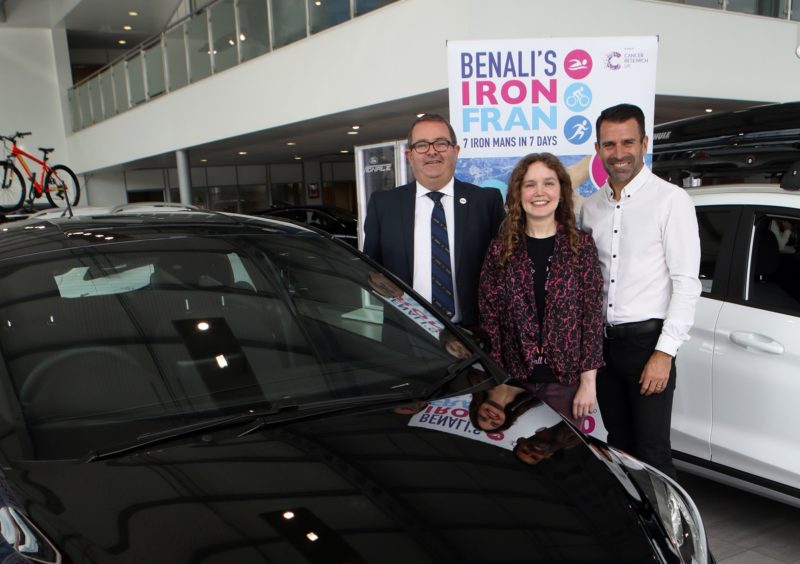 Hendy Group has helped Saints legend Francis Benali reach his £1million target for Cancer Research UK after donating a car as a raffle prize. The winner has taken delivery of a new Ford Fiesta ST Line while Benali celebrates reaching the milestone after a series of gruelling sporting challenges: seven Ironman triathlons in seven days. 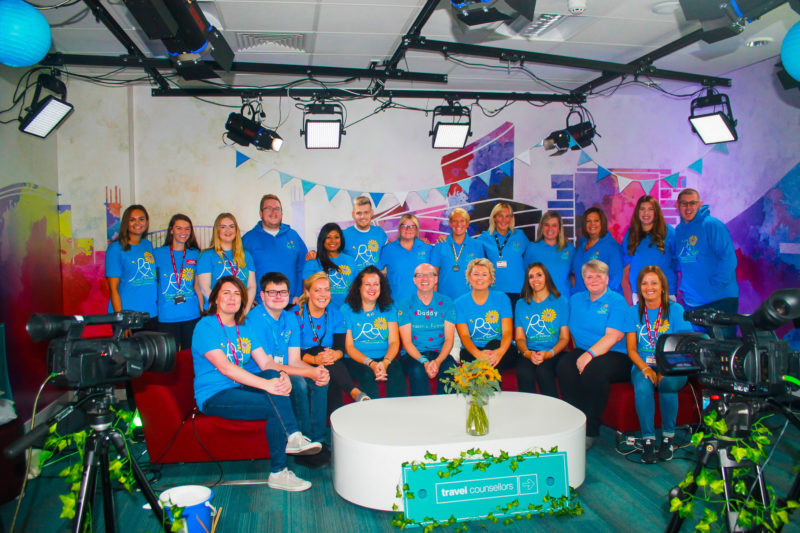 Continuing its support for North West charity Reuben’s Retreat, in September Travel Counsellors took to the airwaves via its own TCTV channel to raise funds in a 25-hour live telethon culminating in a £35k total. A number of live challenges also took place, including groups undertaking walks from Bolton to Trafford, cycling routes from Travel Counsellors headquarters to Glossop-based Reuben’s Retreat, and a motorcycle challenge which saw three Travel Counsellors team members ride over 1000 miles, stopping at four of the UK’s stadiums and drive through England, Scotland and Wales to raise further funds.

Did you know that you can donate your Q-Park rewards cashback to @ISPCCChildline through the app? https://t.co/dk8LlZOYjb pic.twitter.com/8LDMPcOMK6

Q-Park has partnered with ISPCC Childline to support Ireland’s national listening service for children while offering customers discounted parking. The new Q-Park Rewards App is now offering customers the chance to earn cash back on their purchases from Q-Park and its retail partners and donate the amount raised to ISPCC Childline. In addition, individuals who book city centre parking online at Q-Park.ie can receive a 10% discount and support ISPCC Childline by using the promo code ‘ISPCC10′. Q-Park will donate the discounted amount to the charity. Q-Park operates car parks in most of Ireland’s major cities. 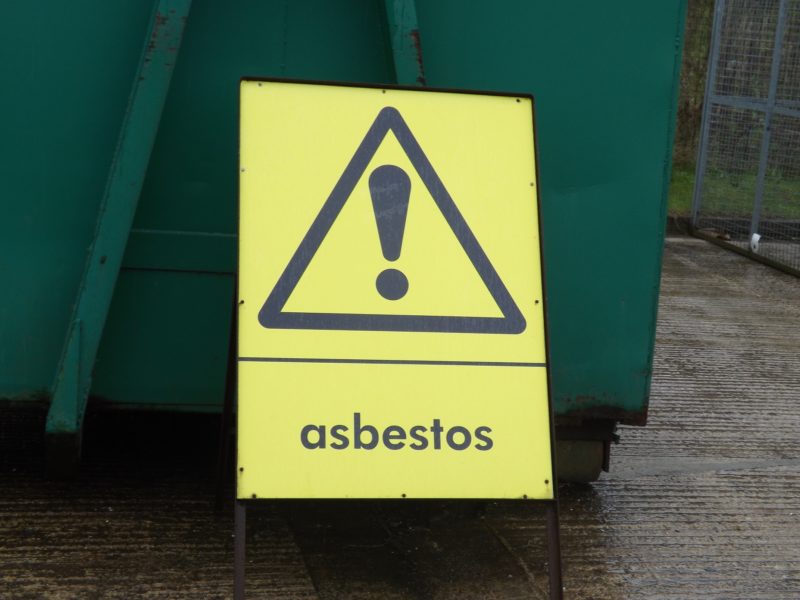 UK Asbestos Training Association (UKATA) has teamed up with British Lung Foundation (BLF) through its Mesothelioma Patron Scheme to raise awareness, fund research and support the victims of asbestos related diseases. The partnership was announced at UKATA’s AGM by Cheryl Lenny, Research Networks and Partnerships Manager at BLF.

A week today, @DeutscheBank's generous UK employees will be encouraged to donate their day's salary to the #dbCOTY: Cure Leukaemia & @RaysofSunshine. #dbOneDay 2018 raised a staggering £1.2m! See the #PositiveImpact this had & donate here: https://t.co/qcpy3HBB7v #CLFamily pic.twitter.com/XGjX20yYhe

Deutsche Bank’s biggest annual fundraising campaign, One Day, took place on 26 September in support of its Charities of the Year, Cure Leukaemia and Rays of Sunshine Children’s Charity. Employees were invited to donate a day’s salary (taken before tax), which is matched by the bank outside of usual matched giving allowance. Last year it raised £1.27m from this day alone and the impact can be seen here.

Could you be Tozers' 2020 Charity of the Year? Applications are now open! 📢🎉

Details on how to apply can be found here: https://t.co/gxilWiKIJg #charity #mondayfunday pic.twitter.com/dj4pjFCsCn

Tozers Solicitors is looking for next year’s charity partner and is inviting nominations until 31 October. Every year Tozers’ staff vote for their Charity of the Year and whilst there is no guarantee as to the amount of funds it will raise, in previous years staff and partners have run marathons, baked (and eaten) cakes, held quizzes and got muddy for great causes. 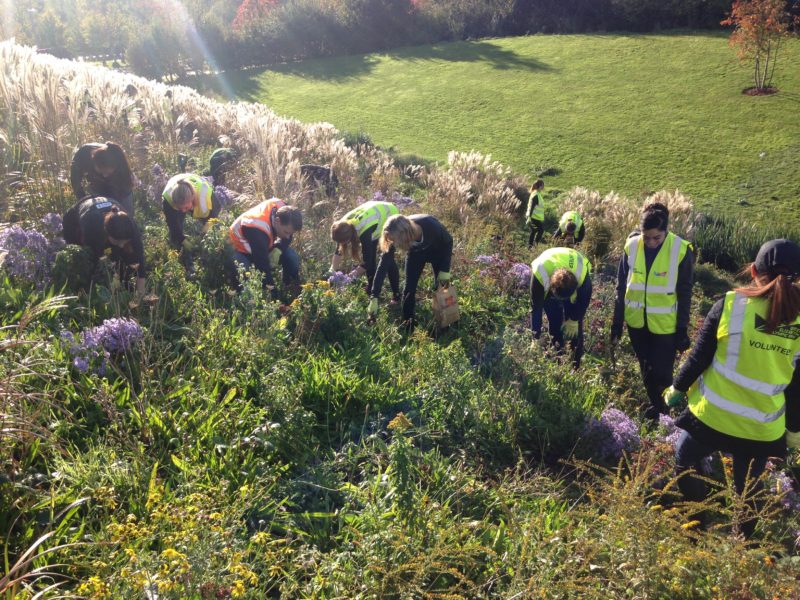 Silicon Valley Bank has partnered with Hands on London, a non-profit organisation focusing on community service, to pack hygiene and wellness kits to support the homeless. The initiative was part of SVB’s Annual Tech Gives Back week of community service, took place earlier this month. Tech Gives Back is an interactive event created to provide the tech community with an opportunity to work alongside their colleagues and peers to positively contribute to their communities through volunteer work. More than 3,000 professionals from across 200 companies in the United Kingdom, 11 U.S. states, Canada, China and Israel volunteered of hours in the event in total.

Image from last year’s partnership with Hands on London

The ATP and Cancer Research UK announced a new partnership for the final two editions of the Nitto ATP Finals in London (2019-2020) before the season finale moves to Turin, Italy in 2021. The partnership will see the world’s best eight qualified tennis players and doubles teams come together at the ATP’s season-ending tournament to help Cancer Research UK raise money to fund its research. To kickstart the fundraising, the Nitto ATP Finals has given customers the opportunity to donate when they buy their tickets, and throughout the eight-day tournament, taking place from 10-17 November, short films about the charity’s work will be broadcast. Spectators will also be encouraged to support by text-to-donate or via bucket collections. 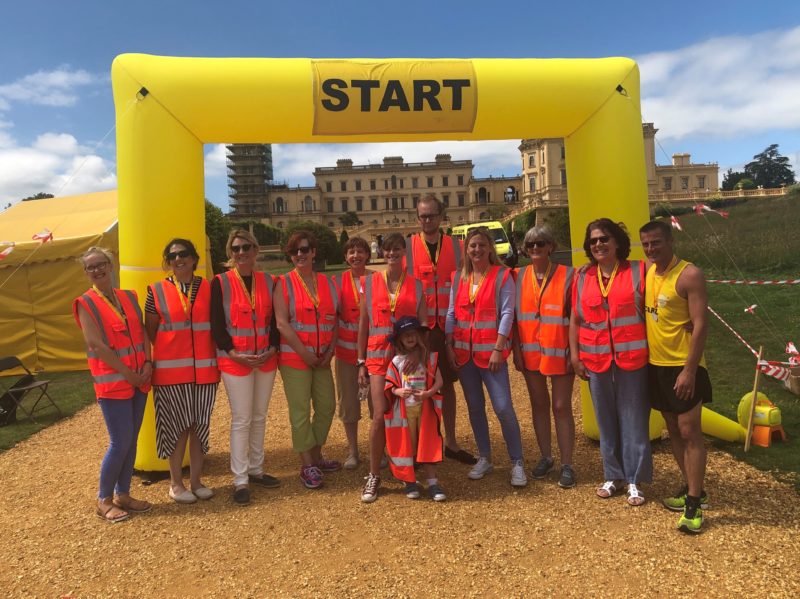 Red Funnel seeks next Charity of the Year

Nominations to become Red Funnel’s Charity of the Year 2020 are now open. Charities from the Isle of Wight and Hampshire area are encouraged to apply for the chance to be crowned the ferry operator’s charity partner for the forthcoming year. Red Funnel supports over 30 charities, but each year focuses its fundraising initiatives on one charity. This is the sixth year it has run the scheme and so far it has raised over £200,000. Charities can apply at www.redfunnel.co.uk/coty2020. The closing date for entries is 10 November. 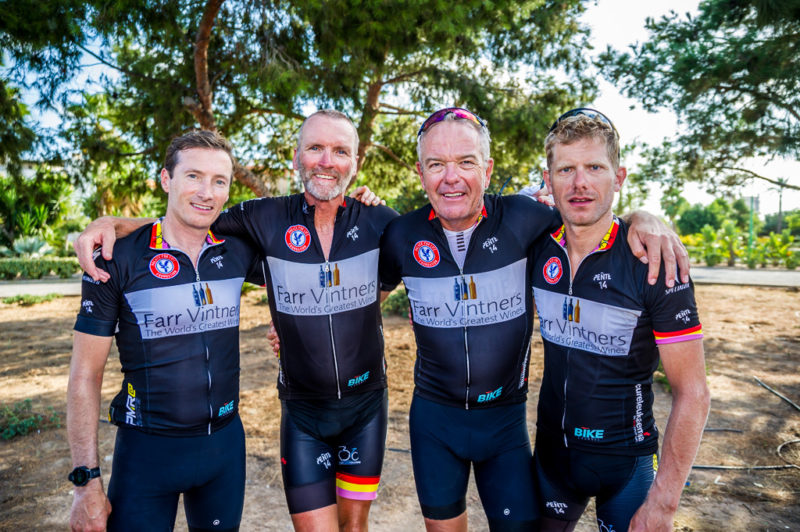 Fine wine merchant Farr Vintners has been announced as the headline sponsor for former footballer and blood cancer survivor Geoff Thomas’ latest and final Tour de France cycling event, one day ahead of the professionals in 2020. The event, GT15, will take place 15 years after the former Crystal Palace, Wolves and England footballer was declared in remission from chronic myeloid leukaemia. This will be his fifth and final Tour de France challenge taking place from 26 June – 18 July next year. All funds raised from this event will be invested directly into the national Trials Acceleration Programme (TAP) network which Cure Leukaemia will begin funding from January 2020.