Thinking of You is a mobile giving app, available from today, offering individuals a choice of ways to give via their mobile.
Supported by The Charities Aid Foundation, the app is already being used by charities including Shelter, Stroke Association, Rethink Mental Illness, Children with Cancer and Make-A-Wish.
Described as “the world’s most thoughtful giving app”, Thinking of You is designed to combine “strength of thought with ease of donation”.

Four ways to give

The emphasis on thinking of others as well as giving to charity is apparent in the four options for giving that the app offers:
1.    Send a thought and optionally donate in the moment to someone, to their charity of choice – whether a happy/sad occasion, anniversary, birthday, prompted or impromptu.
2.    Create fundraising events (like a marathon or bake sale), and update supporters with a live fundraising feed that keeps mobile contacts in the loop about your progress.
3.    Set up in memory and legacy fundraising campaigns
4.    Donate directly to a charity.

Thinking of You focuses intentionally on ‘one way’ communications, with the intention of helping people avoid yet more overload through feeling they have to respond to each social media message.
Using the add, the sender sends a thought and/or donation, the receiver receives, and a simple “thoughtful” automatic acknowledgement is sent.
Thinking of You charges 2.5% from any donation to operate its service.
It is available free from the iOS and Google Play app stores. 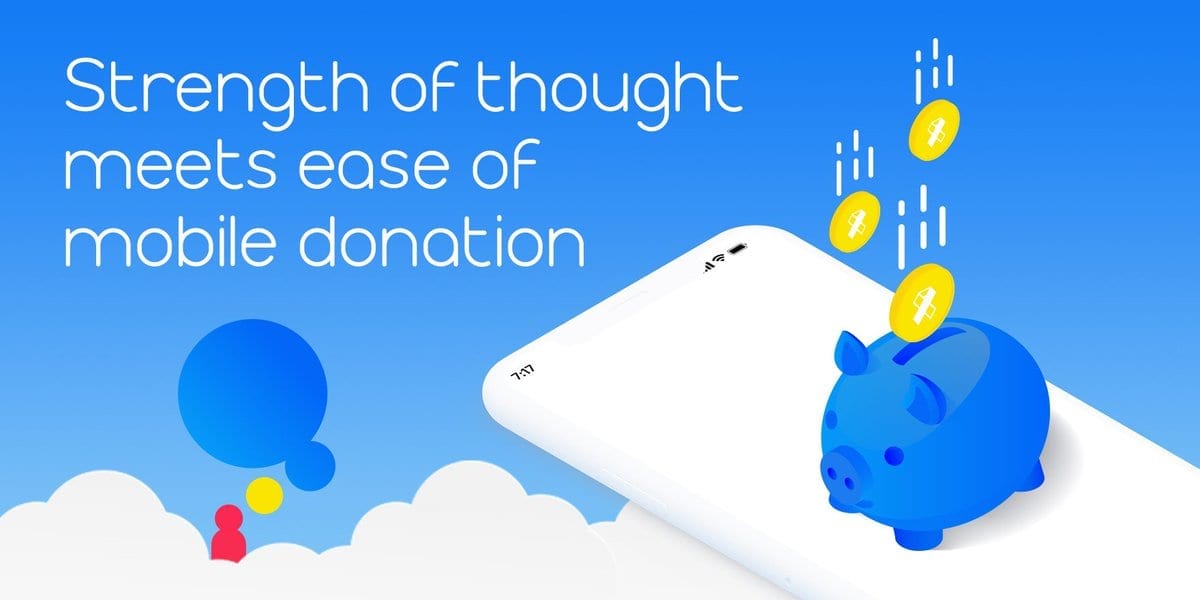 Founder and charity comms entrepreneur, Johnny Pitt explained why he developed the app. He said: “I’ve always been struck by the strength of the words ‘Thinking of You’, but also the lack of a quick and simple way to give on your mobile.  Thinking of You combines both and fills a big fundraising, emotional and societal need.”
Comments Jo Loughran, Director of the mental health charity campaign Time to Change, which is featured on the app, explained how the app’s emphasis on thinking for others is valuable. She said that the charity’s research shows that many people are still wary about contacting friends or family whom they think are struggling with their mental health, because they think it might be difficult of awkward.
However, “a message via text or an app can be enough to show you’re there and it can mean the world to the person on the receiving end. Thinking of You is an exciting breakthrough, a simple way for people to reach out while supporting some fantastic charities.”
John Low, Chief Executive of CAF, explained why the charity was supporting Thinking of You. He said: “CAF’s mission is to support giving so we are always looking for ways to innovate and make it easy for people to give to causes close to their hearts. People give when they feel a close connection with a cause, so we are delighted to be working with Thinking of You to help them ensure that donations get to the charities that need them so much.”