Unicef Australia is inviting supporters to use their computer’s spare processing power to mine cryptocurrency to raise funds for the charity.
To take part visitors simply have to visit and remain on The Hopepage, the dedicated page created by Unicef Australia.
The cryptocurrency mining continues while the page is open, and can only begin after the user has opted in to participating. There is no need to download any software: the cryptocurrency mining takes place within the user’s browser.
Users can choose what proportion of their processor power they wish to donate to the task. The default is 60%. 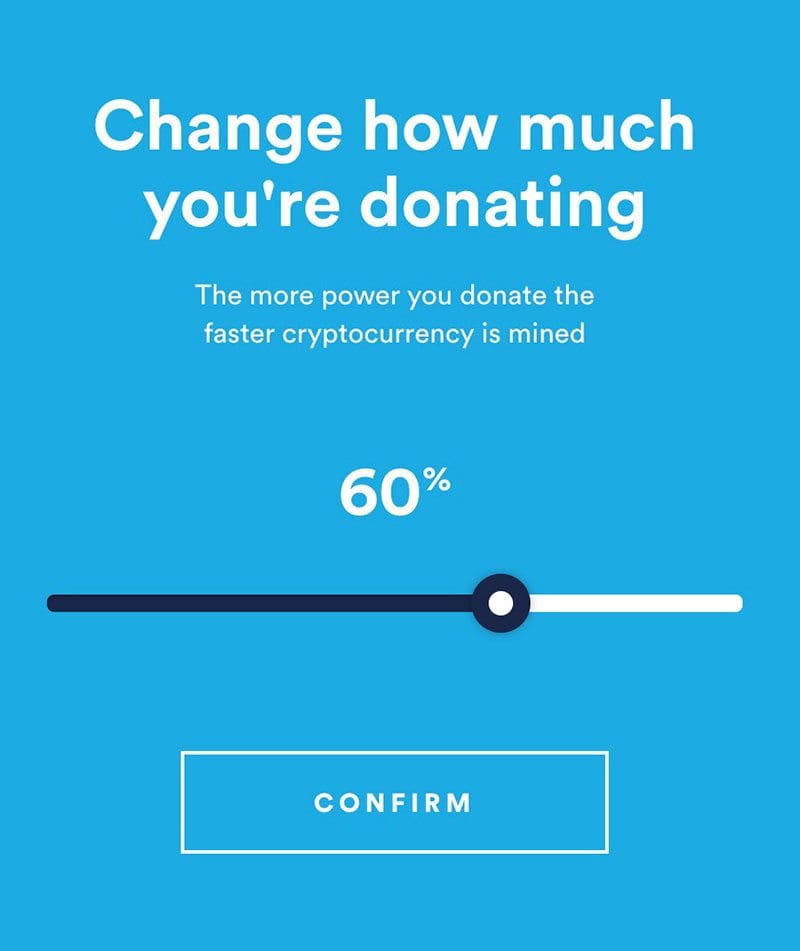 Choose how much processing power to donate

While the user is visiting the page their computer processor works on solving a series of cryptocurrency puzzles or equations, which underpin the operation of the cryptocurrency itself. In return for this work, the user is rewarded with minute elements of cryptocurrency, which is then automatically donated to Unicef Australia to turn into fiat or traditional currency.
As with other donated processing power programmes, right back to the SETI @home programme, this idea will work when it is adopted at some scale. The more users there are, the more income will be made for the charity.
Jennifer Tierney, UNICEF Australia’s Director of Fundraising and Communications, said: “We wanted to leverage new emerging technologies to raise awareness about current humanitarian crises and raise funds to support children caught up in them. The HopePage allows Australians to provide help and hope to vulnerable children by simply opening the page while they are online.”

The cryptocurrency mining platform is provided by Coinhive. It provides the facility to mine the cryptocurrency Monero.
Specifically, users are are mining XMR, the currency for the Monero Blockchain.

Unicef Australia states that income from The Hopepage is supporting its work providing supplies to Rohingya children who fled their homes in Myanmar.

Mass cryptocurrency mining could be used by many other charities who could attract large numbers of individuals to take part and donate their spare processor capacity. On the face of it, it seems one of the easier ways to generate income for charity at no cost to yourself.
However, there is a cost, and that is in power consumption. Cryptocurrency mining involves considerable power consumption, so it is not cost-free by any means. This would probably make it unpalatable to environmental organisations or indeed any charity concerned about its environmental impact.
That said, almost all fundraising involves expenditure and the use of some resources.
Unicef Australia touches on this in its explanation of the scheme, stating: “If you’re ever worried about power consumption, turn down the amount of processing power you’re donating.”