Last week Pinterest UK welcomed a small group of charities and designers to its London office to explain how they can make the most of the visual inspiration site.
The morning session, organised by Social Misfits Media, featured a presentation from Pinterest UK staff full of practical tips. Here is a summary of what they shared.

Very excited to be setting up at @Pinterest the morning for our latest #MisfitsLive! pic.twitter.com/77UcvFBWp3

The Pinterest UK team explained that Pinterest is used to plan the future, in contrast with other social networks which tend to be used to focus on what is happening now, or record and share what people have already done.

Pinterest is about planning your future, not recording your past #MisfitsLive pic.twitter.com/zdb10oBWlp

Pinterest is used to plan ahead, and can often be used in an aspirational sense – to make change, to explore, to create. As a result, the site is not used for selfies, but “for yourself”. 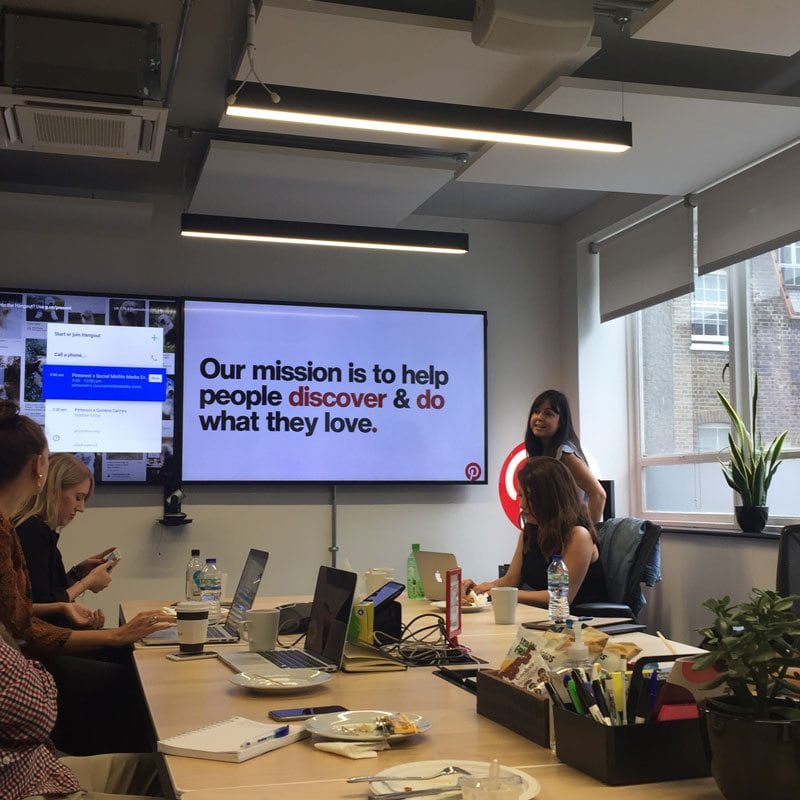 Most charities’ offer aspiration in some sense – the desire to change the world, to join a group of like-minded changemakers, to make things better.
Pinterest is used by people to “discover and do what they love”.
Unlike other channels it is not about user generated content either, but about the pins or images that you or your organisation share.

The Pinterest team shared a summary of Pinterest UK user data.
It is predominantly (80% of users) used via mobile, with 3m pins or ideas posted each day in the UK. The site attracts 10 million monthly unique visitors, of which 40% are millennials, and 70% are female, according to Comscore.

The most popular topics on the site are food, holidays, style and beauty. While it is clearly a personal and aspirational site, 75% of images posted to the platform come from businesses. 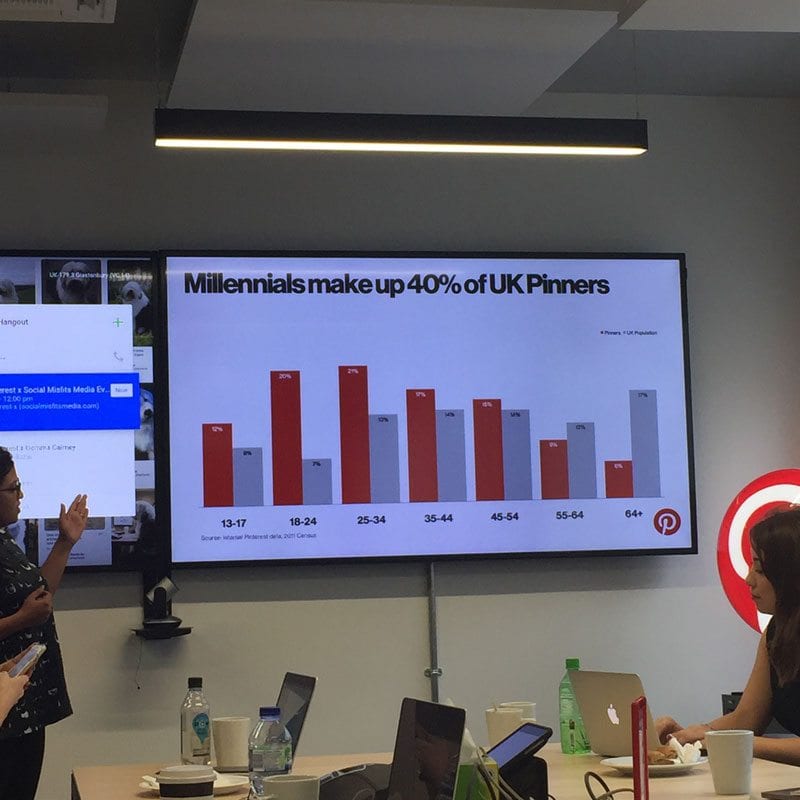 3. What makes the ideal pin? 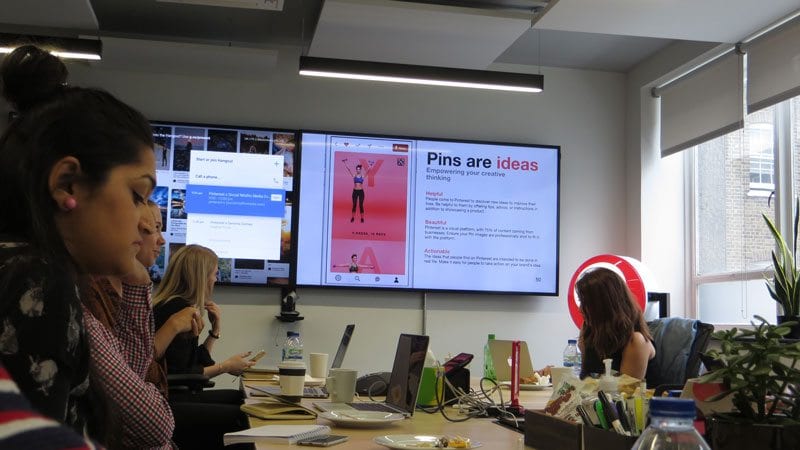 If Pinterest sounds right for your charity, what content should you publish? Pinterest UK’s staff are clear: every pin should have three hallmarks. It should be:

Every pin should be helpful, beautiful & actionable. #MisfitsLive

The ‘actionable’ element should appeal to charities. Pinners, or users of Pinterest, are not just viewing pretty pictures – they are looking for ideas or inspiration to do something.

4. How do you pin effectively?

Some of the advice was common sense and applies to other digital platforms such as Flickr and YouTube. For example, for each post to Pinterest, make sure you add a decent description. Pins are most often found by search, so you need to add relevant keywords to ensure you content is findable.

Detailed descriptions are key – this includes naming boards, but keywords in the descriptions will help search #MisfitsLive

Pinterest also encourages authentic behaviour. They advise “no urgency in tone” on adverts on their site, and do not permit pins that feature a message such as “repin this to enter a competition”.
Don’t forget to include your charity’s branding on the images you post to Pinterest. But position it on the bottom left of images, not the bottom right, because that is where the white ‘explore’ button appears on the mobile app.
Seasonal themes also work well, so consider posting content that will be relevant to Halloween, Easter, Christmas and other religious or secular dates in the calendar.
Hashtags aren’t relevant on Pinterest so Pinterest UK does not recommend including them.

5. How many followers is enough?

While attracting followers on Pinterest is helpful, it’s not quite the same as followers on Twitter or Facebook. While followers will stand a chance of seeing your latest posts in their Pinterest feed, most pins are found by search. This reinforces tip 4 above on the importance of including textual descriptions of your pins and boards.

Don't get too caught up on followers or boards. When it comes to @pinterestUK, it's the pins that matter (obvs!) via #MisfitsLive #Digital

That said, finding influencers who will repin content can be a useful approach on Pinterest. The company worked with Comic Relief for Red Nose Day this year, connecting them with influencers on relevant topics. They also helped with packs for schools promotion and suggesting topics for boards to create. 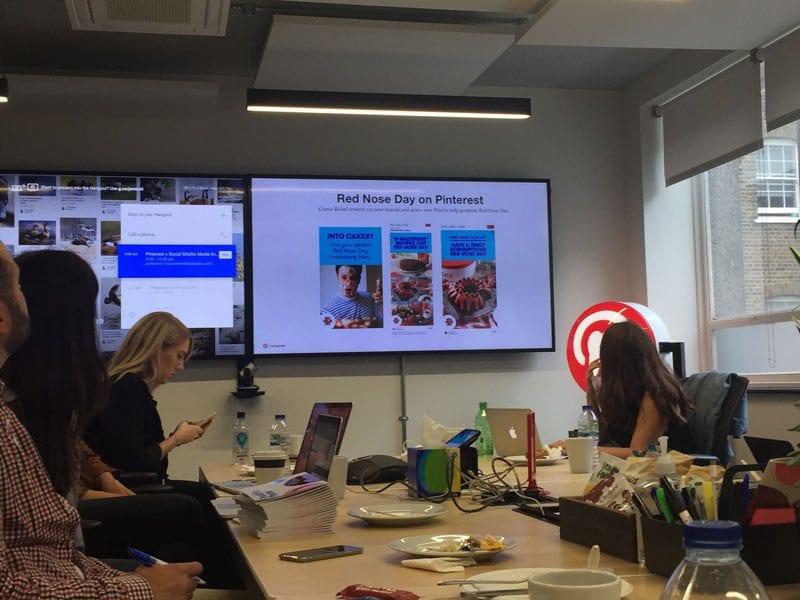 The Pinterest UK report that posts or boards that answer a question often attract attention on the platform. This is true on many websites of course, and SEO-aware authors try to create posts and content that answer a particular question.
Comic Relief used this approach with success for Red Nose Day 2016.

A how-to will almost certainly require a text overlay to your good quality image. Pinterest UK staff reminded us, however, that such text should add to a pin, and not serve as a substitute for a good image.

How can charities find and share good content for Pinterest? The Pinterest team’s advice is applicable to any charity using more than one social media channel – repurpose with content.
In other words, practise editing and amending content so that it can be used with different audiences, on different channels, and in different ways.
For example, a fundraising appeal page on a charity’s website can be reused in multiple ways: 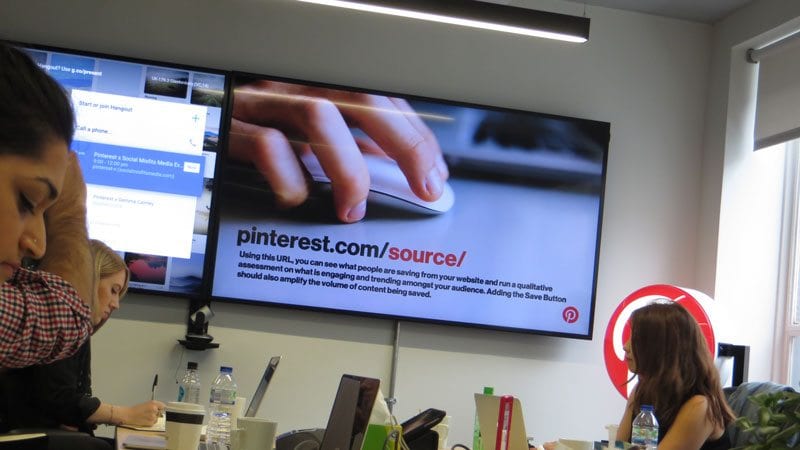 https://t.co/euN5eld3va] is a great way to see what people are pinning from your site (even if you don't have an account!) #MisfitsLive

You can also follow the latest trends on the site on Pinterest UK’s blog to take advantage of them when choosing your next pins.

Find out the latest tips and trends, including the Pinterest 100, from @pinterestuk on their blog! https://t.co/0v3AGKWWy7

9. How to get more attention?

If it is not so much about the number of followers you attract, how can your charity’s content get seen by more people?
The Pinterest UK team recommended:
• add the ‘save to Pinterest’ button on your website and its images.
• use a descriptive business profile (convert to a business account if your charity hasn’t done so already – there is no charge). It gives you the opportunity post Rich Pins and pulls in your brands logo on your pins.
• add the browser extension so that you can pin images to your charity’s account quickly and easily

Pinterest does not offer a charity-specific programme, like Google Nonprofits or Canva for Nonprofits. But it is evidently supportive of charities’ use of its platform.
It tends to work with one charity a year, hence the Comic Relief partnership. This is chosen internally so no applications are invited.
With Comic Relief Pinterest UK worked with its in-house designers and advised on what kind of topics would work best e.g. children’s activities, talent show ideas, and food, especially bake sales. 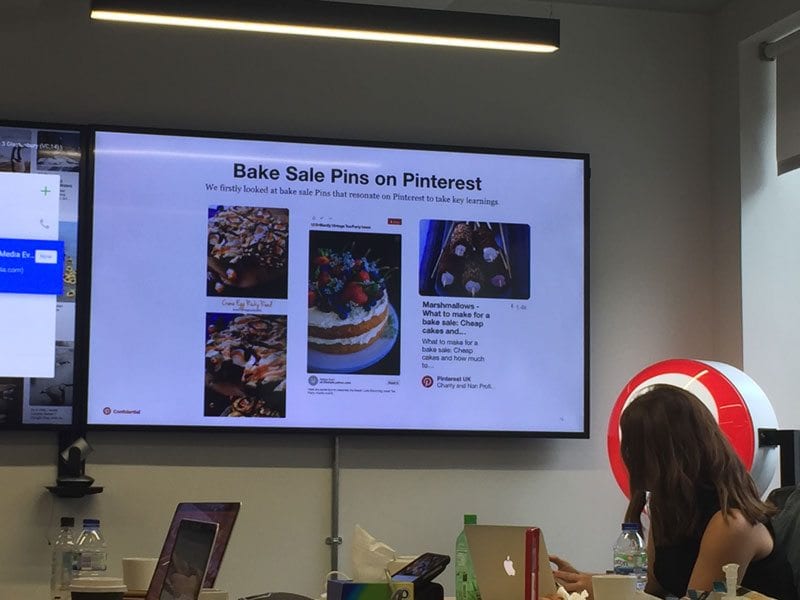 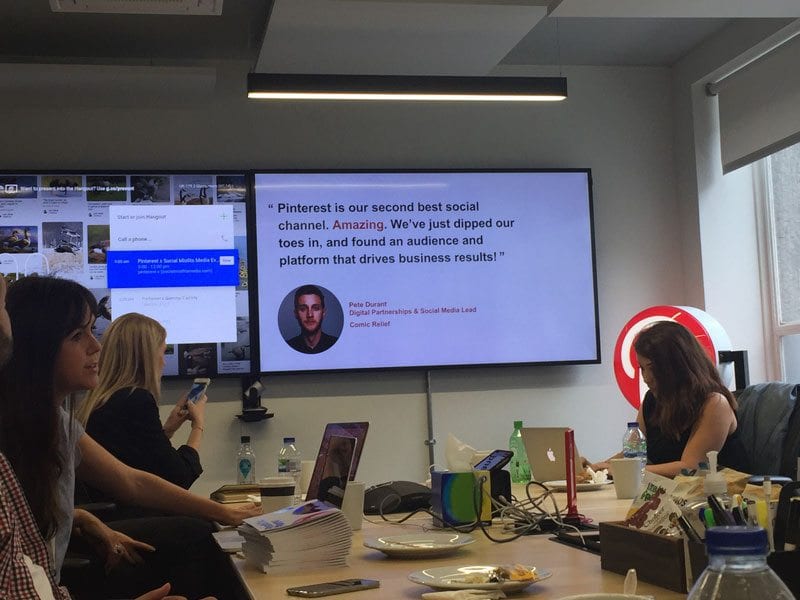 Celebrity involvement can work on Pinterest. The most pinned celebrity is currently Ryan Gosling, and US environmental nonprofit Sierra Club in particular benefits on Pinterest from its support from Gosling. 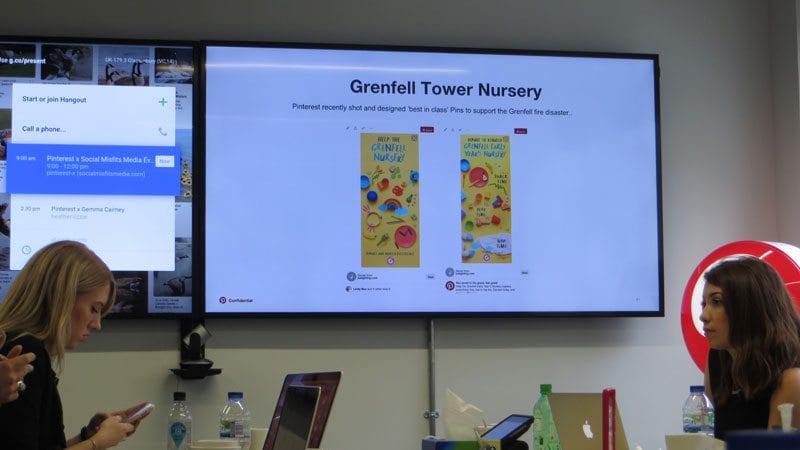 Pinterest UK also responds to other charity activities and campaigns. For example, following the Grenfell Tower fire disaster in June, it created a pin to support a fundraising campaign for the Grenfell nursery. Within 12 hours it had raised £1,000 via the campaign’s JustGiving page.

Your charity’s focus, campaigns and projects may change over time, so some of your boards (or collection of pins) will appear out of date. Avoid deleting boards, however, because they have a value in terms of search. Their content will have been repinned and shared and that is another aid to your organisation’s content being found in Pinterest searches. 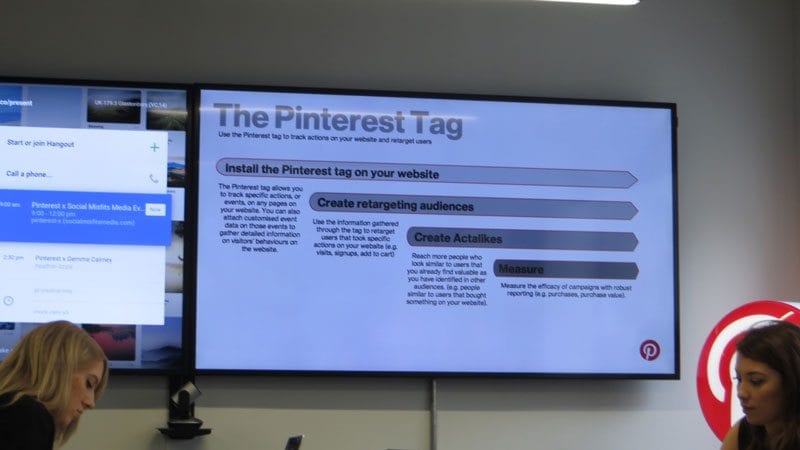 Stay up to date with Pinterest’s new tools and functionality to see if they can help your charity. The latest include:
• tried it – track ideas you have tried (bought, experienced, visited, read etc)
• instant ideas – click the white circle on pins to find similar pins
• visual search – select a section of another image to search solely on that detail for similar pins
• lens – available only on mobile devices, this lets you take photos (or use photos from your camera roll) to find suggested similar pins.
Buyable pins are “coming to the UK soon” according to Pinterest UK staff. These could prove particularly useful for charities pinning charity shop items or merchandise which are available for direct purchase. 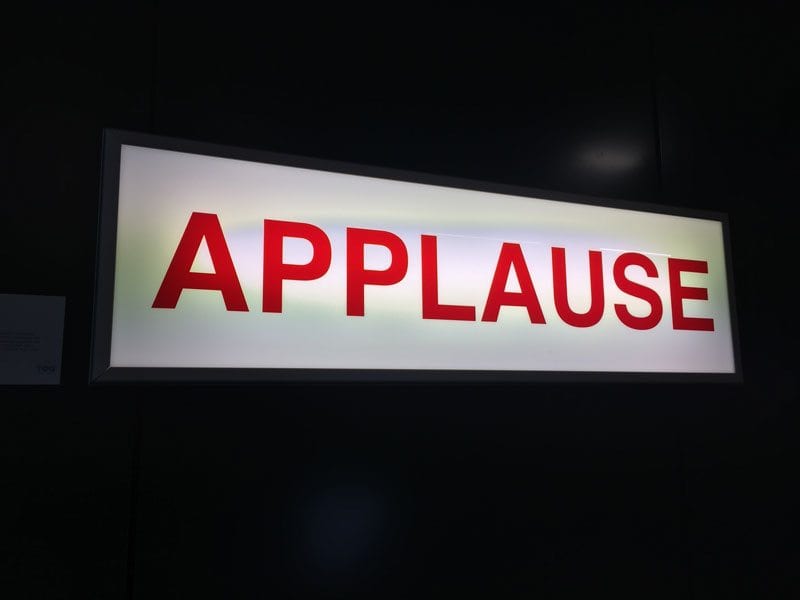 For more background on what Pinterest UK shared with its charity guests at the event, read What Pinterest can do for your charity by Erin Niimi Longhurst of Misfits Media. 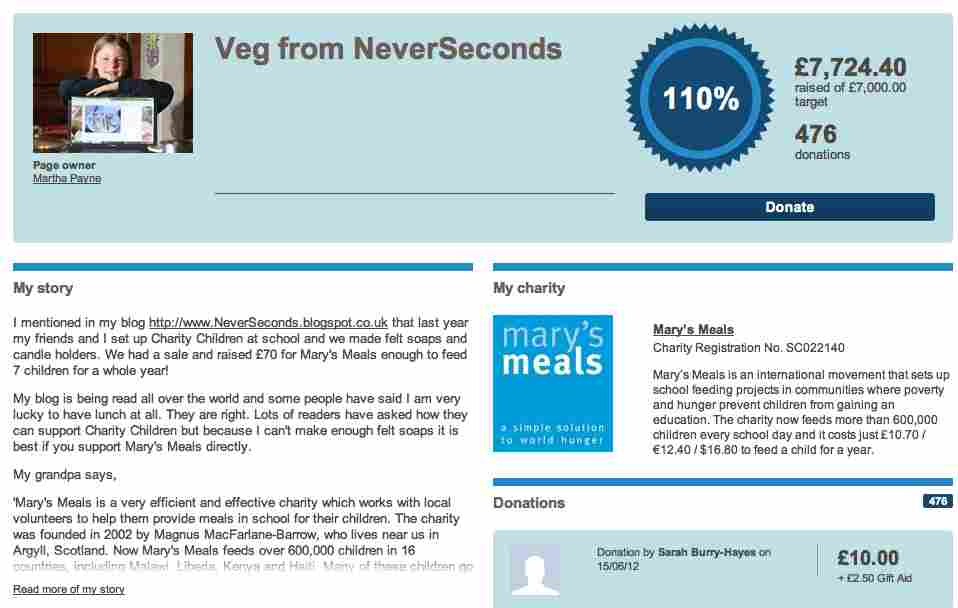 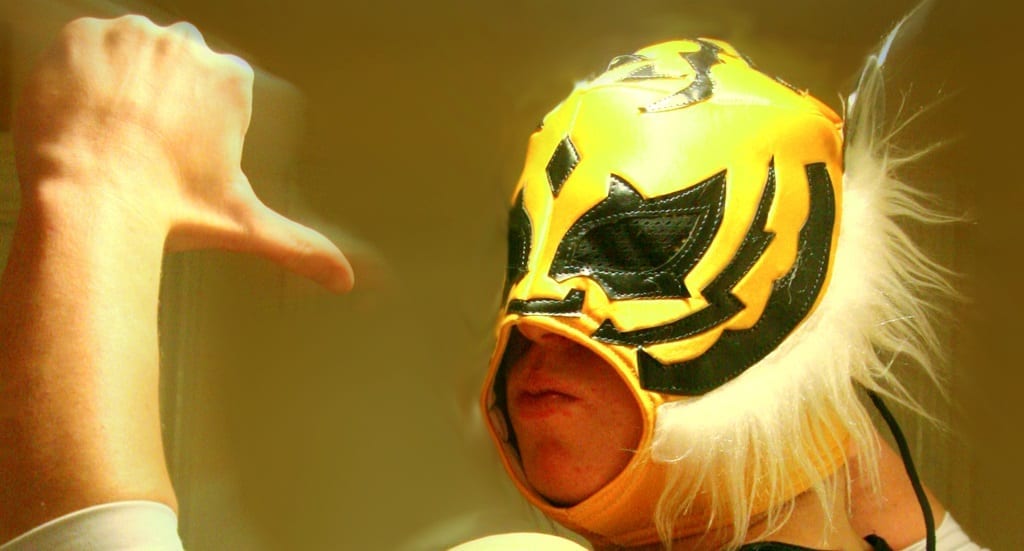 Being selfish is doing good for fundraising 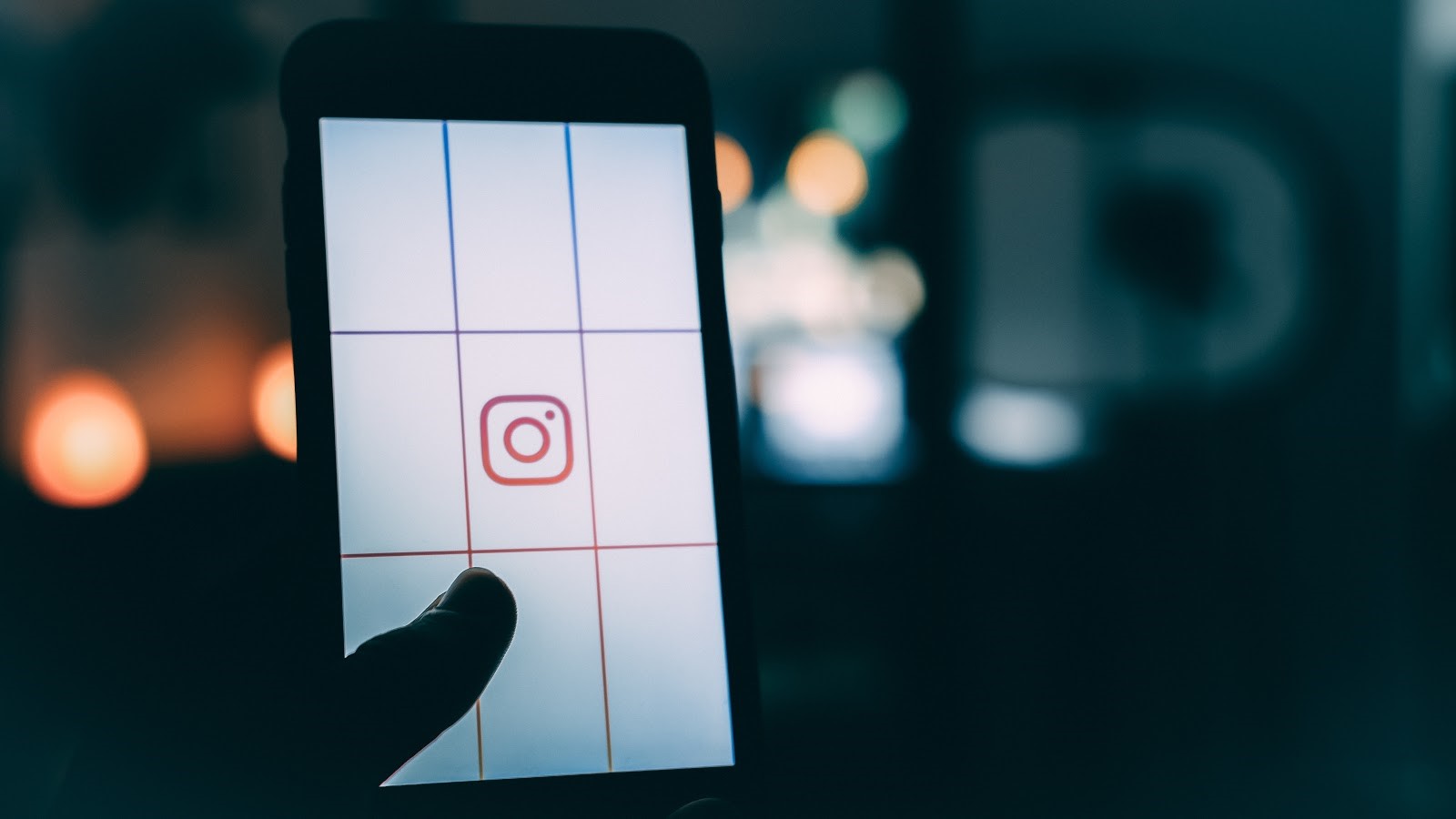 The Definitive Guide To Instagram Marketing For Charities & Non-profits