The British Red Cross has launched an emergency appeal to support the victims of the terrorist attack in Manchester and their families.
The attack on 22 May killed 22 people, including an eight-year-old girl, and injured 59 people.

The British Red Cross, in association with We Love MCR, the Lord Mayor of Manchester’s’ charity, have established the Manchester Emergency Fund to support the victims and their families. The appeal is hosted on JustGiving. 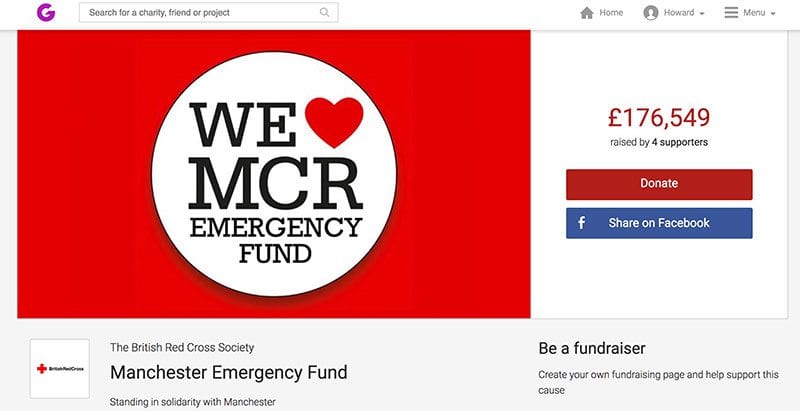 Substantial donations including from JustGiving boosted the Manchester Emergency Fund’s total from the outset.

JustGiving itself donated £50,000 to the appeal “in condolence and support of the victims following the largest terrorist incident since 7/7 bombings”. 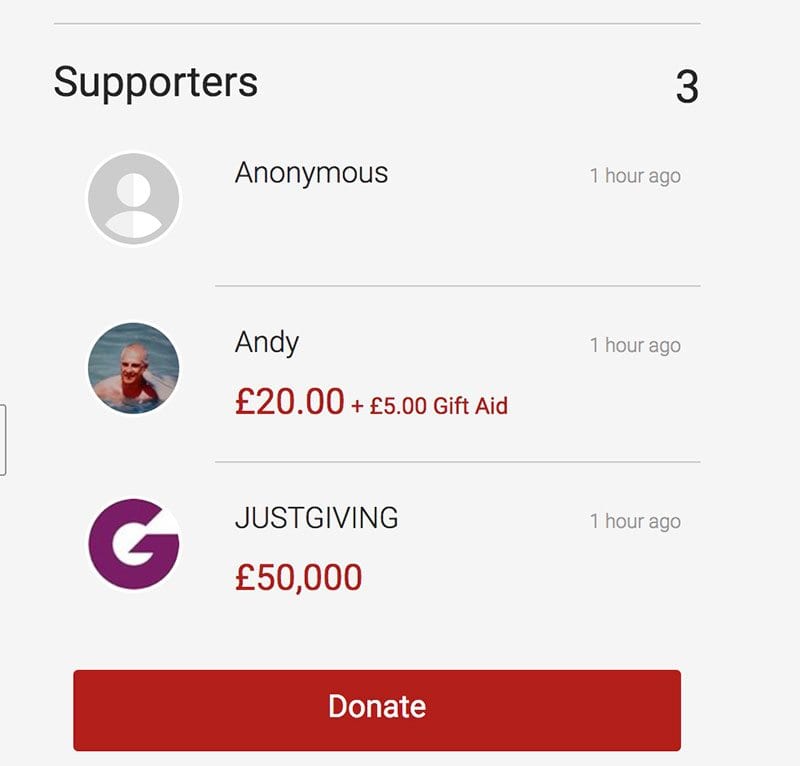 First donations to the We Love Manchester Emergency Fund.

Rhys Goode, spokesperson for JustGiving, said: “Following this devastating and cowardly attack, it speaks volumes that the people of Manchester and across the UK have rallied to support the victims, their families and friends in their hour of need. This shows just how strong people’s resolve is not to be cowed in the face of terror.”

Thank you Manchester. Thank you from the bottom of my heart. pic.twitter.com/d88atzvDwb

Shortly after the attack and its impact became clear over 150 pages were set up using JustGiving’s crowdfunding platform ‘Campaigns’ alone. One was set up at 07.53 yesterday morning by the Manchester Evening News and had raised £400,000 from over 10,000 supporters by the end of the afternoon.
In 2014 the Manchester Evening News set up a successful fundraising appeal following the fire at the Manchester Dogs Home.
Other appeals were also established on crowdfunding and giving sites. Appeals were set up to thank and help two homeless men who helped the victims of the attack.
One, set up on GoFundMe, was set up to thank Chris Parker, who rushed into the Manchester Arena after the blast to help people. He comforted a dying woman in his arms. The appeal has raised £26,715 in 21 hours from 2,367 donors. It seems that the appeal will help him be reunited with his mother.
Another appeal was set up to help Stephen Jones (‘Steve’) who was interviewed by ITV News. The appeal, created by Diane Moore, has raised £18,835 on the JustGiving Campaigns crowdfunding platform. The founders of both appeals are in touch “to sort out the best way of dealing with the money – we want Steve and Chris to have the very best opportunities for fresh starts.”

'We had to pull nails out of children's faces': Steve, a homeless man who was sleeping near #Manchester Arena, rushed to help young victims pic.twitter.com/dyxzZpal0Q

Another appeal for Stephen Jones on JustGiving Campaigns, set up by Graeme Seddon, has raised £31,599.
Wonderful.org is also hosting an online appeal for the victims of the attack and their families. The funds raised will be distributed by charity Victim Support.

A Manchester-based company has underwritten the costs of setting up the fundraising platform and guaranteed 100% of the money donated plus all the Gift Aid will go to the fund. Stripe, the company that manages card payment transactions, is waiving charges for donations.

The political parties agreed to pause campaigning in the General Election following the killings. In the light of so many children’s deaths, Together For Short Lives also announced that it was pausing its Childrens Hospice Week campaign “as a mark of respect”.

Our thoughts are with those affected by the tragedy in Manchester. We'll be pausing our #ChildrensHospiceWeek campaign as a mark of respect. pic.twitter.com/Tx8EpPqTFe

WATCH: BBC Newsround’s guide to explaining the attack in Manchester to children

Trying to explain the events in Manchester to children? This guide from @BBCNewsround helps children understand what happened and why. pic.twitter.com/NKvfPIG95L