Fundraising in the UK received several hammer blows in 2016, on top of a continuation of strong negative currents for some income streams, and uncertainty over Brexit and worries over the US elections didn’t help our donors or trustees confidence either.
The resultant mood around our Top Table gatherings of the leading fundraisers was sometimes grim, but as the resourceful and optimistic natures of fundraisers kicked in new trends and possibilities began to emerge on which I have based my predictions for 2017.
Naturally these are also flavoured by our experience as consultants and it may be significant that the first three proposals we have sent out in 2017 are all in response to organisations expanding their international reach in one way or another.

So, the first prediction is that international NGOs will step up their fundraising in new countries and new continents. This trend we saw take off in 2016 as we did market entry analysis in Latin American, Africa and East Asia. This is a step change from expansion across Europe which was perhaps stage one in the process of NGO globalisation.
We see this not just as asking local staff to raise funds where they happen to be, but the setting up of fundraising offices worldwide, the training of staff and investment in research and a variety of fundraising techniques.

There has been no visible slackening of the increasing wealth of the super-rich but the trend is for them to set up their own charities and look to their Private Offices (which handle their finances) for advice on philanthropy. We expect to see fundraisers reaching out much more effectively to multi-millionaires and billionaires. We have seen fundraisers either applying to existing funds such as the Gates Foundation or looking for wealthy people who already give to them, rather than forgoing relationships with extremely wealthy people who have no current relationship with their charity.
This has left huge untapped wealth in the hands of relatively few people and i2017 must be the time when we all wake up to this and invest the time in securing a significant part of these huge sums. 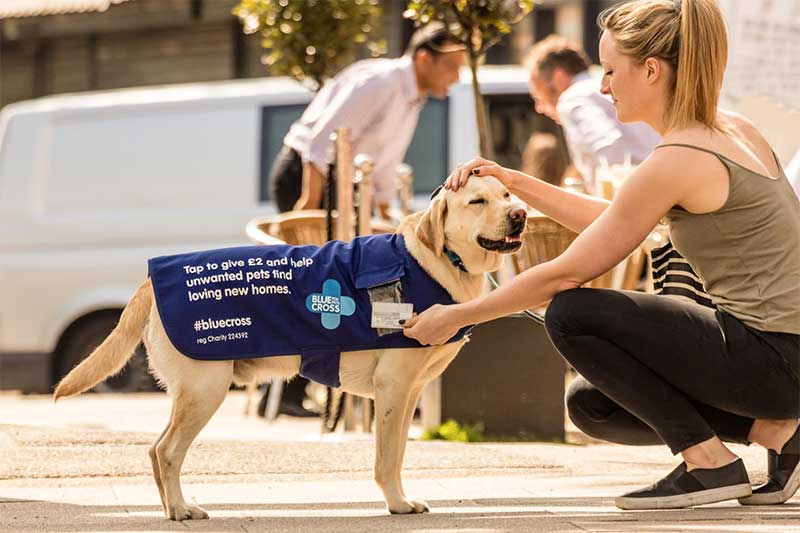 Smudge at work for Blue Cross – pet and tap to donate £2.

You have seen this coming – haven’t you? Already the British Legion, Cancer Research and the Blue Cross are trialling contactless donations and you may be soon.
More to the point, the time between the development of a new finance related technology or social media development and its adoption by fundraisers is shortening, and this can only be a good thing for 2017. Though the returns are often low to start with as the technology becomes embedded in our daily lives the steady build-up of donations becomes increasingly significant. Almost as important, the public then experiences charities in the light of new technology rather than their Victorian origins and as part of their everyday lives.

My first reaction to this was disbelief – why should charities give up their tax relief and go into business? And yet across the continent this is a new trend. Social enterprises are fast expanding and show no sign of being a flash in the pan, indeed they now attract the brightest and best of young entrepreneurs who want to change the world.
When you step out of the constricted charity world into that of the social enterprises the rules change and the freedom that social enterprises offer can be exhilarating and help organisations to serve their beneficiaries better. Not everything they do needs to be charitable. Oh and they can also research their supporters to see if they are wealthy!
I see 2017 as a year of positive thinking and innovative fundraising, combined with a reversal of the sad trend in many charities income as we follow the success of those fundraisers following the money overseas, reaching the ridiculously wealthy and adapting to social changes.
John Baguley
Chair
Group IFC.