A legacy survey of 27 charities in Ireland has reported a decline in income over a three year period, from €19.3 million to €10.3 million.
When one exceptional legacy of €7 million which was donated to Barretstown in 2012 is stripped out the trend becomes €12.5 million in 2012 to €10.3 million in 2014.
As well as the large legacy to Barretstown, the Irish Hospice Foundation received one legacy of €1 million,  Trócaire got a legacy of €900,000 (2012) and Our Lady’s Hospice, the Alzheimer Society of Ireland, GOAL and Irish Red Cross received bequests in excess of €500,000.
The annual average values ranged from a low of €2,080 (Irish Hospice Foundation, 2014) to a high of €59,221 (Barretstown, 2013).
This updated version of the report, Legacy Fundraising: Snapshot of Legacy Fundraising in Ireland 2012-2014, is divided into two sections, the first focusing on financial information and the second on legacy administration. The charities were involved in the research, presenting various sectors such as health, children’s organisations and housing.
The research was carried out by Persuasion Republic, a communications agency that works with charities and ethical businesses in Ireland and specialises in fundraising, advocacy and brand communications. 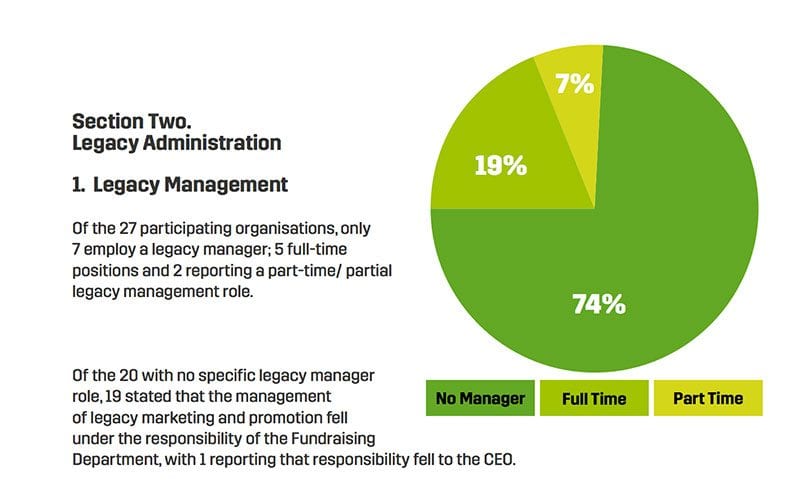 A minority of Irish charities have legacy managers.

In excess of 1,600 bequests were made during the three year period. Two thirds (65%; 1,041) of these bequests were donated to the five overseas aid charities. With 511 bequests, Trócaire received 32% of all bequests received during the period.
Legacies are a significant percentage of income for some charities in the survey, representing nearly 40% of Barretstown’s income, 35% of GOAL’s income and 22% Alzheimer Society of Ireland’s income. For Concern Worldwide the legacy figure at over €5 million was large but represented only 4% of income.
Two charities in the survey from the LGBT sector received no legacies over the three year period.
Of the 27 participating organisations, only 7 employ a legacy manager — 5 full-time positions and 2 reporting a part-time/ partial legacy management role. 12 (44%) of the charities in the survey reported having a Legacy Pledge Programme in place while 7 run an In Memoriam programme. 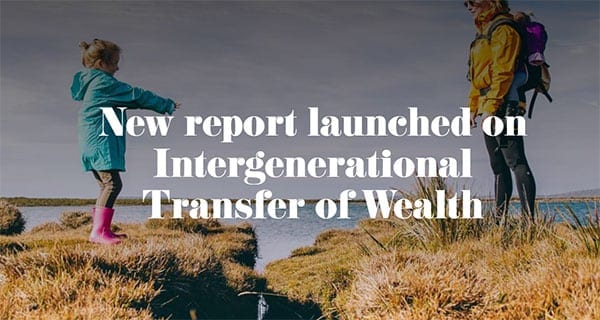 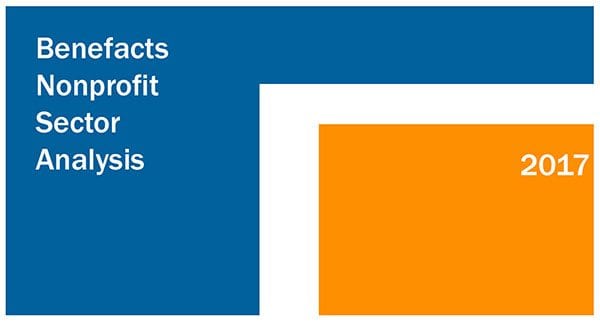 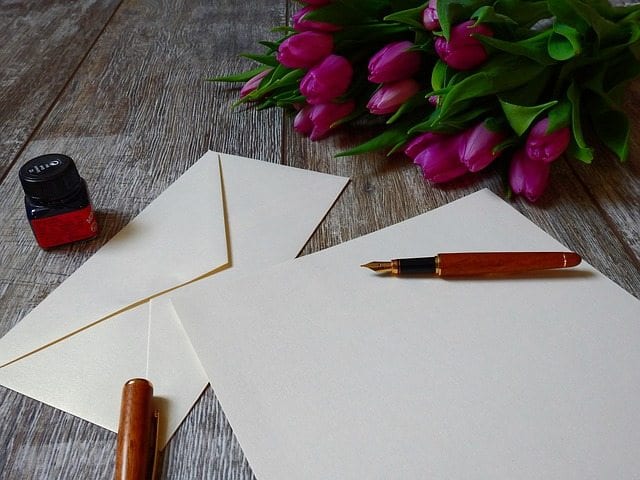