“The more we know about how engaged supporters and active donors respond to different fundraising channels, the more we can plan great campaigns that inspire people.”
The new 2016/17 edition of Fundraising Media DNA highlights that these words from Daniel Fluskey (Head of Policy and Research, Institute of Fundraising) are more relevant now than ever.
Findings from the recently launched report from fast.MAP and the Institute of Fundraising (normally £50 but you can download it for free with the code UKFU16) show gaps in fundraisers’ knowledge about charity supporters.
Based on the views of almost 3,000 donors and nearly 120 fundraisers, the report looks into the strengths and weaknesses of 10 fundraising channels in terms of how people perceive, engage with and respond to these channels and also takes into account fundraisers’ assumptions about this.
From this, insights have been produced to guide charities in their fundraising.

“Fundraisers can sometimes overestimate the readiness with which supporters will donate or respond. By studying the strengths and merits of each channel, the insights gained can enable fundraisers to maximise the effectiveness of a campaign with a sophisticated multi-channel approach.”

says David Cole, Managing Director at fast.MAP.
Some findings and misconceptions are highlighted below.

Despite telephone being perceived as a highly ’welcomed’ and ‘easy to respond’ to channel, fundraisers underestimate people’s response to it. 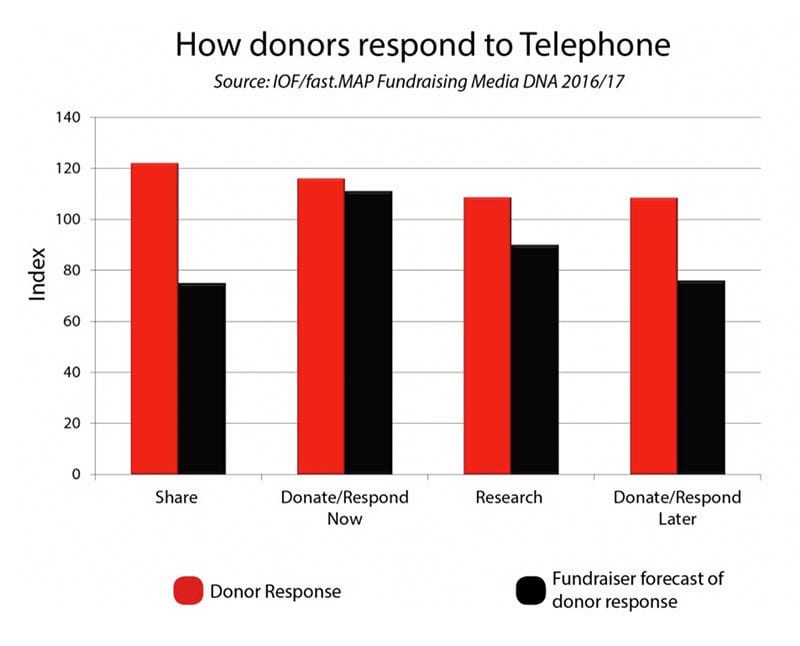 “Telephone fundraising is one of the very few channels to over index on all response criteria amongst donors and it is particularly encouraging to see scores for 12 of the 14 engagement metrics improve amongst donors too, often significantly so. Whilst there is still much work to be done, these results should be seen as a clear indication that collective improvements made across the sector over the last year are improving the way telephone fundraising is perceived and received by the public.”

Findings reveal signs that fundraisers misjudge people’s responses to direct mail. For example while they overestimate how likely people are to donate/respond later to this channel they underestimate people’s likeliness to respond immediately. 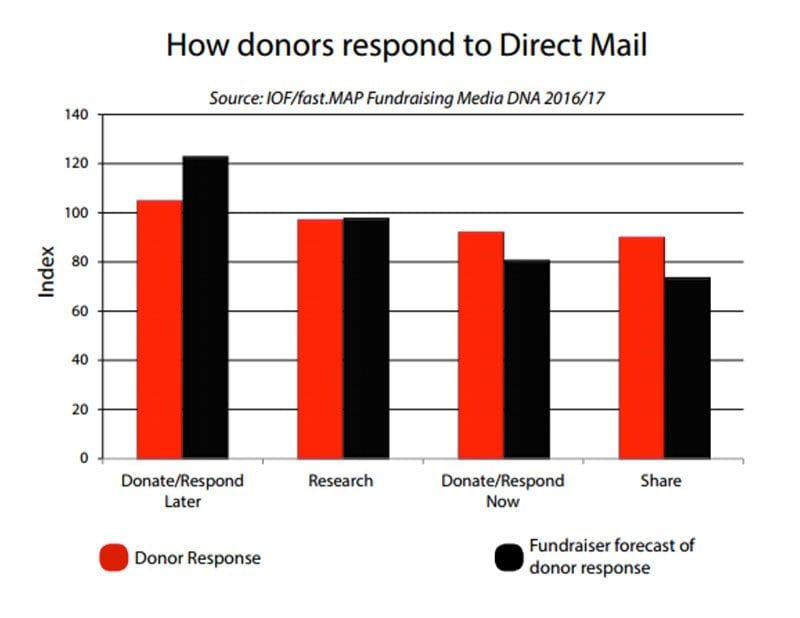 “As a one to one medium Direct Mail has traditionally been strong in the areas of targeting and personalisation and this is reflected by it being seen by all the groups as being ‘relevant to my likes and dislikes’ with the highest scores in the female and – perhaps surprisingly – the 18-34 groups.
“Ensuring that the mailing is relevant to the recipient has also made sure that Direct Mail is considered to have ‘interesting content.”

Fundraisers were found to underestimate engagement with door to door amongst those below the age of 55. Contrarily, findings show that those under 55 engage with this channel the most. 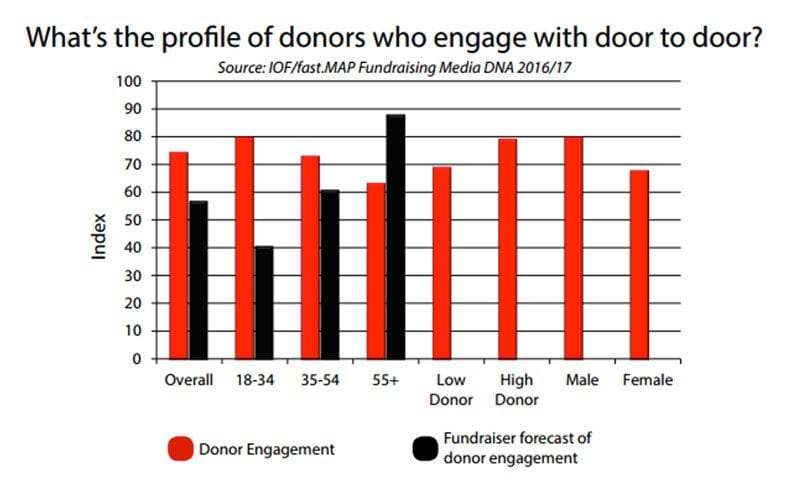 “Door-to-door fundraising continues to perform well, remaining one of the most effective fundraising methods to reach and engage large numbers of individuals across the UK. Without doubt, D2D fundraising’s biggest strength is that it facilitates one-on- one conversations with supporters, igniting their passion for charitable causes and laying the foundations for a long-term committed relationship. These conversations also enable supporters to tell us about their future fundraising preferences, an issue that has become increasingly important within the new regulatory landscape.” 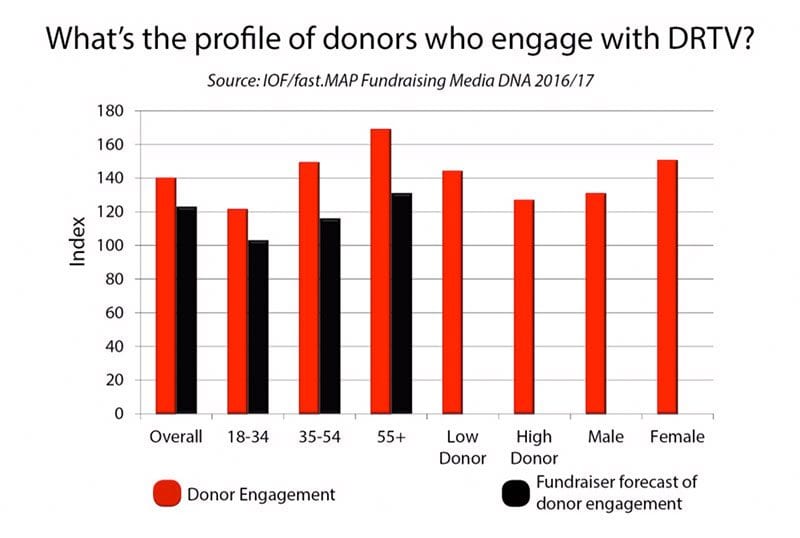 “With trust in charities faltering in 2015, and fundraising practice under scrutiny, there is an underlying public scepticism in how charities solicit and use donations. Maybe that’s the reason ‘trustworthiness’ was one of the DRTV attributes that fell steeply in this year’s survey, along with a less dramatic drop, but a drop nevertheless, in ‘likeliness to respond’?
“Charities need to address donor confidence in 2016 and beyond. Initiatives like the Fundraising Regulator and the Commission On The Donor Experience (of which WPN Chameleon is a founding sponsor) will help to rebuild that trust.”

The Role of Preferences 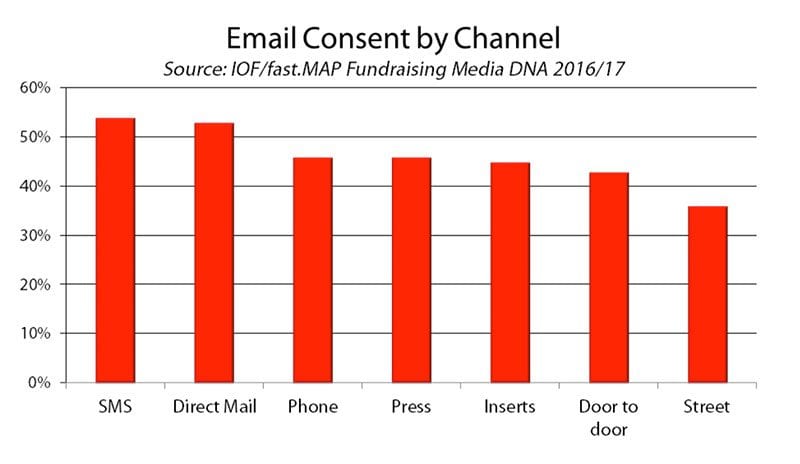 “The future winners will be the charities who have the ability to test and roll-out different permission statements to different supporter segments, by channel and by product. Effectively, permissions gathering will become like other aspects of direct marketing – requiring research, testing, segmentation and analysis to determine the best consent rates. We are working with our charity clients to implement our Preference Centre solution which is compliant with the EU GDPR laws and also enables best practice and maximises consent levels across channels and products.” 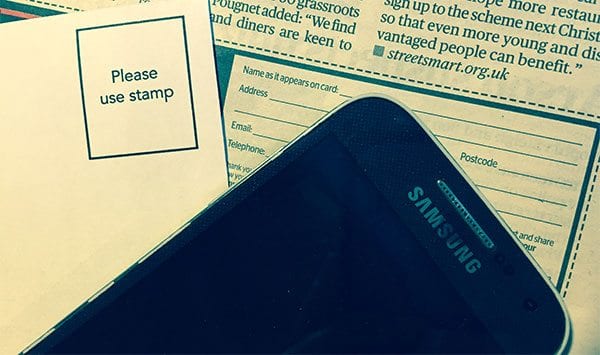 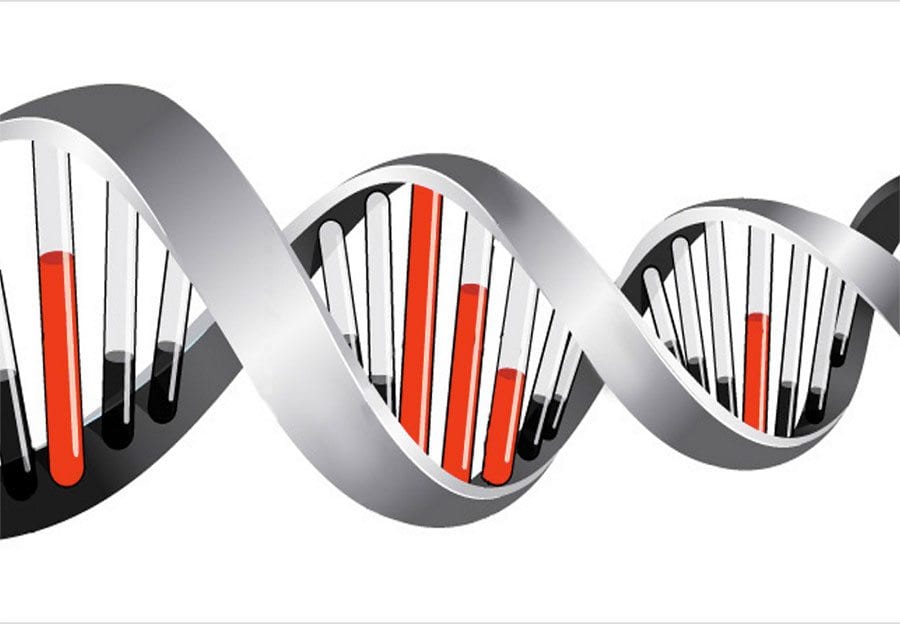 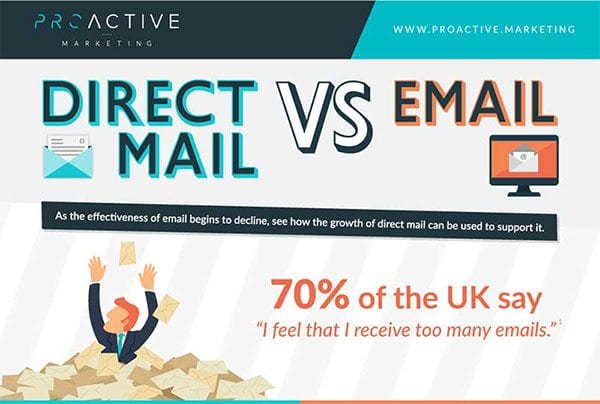