In recent weeks, I have spoken to several charities that are struggling to raise funds from grant makers because of issues in their accounts. These have included large reserves, high operating costs and deficits.
These can be killer issues for many funders, who will scrutinise your accounts to make sure you are soundly run and are offering best value. If they spot issues they do not like, they will often reject your appeal out of hand, without asking for an explanation. So what can you do?

Talk to your finance manager

If your accounts are showing any difficult issues, you need to explain these properly. All too often, accounts are put together by a charity’s accountants with no reference to the fundraising team or any understanding of their impact on funding.
So the first thing to do is to raise any difficulties with your finance manager to explain the issues. For your next set of accounts, ask if you can have sight of them before they are signed off and have the opportunity to add to the notes explaining any items that may raise eyebrows.
You can also suggest designating a portion of free reserves for specific purposes, which may help to reduce the impression of high reserves, if this is a problem for your charity.
Basically, anything unusual needs to be fully explained and justified. Do not just hope that funders will not spot it (they will!). So there are things you can do to improve your next set of accounts to use in fundraising.

What, however, if you are already working with a very difficult set of accounts and will have to wait months before your new ones are produced? Here, you may need some help in preparing a supporting statement to aid fundraising. This is a short document (often one page of A4) that picks up any unusual items in the accounts and explains them carefully, so that funders get a proper picture of your finances. This can then be sent with your appeals to pre-empt any difficulties.
It is not a foolproof solution but we have written many of these over the years and they can sometimes make all the difference between success and failure.

One other thing to be aware of in connection with your accounts and fundraising is the impact next year of FRS102, which will introduce some important changes in how charities will be required to report income. Currently, SORP requires income to be shown when you are 100% certain (or near enough) that the money will come in. In future, however, charities will be required to show income – for example from legacies or in grants notified – at the point of notification, not when the cash comes in. In other words, the funds will appear sooner in the accounts than at present, which might lead to a surplus being shown (and certainly sooner than before).

The other major change relates to the treatment of investment property. In future, any change in valuation will have to be shown in the income and expenditure statement (even if it has not been sold). This could easily give a misleading picture of your finances if your charity owns property and is likely to be something else that you will need to explain carefully to grant makers, so that they do not misunderstand your real financial position.
Clearly, if you have specific accounting questions, you will need to speak to your finance manager and your accountants. This will be especially true in future if your charity is affected by any of the new changes mentioned. But the good news is that, from a fundraising point of view, there are things you can do to address issues in the accounts by explaining and justifying them before they become a problem –  and help is available if you need it. 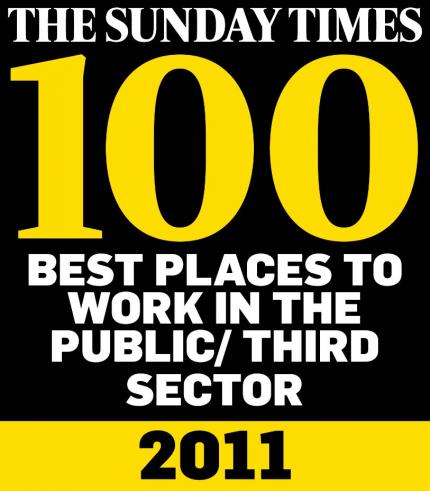 Building a kids castle on sand