Daniel Fluskey from the Institute of Fundraising takes you through the changes in marketing consent.

“Since this blog was written, new draft guidance on consent has been released from the Information Commissioner’s Office on the requirements that GDPR. This makes it clear that opt out mechanisms will not be sufficient to gain ‘consent’, but also says that there are alternative legal conditions for processing data available other than consent. For more information go to https://ico.org.uk/about-the-ico/consultations/gdpr-consent-guidance/”
Daniel Fluskey
20 April 2017

John Mitchison, Head of Preference Services at the DMA, said this week that he was ‘bemused’ that the charity sector thought that opt-in systems would be compulsory. But I’m certainly not surprised at this confusion.
Fundraisers’ heads have been turned so many times over the last few months with different articles, speeches, comments, about consent and potential future changes that I wonder if they know which way is up anymore. Hopefully this clears up some of the confusion rather than adds to it!
What’s a fundraiser or charity to do when being told one day that they should be preparing for ‘opt-in’ only to hear twenty four hours later that they will be able to continue to use opt out systems under new EU data protection law? Conflicting information is unhelpful and confusing; for charities, fundraisers, and for the public. We need a clear and consistent understanding of what’s changing and what isn’t.
To some extent, the confusion and uncertainty is understandable; there are a lot of different parts in this debate which is making it feel a bit like trying to shoot a moving target. And importantly, there’s different things to separate out – what’s opinion about what charities ‘should’ be doing compared with what the law requires now, and what it will be changing to. There’s then a further debate about whether the rules for fundraising should go further than what the legislation demands.

So, what is the law and what is it changing to?

Data Protection legislation comes from the EU, incorporated into UK law through the Data Protection Act 1998. There is also the Privacy and Electronic Communications Regulations (PECR, 2003) which provide specific requirements for electronic communications (text, email, and privacy rights for telephone calls). The Information Commissioner’s Office is set up to regulate these laws in the UK and publish direct marketing guidance for all organisations so they can understand what they need to do to be complying with the law.
Currently, customers/donors can ‘opt out’ of receiving direct mail or telephone calls (unless they’re on the TPS); but need to ‘opt in’ to receive emails and texts.
After a long period of negotiation and discussion, the EU has now agreed a new General Data Protection Regulation. It will require that consent for marketing (including fundraising) must be unambiguous and be communicated by a statement or clear affirmative action.

What does unambiguous mean? 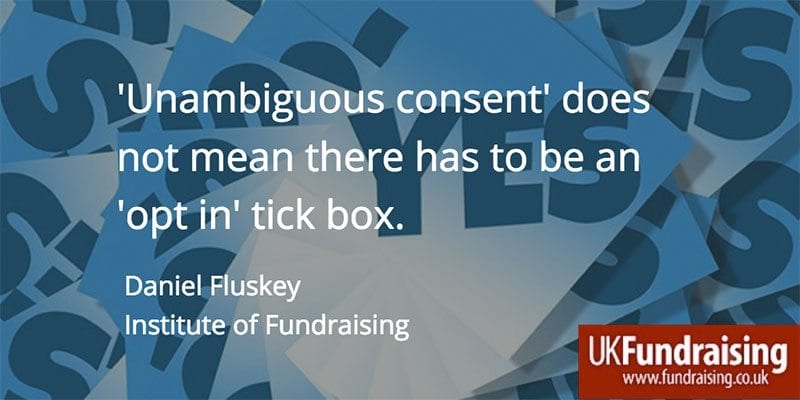 The million dollar question. Our understanding is the same as the DMA’s and what we’ve heard from solicitors – that ‘unambiguous consent’ does not mean there has to be an ‘opt in’ tick box. Consent will be able to be given ‘unambiguously’ through an ‘opt out’ mechanism. So, statements that ‘opt in’ is coming in through law seem likely to be misleading – what’s coming in is a requirement that the consent is ‘unambiguous’.
However, that doesn’t mean by any means that charities and fundraisers won’t have to look at the new legislation or make any changes. The consent and permission statements will have to be clear and straightforward. No donor should be giving consent by mistake, or because they’ve been misled. Depending on the channel the ‘affirmative action’ would be the donor clicking an icon; writing in their contact details; or sending back a donation form.
To me, ‘unambiguous’ consent seems like a three-stage test:

The ICO will be updating their direct marketing guidance to reflect the new legislation and I’d urge every fundraiser to make sure they check what the ICO is saying organisations need to do to comply with the law – that should be the starting point for every charity and we’ll be alerting members as soon as we see any new guidance published. It is our understanding that there will be a two year ‘transition’ period, where all organisations will have time to get to grips with and make necessary changes so that they are compliant with the updated laws by 2018.

This is why we need some consistency! My attempt to try and make sense of it all https://t.co/y9pcee3Zom pic.twitter.com/floEUThqIf

So that’s the law…..but what else is happening

Here’s where the different moving parts come in. While every charity must know what they will need to do to comply with the law, there are other conversations and debates happening. Some charities have taken steps to change their permission statements and consent – RNLI most notably and CRUK have decided to move towards ‘permission-led’ fundraising. And many do feel that ‘opt in tick boxes’ are what should be considered best practice in most circumstances as the best indicator and evidence of a person’s choice to receive future communications.
It is of course right that charities consider their fundraising techniques and review how they ask for consent and on what basis they communicate with their donors. It comes under a wider discussion about how a charity believes that its values are being expressed and embedded within its fundraising and treating donors fairly and with respect before, during, and after the donation. But some charities might not be able to move as quickly as others, and let’s not forget that the RNLI were up front about the impact – millions of pounds – that they estimate this will have on their voluntary income.
It’s important as much as possible that we’re absolutely clear about the difference between legal compliance issues, making sure that all charities comply with the law and achieve ‘unambiguous’ consent, and then discussion about what charities ‘should be doing’ or ideas on what best practice might be. Every charity and fundraisers that I’ve talked to wants clarity and reassurance over what’s happening – they deserve to get it.
Daniel Fluskey
Head of Policy and Research
Institute of Fundraising 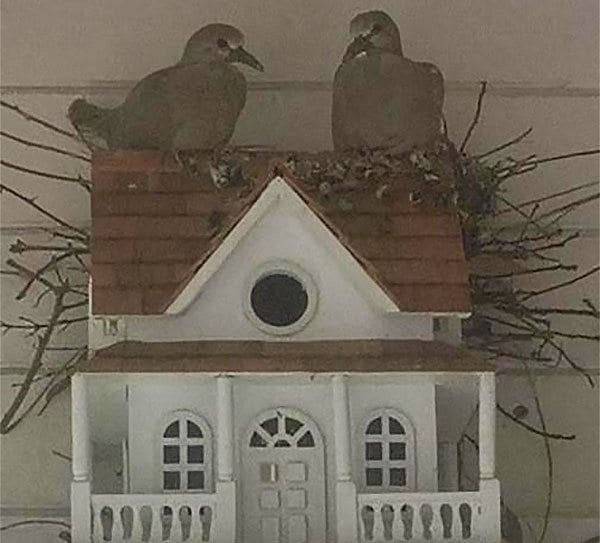 Promoting effective fundraising compliance: implementing the art of the possible, even if at first it seems impossible

Self-regulation – if it ain’t broke… 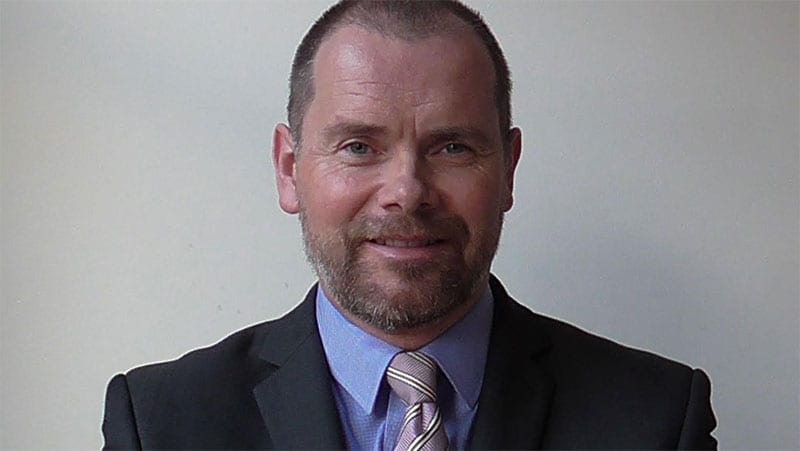 Are you geared up for affirmative consent?