Big Lottery in Northern Ireland is alerting organisations considering applying to the Reaching Out: Supporting Families programme to get their application in by the end of September 2014.
While the final deadline for the Reaching Out programme is 30th January 2015, the Big Lottery say they ‘strongly advise’ aiming for the end of September 2014 in order to benefit from any feedback if an application is unsuccessful and to give time to resubmit an application.
Big Lottery has already supported a wide variety of projects in Northern Ireland and the funding programme will close for applications next January. Projects are funded in the £500,000 to £700,000 range over a number of years.
Meanwhile, the Big Lottery in Northern Ireland is conducting a consultation on a potential new funding programme which will support young people. Organisations have been invited to consultations in September, with any new programme starting in 2015 at the earliest. 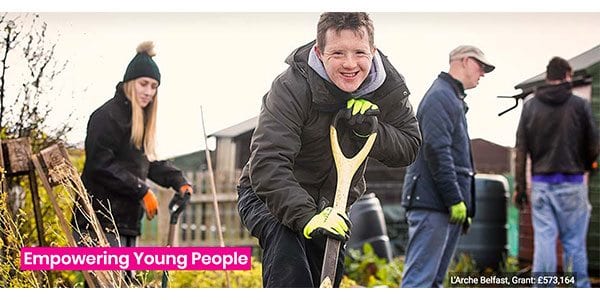