Several charity folks have already talked to me about this week’s Third Sector Women (TWS) networking and learning event and about how the conversation turned to the difficult issue of fundraising for expenses. I didn’t attend but One speaker strongly suggested that the charities in the audience should all be braver collectively and just be honest about what it costs to run their organisations. Yes, but do we need to be shouting about it specifically?

Within commercial product marketing it’s well-known that if a company or sector competes on price alone, then that’s all the target audience ends up paying attention to.  Think Easy Jet and Ryan Air.

So for charities to increasingly talk about their own expense ratios, we run the risk of raising the profile of this one, very singular and grossly misrepresentative aspect of what the sector actually achieves.  That said, if there is a misunderstanding around charity expenses amongst donors, we do have an obligation to clarify the situation in order to underpin the credibility of our future fundraising activity. The trouble is, there are several self-inflicted issues we need to perhaps overcome first:

1) A few charities with very loud voices (ie; high media profiles) talk openly about expense ratios as a selling point of their organisations.  And because we believe what we see on TV, charities who don’t match these figures must be worse (see above Ryan Air point).

2) Not all charities measure their expense ratios in the same way.  For example, Comic Relief markets the fact that every penny of every donation goes to the projects they support.  So how do the project delivery staff salaries get paid?  Who puts the petrol in the vans that drive volunteers around the various project sites?  The answer is likely to be that donations do (of course).  The definition of project costs in this instance is being applied to cover a whole range of ancillary costs which are justifiably required to make those projects a reality.

All charities could justifiably state that the reason they have an electricity bill to pay is purely because without the premises they couldn’t deliver their charitable goals.  With such different approaches to accounting for expenses in play, how are donors supposed to make an objective decision?

3) We aren’t working hard enough to allay the misconception that “not for profit” means “free”.  I’m sure every charity worker would love for their living expenses, mortgage or rent and car tax to be magically paid for but life doesn’t work like that.

I wish I had a pound for every case I’ve come across of a donor complaining about charities wasting money on unnecessary services… who did they think they were complaining to, a front line project worker?  No, they often demand to speak to someone in Membership Services or a Director ie; someone who shouldn’t really be there according to the donor.

4) We evidently don’t explain clearly enough that charities have the same kinds of expenses as everyone else, irrespective of how big the organisation is.  Donors reluctantly pay for their insurance and they pay tax – so do charities.  These are unavoidable costs in a modern society and in many cases such expenses are incurred solely to protect beneficiaries and the public (I’m thinking about public liability insurance as an example) or are required by law.

So, I think we do need to take some brave decisions on this issue but not necessarily the obvious ones:

And finally, let us as a sector encourage and support a handful of the biggest, brightest and best charities in the UK to come out in defence of this position.  To be brave and state that whilst every effort is made to ensure costs are controlled and effective project delivery is absolutely paramount, we will not be drawn into competing on a playing which is not level.  That’s simply not fair to our beneficiaries or our donors.

I think this is about protecting the long term brand credibility of our sector so to start the ball rolling, I nominate – and would be happy to support by building the right statements with them – senior representatives from: RNLI, Barnados, Comic Relief, Children In Need, Oxfam, RSPCA, NSPCC, Samaritans, Cancer Research UK, Help for Heroes. Obviously this isn’t an exhaustive list but these charities do have a powerful media profile.  Please be brave and take a stand for our collective brand.  Get in touch if I can help or if you’d like to take this idea of a sector brand position forwards.

Quarter of breakfast cereals' cost is spent on marketing, so…

Is tax exemption for public access to treasured artworks ‘a racket’? 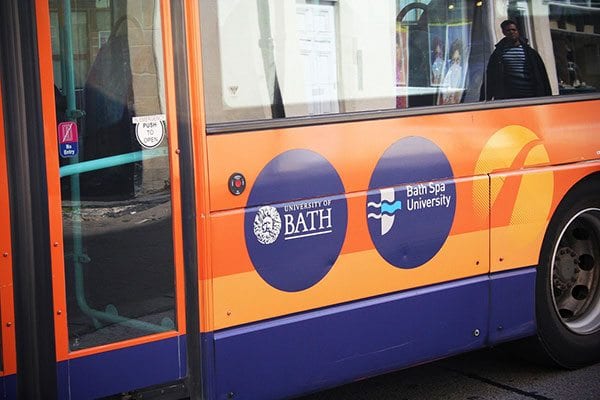