PouringPounds.com is a new cashback website which enables charities to earn income from their supporters’ online shopping purchases.
It offers two methods by which charities can receive income. First, customers accessing one of over 2,000 retailers’ websites through Pouring Pounds, will make a purchase as normal and receive a percentage of the value back as cashback. They can then choose to donate all of some of this sum to a charity of their choice. They do not have to have been driven to the site by the charity.
Secondly, Pouring Pounds rewards charities that do drive supporters to the site. Through its referral programme, any charity which is signed up to Pouring Pounds will get 10% of the cashback of every user that they recommend, at no expense to the user. In addition each member would get twice the standard joining bonus for joining through a charity; so they would get £5 rather than £2.50.
This referral programme is ongoing so future purchases by charities’ supporters should generate further income.
In its launch week Pouring Pounds is encouraging charities to register to benefit from the site, and then promote their unique referral link (UK Fundraising’s is www.pouringpounds.com/r=ukfund ) via Facebook, Twitter, email newsletters and other social media presences.


Pouring Pounds was set up by Swati Bhargava after five years at Goldman Sachs. The company is part of the Microsoft BizSpark programme which is designed to help accelerate the success of entrepreneurs and early-stage startups globally.
www.pouringpounds.com

Give As You Live raises £5 million for charities 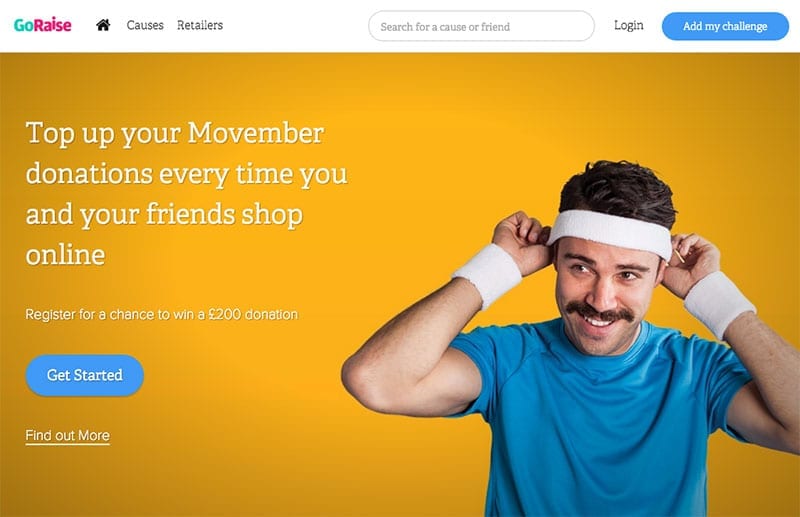