The Public Fundraising Regulatory Association (PFRA), the self-regulatory body for all types of face-to-face (F2F) fundraising, has reported a drop of just under 16% in the number of donors recruited by face-to-face fundraising on the street and door during 2009/10 compared to the previous year.
Although the final few weeks of 2009/10 are still to be compiled, F2F sign-ups on the street and door have nearly reached 625,000 and are expected to total around 650,000. This represents a reduction from the 741,000 sign-ups achieved in 2008/09, but is still higher than 2007/08’s total of 587,000.
The 2009/10 figures will be officially announced at the PFRA’s AGM in London this afternoon.

PFRA’s Chief Executive Mick Aldridge explained: “The year 2008/09 really was an exceptional year and it was unlikely we would hit those heights again. But F2F sign-ups are still extremely high. Many charities have been using this type of fundraising for up to 10 years, some for longer, and have the returns on investments to go with it. F2F signs-ups are high because charities are choosing to put their acquisition budgets into this type of fundraising”.
He put the drop in total numbers down in large part to the collapse of Dialogue Direct UK in October 2009. The company had been responsible for recruiting around a quarter of all new donors signed up on the street. “Although new agencies have moved in, Dialogue’s sudden absence was bound to have an impact,” said Aldridge.
Face-to-face fundraising at the door experienced a lower reduction that street fundraising – 13.78% against 19.94%. But in London it saw a 33% increase.
Michael Naidu, assistant director of fundraising at Mencap and PFRA’s acting chair said that the PFRA was “fully aware of the challenges that might confront doorstep F2F and we are already preparing to meet them”. He added: “PFRA has already begun working with the Trading Standards Institute to map CCCZs and, over the course of this year, we will examine options for extending our mystery shopping programme of street F2F to the doorstep.”
www.pfra.org.uk 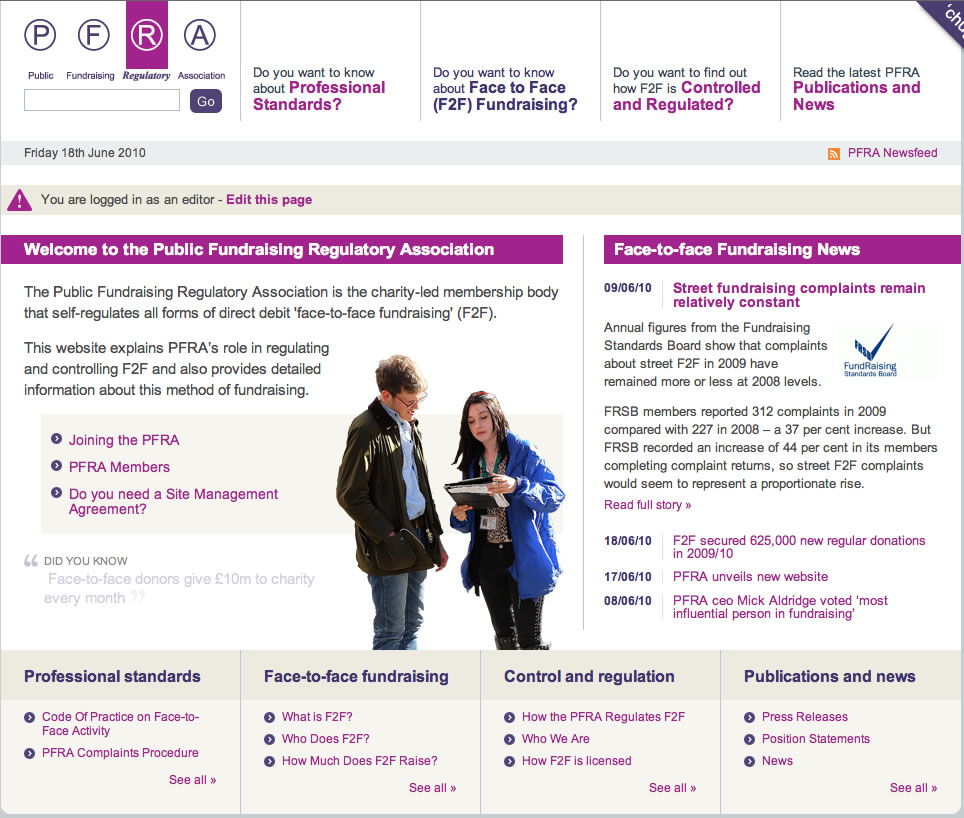 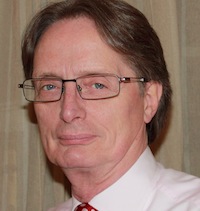