Jon Scourse, Chief Executive of the Fundraising Standards Board (FRSB), will be leaving the self-regulation body at the end of the year.
The FRSB was set up “to deal with public complaints about fundraising activity and to help the public give with confidence to charities”. Scourse was appointed its Chief Executive in February 2006.
“Over 35% of all UK voluntary giving is now raised through FRSB members and public awareness is gradually building”, said Scourse. “I have always stated that this is a long-term project that will take time to build and that the next phase in the FRSB development will continue the challenge to establish world class self-regulation for the sector.”
Colin Lloyd, FRSB Chairman, thanked Scourse for his “commitment and professionalism”, adding “I do not believe that we would have achieved the success that we have without his dedication”.
The FRSB has set up a special subcommittee to recruit a replacement CEO.
www.frsb.org.uk 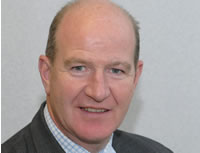