The British Heart Foundation’s new two minute film, ‘Watch Your Own Heart Attack’, will air tomorrow on ITV1 as the only advert in a commercial break in ‘Midsomer Murders’. In addition, ITV will for the first time ever make the film available via the red button on ITV’s main interactive menu for the following week.
Part of a wider campaign to tackle heart attacks, the film aims to raise awareness of heart attack symptoms and ensure people call 999 immediately upon experiencing them.
Julian Smith, Planning Account Director at ITV, said: “This is a fantastic example of how ITV works closely with its advertisers as well as their agencies to develop exciting and innovative initiatives which really create standout. This is also a direct result of ITV’s continued investment and commitment to its strategic planning resource.”
Directed by Brett Foraker, the award-winning Creative Director of Channel 4, the film stars the actor Steven Berkoff.
The campaign, conceived and created by Grey London, also consists of a transmedia teaser campaign. A striking poster with a call to ‘Watch Your Own Heart Attack’ in bold text is featured across a number of media channels including billboards, press, washrooms and online, and will run from 28 July up to the film launch on August 10.
Teaser trailers, supported by personalities including Chris Tarrant and David Cameron, will be airing on ITV and on radio stations the week leading up to the film launch.
People are also able to request text or email reminders to watch the film in the lead up to the event as well as send emails to friends and family encouraging them to watch by visiting www.2minutes.org.uk. The film will be available to view there after it airs tomorrow.
The ‘ITV1 event’ as BHF describes it will air at 9.17pm tomorrow.
www.2minutes.org.uk 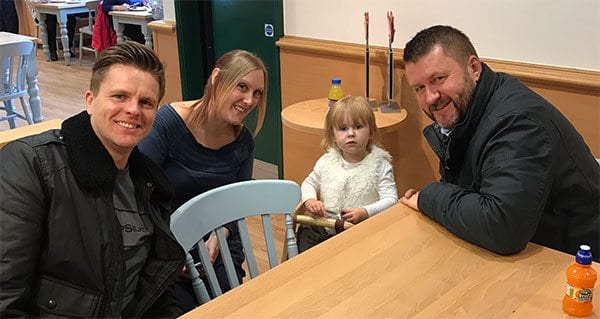