Three new Fellows have been appointed to the Institute of Fundraising, recognised as having made a special contribution to the sector and to the Institute.
Professor Adrian Sargeant is Robert F Hartsook Professor of Fundraising athteh Center on Philanthropy, Indiana University in the US and Professor of Nonprofit Marketing at Bristol Business School at the University of the West of England. Adrian is one of the world’s leading academic authorities on fundaising and has authored a reword edition of the Fundraising National Occupational Standards, published over 100 academic papers on a wide variety of fundraising subjects, and also wrote the study “Fundraising training in the UK: an assessment of current provision”.
Nick Brooks, head of not-for-profit group at Kingston Smith, has been chair of the Standards Committee for more than 10 years, ensuring the Codes of Fundraising Practice are produced effectively. He has championed the need to maintain and develop best practice in fundraising and has promoted the Institute, seeing it represented at the highest level throughout the not-for-profit sector and more widely.
Bill Giles, senior consultant with Dovetail Management Consultancy has helped to develop the Institute’s training and accreditation policy and practice, in particular the Certificate in Fundraising Management. He has been involved in arious roles at the Institute including Chair and Treasurer of the London Regional Group.
Chief executive of the Institute Lindsay Boswell said: “Each of these three individuals have made their mark on fundraising – and the Institute – in a particular and distinctive way. Fellows are nominated by the membership and it is very special to be recognised in this way by your peers.”
www.institute-of-fundraising.org.uk 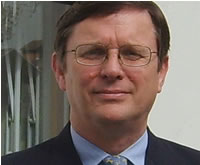 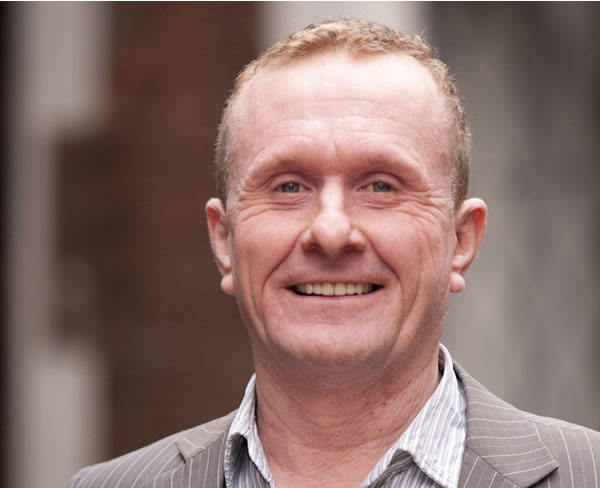 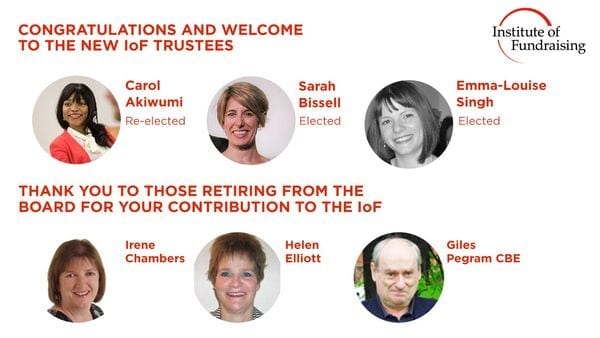 Three trustees elected to IoF Board