ORBIS UK has appointed consultant ophthalmologist Robert F. Walters, FRCS, FRCOphth, DO, as the new Chairman of its Board of Trustees. ORBIS UK is an affiliate of ORBIS International, a non-profit, global development organisation whose mission is to eliminate avoidable blindness worldwide.
Robert Walters has been involved in the governance and management of ORBIS UK as a member of the Board since 2003. He has also been an ORBIS volunteer surgeon since 1994, participating in programmes to India, Bangladesh, China, Vietnam, Costa Rica, Myanmar, Ethiopia and Sudan.
He has also been appointed as a member of the board of Directors of ORBIS International.
www.orbis.org.uk 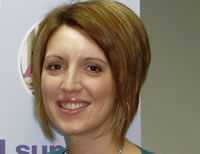