The Association of Children’s Hospices has rebranded as Children’s Hospices UK with a new strapline ‘Together we make a lifetime of difference’.
After a review by marketing agency Mason Zimbler, the charity decided to change its working name because it better reflected the organisation’s national remit, representing all children’s hospices cross the UK.
It was felt that ‘Assocation’ was considered an old fashioned name, but that Children’s Hospices UK was easier to pronounce and remember, and is more modern and contemporary.
There will lots of activity around Children’s Hospice Week (20-27 September) to promote the new name, with a concerted push for the national swimathon which takes place throughout October.
Two new posts have been added to the fundraising team and the national events portfolio will be expanded.
The charity is the England football team players’ children’s charity until the end of 2008. 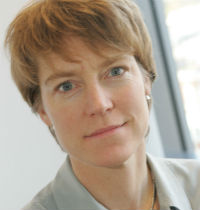