“Over the Rainbow”, the album produced in last week’s “Challenge Anneka” TV programme in aid of the Association of Children’s Hospices (ACH) was the highest selling album in the UK within two days of its release. The CD features many artists including McFly, Jermaine Jackson, Cerys Matthews, and Jimmy Osmond, together with a a choir of children who use children’s hospices throughout the UK.

In the ‘Challenge Anneka’ programme transmitted on 6 June , Anneka Rice undertook a Challenge to put together a CD and organise a concert featuring famous names, and a choir of children who use children’s hospice services throughout the UK. She helped create the “Over the Rainbow” album and it is on sale from Amazon, Tesco, Asda, HMV, iTunes, and all major retailers. The sale of each CD generates £2 to help all children’s hospices.

Within two days, Virgin, HMV, Woolworths and Play had all sold out of the CD, and it was the second most purchased album at iTunes.co.uk. Woolworths was selling 10 copies every minute the day after the programme was shown, outselling artists such as Amy Winehouse and Paul McCartney. The Association of Children’s Hospices (ACH) claimed this is “a record breaking performance by a charity CD”.

“We are very excited by the public’s phenomenal response to the Challenge Anneka programme,” said Julian Hall, ACH’s Head of Fundraising. “Rhe money from sales of Over the Rainbow will be distributed to children’s hospices all over the UK, who desperately need funds to continue their vital work for children who will not live to reach adulthood and their families.” 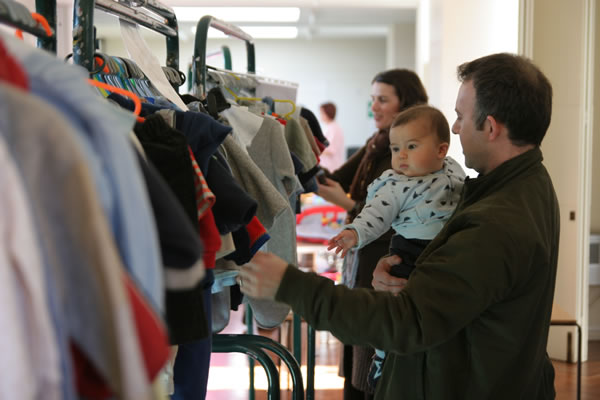 NCT Nearly New Sales to be focus of PhD study

Donations down but sales up at Oxfam shops