Research agency nfpSynergy has published ‘Innovation Rules! A roadmap to creativity and innovation for not-for-profit organisations’. The organisation hopes that the report “will provide charities with a greater understanding about what innovation could do for them on a day-to-day basis.”

The free 48-page report, written by Elisha Evans and Joe Saxton, includes sections on issues such as innovation myths; innovation versus creativity; reducing the barriers to innovation and how innovation is linked to mission and vision.

The author’s admit that it is not the first or last word on creativity. “While it contains many excellent ideas,” they write, “the vast majority are taken from other people. Our aim here is to produce a (free) report that will help not-for-profit organisations turn their innovation rhetoric into reality.”

As part of the report’s research the author’s 700 people in the UK voluntary sector and found that 87% of respondents agreed that innovation is important to my organisation, with 44% agreeing strongly. However, the survey found that “the higher up you are in a voluntary organisation, the more likely you are to feel positive about your organisation’s ability to innovate.” Innovation was not gaining ground at lower levels in the sector.

The author’s concluded that “this would indicate that voluntary organisations are still operating as traditional hierarchies with most of the key ideas and decisions being imposed from the top.”

UK Fundraising’s Howard Lake was one of a range of people who contributed to the report. He is quoted as saying “As someone keen to see charities exploit the internet effectively, I remain surprised how in 2003 so few are using it in an innovative manner. A national charity publishing an e-mail newsletter for the first time is sadly still newsworthy!

Following the report’s launch, nfpSynergy will be running a series of one day seminars on innovation and creativity for not for profit organisations between November 2004 and March 2005. The seminars are designed to help voluntary sector organisations become more innovative.

They will include sessions on ways in which the vision and values of an organisation can drive innovation; exploring which environments are most conducive to innovation; and creative thinking techniques including which ones to use to tackle certain problems.

The seminars will be open to all not for profit organisations and the rates will be based on the size of the organisation. A mximum of 20 delegates will be accepted for each seminar. 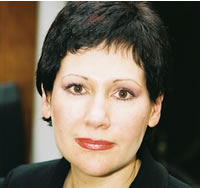 New director of marketing and fundraising at Relate 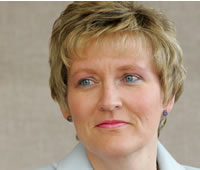