Supported and endorsed by the Active Community Unit of the Home Office, the Charity Finance Directors Group, the Institute of Fundraising and the Association of Chief Executives of Voluntary Organisations, the survey has helped to inform the Home Office study – Research into Insurance Cover for the VCS in England.

Stephen Bourne, Chair of the Insurance Cover Working Group at the Home Office, introduced the study as a discussion document at the ABI Action Day. Undertaken by Z/Yen on behalf of Charity Logistics, some of the survey’s key findings include:

The study’s objectives were threefold; to determine whether the sector is a good ‘risk’ for insurance; to examine whether organisations could work together to improve risk management and to explore ways in which co-operation could reduce insurance costs.

George Cook, Chief Executive of Charity Logistics said: “Some of the experts interviewed in this study stated that a claim-to-premium ratio of between 50% and 60% will sustain profitable insurance business. The further this ratio drops below 50%, the more profitable the business is to the insurer. The average ratio during 2002/3 for the organisations that participated fully in the survey was 20% across all categories of insurance. This suggests that cover in the VCS sector is a very profitable business indeed for insurers. Which makes it particularly mystifying why some charities, especially the smaller ones, are unable to get the full insurance cover they require. We have to ask if charities aren’t, in fact, subsidising some of these companies.

“The study suggests that many insurers simply don’t understand the sector, leading to inconsistent pricing and lack of cover in some areas. Most of the organisations that took part (74%) were interested in buying insurance as a group and I think there is considerable scope for development in this area.”

The Home Office study was undertaken by Alison Millward Associates and has included data from the Charity Logistics survey. 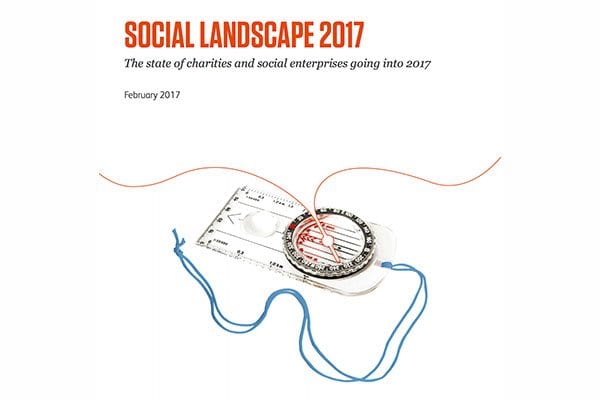 Chief executives warn 18% of charities are struggling to survive