“Don’t listen to talk about compassion fatigue”, argued comedian Billy Connolly in his 1995 film in Mozambique for Comic Relief. This year’s Wine Relief magazine for Comic Relief republishes his stirring call to give and keep giving.

Wine Relief, in support of this month’s Comic Relief campaign, has published a magazine which includes the text of Billy Connolly’s criticism of the concept of “compassion fatigue” which he explained in his 1995 film “Return to Nose and Beak”, filmed in Mozambique.

It is a stirring and compelling call to donors and indirectly to fundraisers.

“Like me”, he said, “you’ve probably read in the newspaper, or heard from some branch of the media or other, about compassion fatigue and like me too you’ve probably believed that such a thing existed, like compassion was some kind of finite substance and you could run out of it. If you use too much somehow you don’t have compassion left any more. “Oh, I’ve been far too compassionate this month. I’ll be cold heart next month”.

“What nonsense! If you can just change compassion to love, you can see how ridiculous it is. “I’ve got love fatigue. I’ve only got a wee bit of love to go round.”

“Even right here, for instance, in Mozambique the water’s very dirty and people wash their clothes and animals go in it and all sorts and they used to drink it. But now there’s little wells being dug for fresh drinking water and this kind of thing goes on and on and on. It’s a long-term project and it’s great to stand here and say I’m very proud of you. Don’t listen to talk about compassion fatigue.”

Wine Relief’s “The Good Nose” magazine costs £1 of which 90p will be donated to Comic Relief.

Call for musicians to donate their Live8 profits 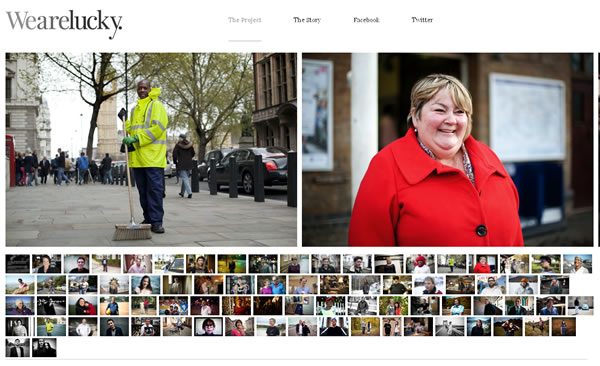