It is commonly reported that 98% of SMS messages are opened and read, and 95% of those are read within 3 minutes of being received. Almost everyone has a mobile phone and all mobiles can receive SMS without the need for Wi-Fi or smartphones. This means you have a channel that is used by almost all demographics on your donor base that has a far greater open rate than any other channel.

But in the UK, we’re not using SMS regularly, and certainly not to its full potential.

There are many ways SMS could be integrated in your fundraising. Here are four key ways in which a charity may choose to use SMS:

• Inbound response mechanism: usually a short code (i.e. text “GIVE to 1234”) in response to a DRTV ad for example, or an advert on a bus to gather a list of phone numbers

• Broadcast messaging: send a one-way message out to your audience

Interestingly, the peer-to-peer option is fairly common amongst non-profits in many countries, especially in the US, and we have seen messaging evolve from notification, to engagement, to driving action. But not yet in the UK.

We first observed the channel being used in this way in the US political scene. These grassroots campaigns were used to quickly and cost-effectively mobilise a supporter base.

Zach Fang, Field Director for the Bernie Sanders campaign in Oklahoma, was responsible for making sure Bernie’s field team was able to secure a win for Bernie on Super Tuesday. But he was only given six organisers for 77 counties, and three weeks to connect with and engage as many volunteers as possible.

Zach used peer-to-peer texting platform, Hustle, to very quickly reach and engage thousands of supporters in a ‘Get Out to Vote’ drive.

“Using Hustle allowed Sanders’ small Oklahoma staff to quickly pick out active volunteers in areas where Democratic voters are so sparse that no campaign would have ever thought to open a field office and place a full-time organiser”.

Since those early days, organisations will often now outsource their texting campaigns to external providers to deliver at even larger scales.

As often is the case, unions were quick to follow in the footsteps of the political parties, using peer-to-peer texting for information sharing, member surveys, voting and ratification.

Texting has proven invaluable for many membership organisations during the pandemic. For example, Ontario Nurses Association needed new ways to reach members about bargaining priorities due to the cancellation of in-person meetings in response to the pandemic.

They were able to text 40,000 of their members about a bargaining survey.

Now we are seeing charities adopting texting in a similar way and we are seeing a direct link between the increased engagement and their fundraising results.

The David Suzuki Foundation decided to engage supporter leads with fun and informational content (i.e. a quiz around Green and Just Recovery project) prior to a phone fundraising ask. 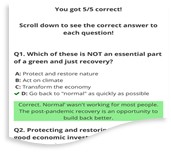 They used Prompt.IO to converse with supporters and the ‘instant app’ function to deliver the quiz during that conversation.

Most of us know the power of direct dialogue and human interaction, particularly for engagement and in fundraising, so why are we not using peer-to-peer texting here in the UK?

One challenge has been the lack of tech and resources: How exactly might you deliver and manage thousands of text conversations? Until recently, there hasn’t been an answer to that in the UK.

But on the back of delivering hundreds of thousands of text conversations for their non-profit clients each year in America and Canada, Stratcom have now developed a product specifically for the UK. A challenge with the many existing US-based peer-to-peer texting platforms, such as the best-known Hustle, is that they aren’t GDPR and PECR compliant. Now there are options such as Prompt.io, which Stratcom provides as part of its “Activate” suite.
Prompt.io is a fully GDPR and PECR compliant technology platform which is supported at Stratcom by a bank of experienced agents who can converse with thousands of supporters on behalf of clients in a very short space of time, across SMS and Messenger.

Prompt and Activate can deliver automated messages, peer-to-peer conversations, or hybrid ‘semi-automated’ conversions. It has many great functions including ‘instant apps’ which allow you present the supporter with a form during the conversation, enabling data capture, surveys or donation checkout.

Stratcom were not surprised to find that early adopters in the UK were largely political groups, where reach, agility and speed in communications is key.

The People’s Vote campaign needed to be extremely reactive, responding not just daily but hourly as political events played out. They needed to reach supporters and mobilise them quickly to support in any way they can across volunteering, campaigning and donating.

“Hi Tom, this is Richard from the People’s Vote campaign. Our campaign is at a crucial stage, and we still need to persuade MPs near you to back a People’s Vote. Do you want to hear more about our big campaign day this Saturday?”

In an initial pilot campaign, the People’s Vote sent over 7,500 texts in just a few hours. They saw a 19% response rate, of whom 76% expressed an interest in learning more about the ‘day of action’ and 18% went on to campaign or donate. 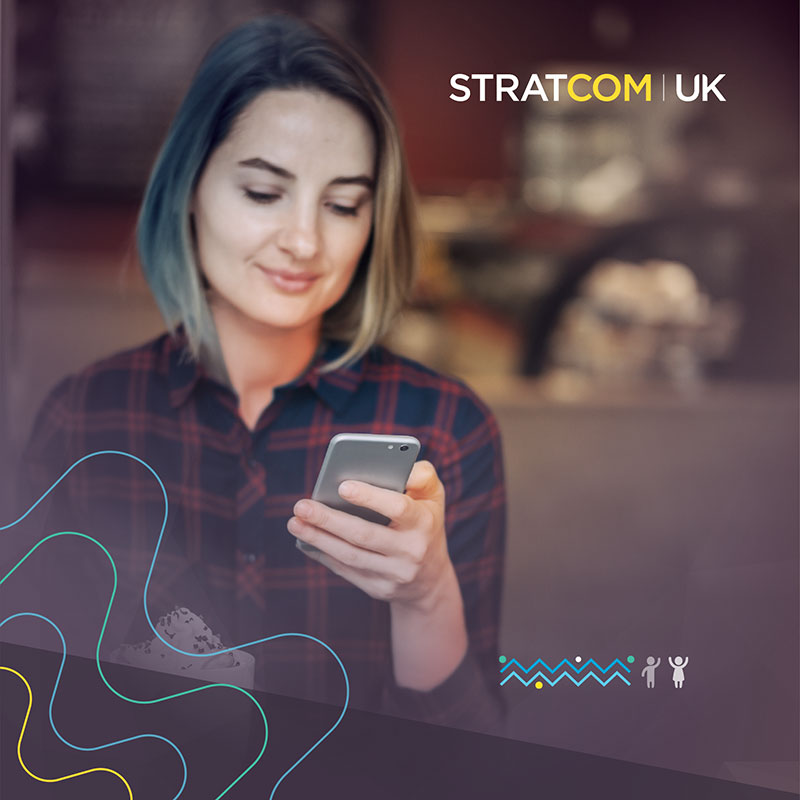 Stratcom UK are running text campaigns for engagement, insight gathering, mobilisation, information sharing and fundraising as a stand-alone activity or part of multi-channel campaign journeys. SMS is more widely used than Messenger right now because it can be used as an outbound channel, with the organisation able to start the conversation. As such, it is great way to reach those who perhaps do not answer the phone or who are unresponsive to email. But there is growing interest in using Messenger to converse with Facebook audiences and convert them to donors within the Facebook ecosystem.

“We’re really excited about the potential of peer-to-peer texting & Messenger in the UK. In many ways we’re at an advantage here, particularly in fundraising. Donating via your mobile, for example, is fairly commonplace in the UK, we have PSMS (Premium SMS) and several monthly giving products that can be managed through your mobile phone. We expect the UK could rapidly overtake North America in the way it uses texting for fundraising, as well as using the channel for engagement and mobilisation”
Bethan Francis, Managing Director, Stratcom UK

If there is one piece of advice at this stage, it’s to make sure you are collecting SMS opt-ins more systematically (starting at the point of acquisition) so you at least have the option of reaching your supporters in this way.
To find out more about Activate, future developments and other Stratcom UK services and events, please join our mailing list here.