Ian MacQuillin says that Lord Grade cannot carry the confidence of the fundraising sector and ought to step aside.
The first thing Stephen Dunmore, ceo of the Fundraising Regulator (F-Reg), said to me when I met him at his offices last December was: “Do you believe fundraising should be regulated?”
My answer was: “Of course I do.” I used to work for a charity regulatory body – I was head of comms at the former and much lamented (at least by me) Public Fundraising Regulatory Association (PFRA). And I am a firm believer in the rule of law and adherence to rules and regulations. I was a special constable in the City of London Police for six years, and I am not sure you can get greater testimony for such a philosophy than being a police officer.
I guess the reason Stephen asked me his question was that I had been (and still am) critical of F-Reg and the Fundraising Preference Service (FPS).
So I elaborated to Stephen that I had made my criticisms (and still do) because I want regulation of fundraising to be done well – in fact excellently – and far better than it had been done up to that point. And I feared that it wasn’t being done as well as it could be or ought to be.
And it is this sentiment that has led me to write this blog, making this criticism of fundraising regulation and to come to this conclusion.
Lord Grade must resign as chair of the Fundraising Regulator.
During his time with F-Reg, Lord Grade has made factual errors about what his organisation does – his performance on Radio 4 last week regarding what the FPS can and can’t do was, frankly, an embarrassment and an insult to R4 journalists, R4 listeners, his team, and fundraisers. It was insulting to those stakeholders that he couldn’t be bothered to bring himself up to speed and properly prepare himself (compare this to the knowledgeable and informative performance by Sir Martyn Lewis on the same channel in the same week talking about the Commission on the Donor Experience).
And he has insulted, bullied, threatened, and treated with contempt those his organisation regulates, seemingly being proud of having done so (see a sample of these at the end of this blog). In fact he seems to revel in the notoriety he is developing in the fundraising sector.
His attitude, approach and lack of knowledge and understanding of the subject over which he has dominion has brought independent regulation of fundraising (let’s not kid ourselves this is self-regulation) into disrepute.
The comments he has repeatedly made to the media (see below for a sample) can give fundraisers little confidence that the organisation of which he is the figurehead and titular leader will impartially and without prejudice assess all complaints against professional practice, nor impartially regulate professional practice to the benefit of all concerned – the donating and non-donating public, charities and beneficiaries. (F-Reg can trumpet all it likes the mantra that ‘what is good for donors is good for beneficiaries’ but a cursory acquaintance with critical thinking processes will tell you this is not necessarily true – it needs to be shown why it is true, if indeed it is, and in what situation and circumstances; and before anyone is tempted to suggest it is ‘self-evident’, it is most certainly not.)

Bringing regulation of fundraising into disrepute

Let’s look at just one example of how Lord Grade’s approach has brought regulation of fundraising into disrepute.
Many charities have not paid F-Reg’s voluntary levy. Lord Grade’s response has been to criticise these charities as being “laggards”, imply some overall ethical failure on their part, and further accuse them of playing the system and free-riding, and then making implicit threats about making the levy a statutory one.
And yet as a voluntary regulator, F-Reg needs to make a case for support about why organisations ought to join its regulatory regime, especially when doing so will cost a lot of donors’ money – far more than under the previous regime – that could be spent on services for beneficiaries. Rather than showing gamesmanship or ethical failure, it could be that those charities that are withholding payment of the voluntary levy are doing so because they don’t think the product they are being sold is a very good one.
It is therefore up to F-Reg to show them why they ought to join the voluntary regulatory regime, rather than publicly berating and shaming them for having what may be justifiable concerns (though some might simply be free-riding).

There’s a key idea in political philosophy that governments need to govern with the consent of those governed. We can extend this idea into regulation (self-, statutory, or independent), and say that regulators ought to regulate with the consent of those regulated. This is a point I’ve made before and it’s one that David Ainsworth also made last week in a blog on Civil Society. There is only so far we can push this analogy, at this stage, without subjecting it to a thorough philosophical investigation: for example, what type of consent is required from those regulated, assuming it is; and what would it mean in practice if charities were to withdraw consent from F-Reg, and how would (could) they do it?
However, I think it is a useful rhetorical analogy (at this is stage, it is only an analogy), because if ‘consent’ in some form is needed from charities, by following Lord Grade’s leadership example, F-Reg is ignoring and failing to even consider this possibility. By adopting this authoritarian position, it is failing to grasp an opportunity to work with the sector to co-create meaning and understanding. Instead it prefers to regulate to the sector, laying down the law from on high. It’s all stick and no carrot.
Summing this up, I’m going to quote David Ainsworth, because I agree with him and I couldn’t put in better: “I don’t believe that Lord Grade has the consent of the sector, nor do I think he cares to obtain it.”
Both Ainsworth and Third Sector’s editor Andy Hillier in an editorial in Third Sector dropped hints that Lord Grade ought to step aside. Hillier said that there may well be calls behind the scenes for Lord Grade to go (that’s one of the problems with the fundraising sector, too much goes on ‘behind the scenes’, which coalface fundraisers are never told about – at the IoF Awards dinner last week, new chair Amanda Bringans told diners about all the good work that the IoF had done recently ‘behind the scenes’).
The IoF has been surprisingly robust in its condemnation of Lord Grade’s latest outburst, but I suspect that many individual fundraisers feel constrained about expressing what they really feel about Lord Grade’s continued presence as chair of F-Reg. But I am not a fundraiser and I feel no such constraint.
Lord Grade is contemptuous of and insulting to the people his organisation regulates.
He doesn’t have the confidence of a significant part of the sector because he can’t be trusted to regulate impartially and fairly.
He doesn’t know what he’s talking about.
It is time to go.
Lord Grade must resign as chair of the Fundraising Regulator.
At the very least, we must have a meaningful conversation about whether he is the right person to take F-Reg forward to ensure that it regulates in partnership with the fundraising sector, a discussion that cannot go on ‘behind the scenes’, but must take place in the open with all fundraisers having the confidence to say what they really think and feel.

The wit and wisdom of Lord Grade

“I give money to charity but not on the doorstep. I don’t like people ringing my front door bell and asking for money uninvited. I get very cross if people knock on my door at eight, nine at night when I’ve just got home from work. Charity? Bugger off! Don’t come knocking on my door — you’re not invited. It drives me crazy.”
The Times, 3 July 2016.

“I can’t tell you how many phone calls or texts I get. I always send them a text back saying, ‘I am a leading QC at the Criminal Bar and I am putting you on notice. Please accept this text as a letter before action. I mean to pursue this case to the High Court if necessary.’ I’ve never had a repeated text.”
The Times, 3 July 2016.

Lord Grade: “The reason we are in position we are and parliament responding to public pressure to clean out the Augean stables.”
[For non-classicists, cleaning the Augean stables – which had not been cleaned for 30 years – was Hercules’ fifth labour. In colloquial terms, it refers to an unpleasant job – i.e. you will get covered in excrement.]
BBC Radio 4, The Bottom Line, 9 February 2017.

“People don’t like being harassed. One of the techniques that people use on the phone is, ‘It’s very kind of you to donate £5 a month; could you make it £10?’ They try and get you into a negotiation. It’s horrible. You have been generous enough to donate once a year or monthly, whatever — go away, thank you, be grateful.”
The Times, 9 June 2017 (this is the article in which he referred to a minority of third-party fundraisers as “rogues” and “cowboys”, and said they must stop “invading people’s space”).

Evan Davis: “Standards are going to move to higher ethical level. It sounds like this will be taking five, 10, 15 20 per cent out of sector…”
Lord Grade: “Nobody knows because that assumes people’s generosity somehow falls off commensurately. I don’t think that will happen.”
What he’s saying here is that there is an assumption that there is a link between how generous people are and how often they are asked; and that moves to opt-in that will result in fewer people being asked will not result in less money being raised. The chair of the Fundraising Regulator believes there is no link between how much people give to charity and how often they are asked to give.
BBC Radio 4, The Bottom Line, 9 February 2017.

“I don’t want my home invaded like that [doorstep F2F]. I think people resent it, and there are other ways to do it.”
Third Sector, 1 February 2017.

Lord Grade: “If I am being asked to donate, the first question I ask is what’s your admin spend. Anything above 16 per cent I will baulk at.”
Evan Davis: “I was looking at a charity the other day that spent 35 per cent on fundraising.”
Lord Grade: “Too much.”
BBC Radio 4, The Bottom Line, 9 February 2017.

Stephen Cook (Third Sector): “What about a feeling among charities that the rhetoric has become too punitive and that they are now being regulated, in effect, by an enemy, as the experienced fundraiser and trainer Valerie Morton puts it in her Soap Box column.”
Lord Grade: “Paranoia. There’s no evidence for that; it’s paranoia.”
Third Sector, 1 February 2017.

Why I am speaking out about the FPS

5 things we learned at the Future of Fundraising Regulation Series 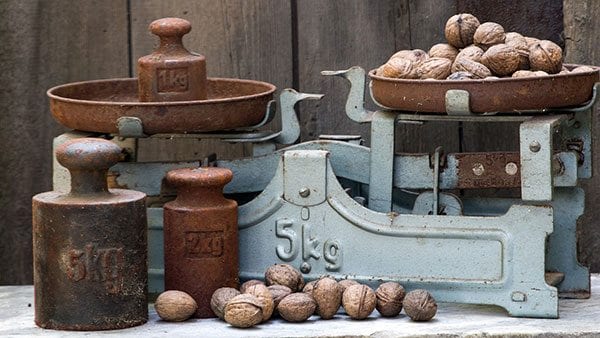 Guessing the weight of an ox: an open process to reviewing the rules for fundraising

The Fundraising Regulator: one year on