Charities Aid Foundation (CAF) research released ahead of this weekend’s London Marathon has shown that more women run for charity than men, while more than nine million people in the UK have taken part in a running event to raise money for charity.
Almost two-third (63%) of those running for charitable causes are women, up from 56% in 2013. Eighteen per cent of people in the UK (9.5m) have run for charity while a further 10 million people say they would like to run for charity in the future.
The CAF research, carried out by YouGov and surveying 1,003 people, shows that the average charity runner raises £442 for their chosen causes while the average age of someone running for charity is 40.
Fun runs, 5k, 10k and half marathons were the most popular type of charity run for people to have participated in, while one in eight (12%) of those who ran for charity had completed a marathon.

"For my patients, who battle illness and still find strength to smile." pic.twitter.com/oeH5UTv6Em

In 2016 the Virgin Money London Marathon raised £59.4m for good causes, which set a new world record for an annual single day charity fundraising event for the tenth successive year. The race was founded in 1981 and has so far generated over £830 million for good causes.
Famous faces including Olympians Jo Pavey, Helen Glover, Heather Stanning and Jayne Torvill, as well DJ Chris Evans and news reader Sophie Raworth will take to the streets on Sunday alongside an estimated 40,000 participants.
Susan Pinkney, head of research at CAF, said:

“The London Marathon is one of the world’s greatest sporting events and among the biggest and best fundraiser. While this year’s race will promise to be as competitive as ever, our research suggests that women are surging ahead of men when it comes to running for a good cause.
“The huge popularity of marathons and fun runs is a great thing for those taking part and for the millions who benefit from the vital work of charities being supported. For many runners, raising money for a good cause can be one of the crucial motivating factors.” 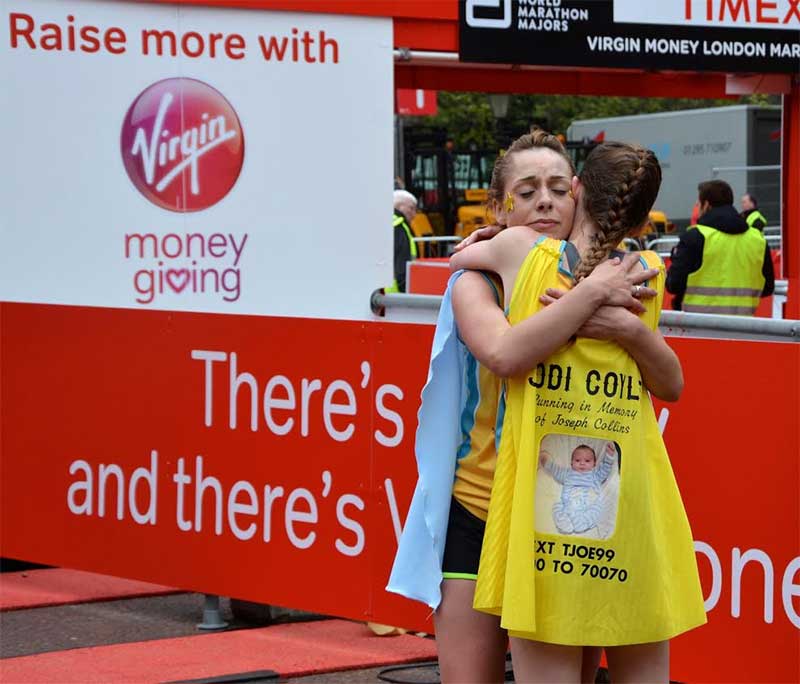