Telephone fundraising agency Listen Fundraising has announced the measures it is implementing following criticism of some of its staff in The Mail on Sunday over the past two weeks.
The fundraising agency was one of two criticised in the newspaper over its alleged tactics, including training staff “how to cynically squeeze cash from potential donors including 98-year-olds and cancer sufferers”. The agency works with many charities including Oxfam. Although the latter suspended its work with Listen, its Director of Fundraising, Tim Hunter, pointed out that “the headline in the Mail on Sunday claiming that we target 98-year-olds is factually incorrect. It is against our policy to target vulnerable people”.
The newspaper followed up a week later with another allegation about one staff member claiming that some staff took drugs after work and off the company premises.
Listen‘s MD Tony Charalambides said they “take any examples of inappropriate behaviour very seriously and have already taken steps that go well beyond the isolated staff incident filmed by the newspaper”.

The company has responded in three ways to tackle the allegations. Some of these activities were already in hand before the newspaper’s first publication.
It has:
• Appointed an external independent auditor, Grant Thornton, to assess Listen’s processes. With their extensive experience auditing call centres, they will look in detail at everything from Listen’s processes to its company culture.
• Introduced full video recording of all induction training sessions. Footage “will be available to clients upon request at any time”. Clients continue to be “welcome to attend all our training sessions as observers at any time”.
• Launched internal disciplinary investigations, overseen by external HR advisers, to deal specifically with the issues raised by the Mail On Sunday articles.
Managing Director Tony Charalambides said:

“Listen prides itself on being a leading fundraising organisation, and our aim is to inform best practice across the industry. Professionalism, commitment and transparency have always been at the very heart of what we do. For example, 100% of our calls are recorded and our clients are able to hear those recordings at any time. We work in partnership with our clients and they have always been able to attend our training sessions whenever they want”.

Listen Ltd was set up in 2008 and has two call centres in London. It has raised more than £150 million for charities since it was set up. It has won awards for is work at the Institute of Fundraising Awards and Direct Marketing Association awards.
Charalambides acknowledged that the company has to continue improving its work. For example, for some time it has been looking in detail at fresh approaches to fundraising: this year it sponsored the telephone element of independent research by fast.MAP for the Institute of Fundraising about key fundraising channels.
He said:

“The findings showed telephone fundraising is the most responsive channel, but scored lower on engagement with donors, and that remains a crucial challenge for the sector as a whole”. 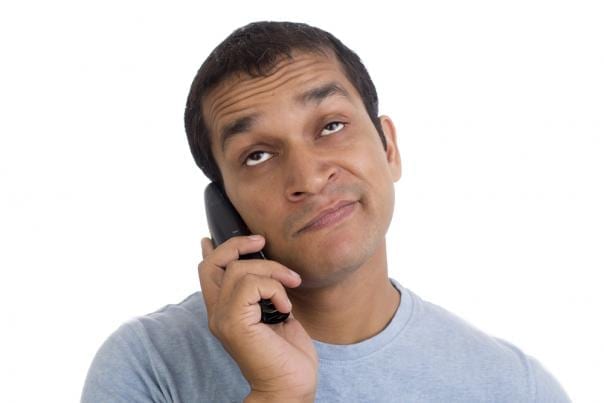